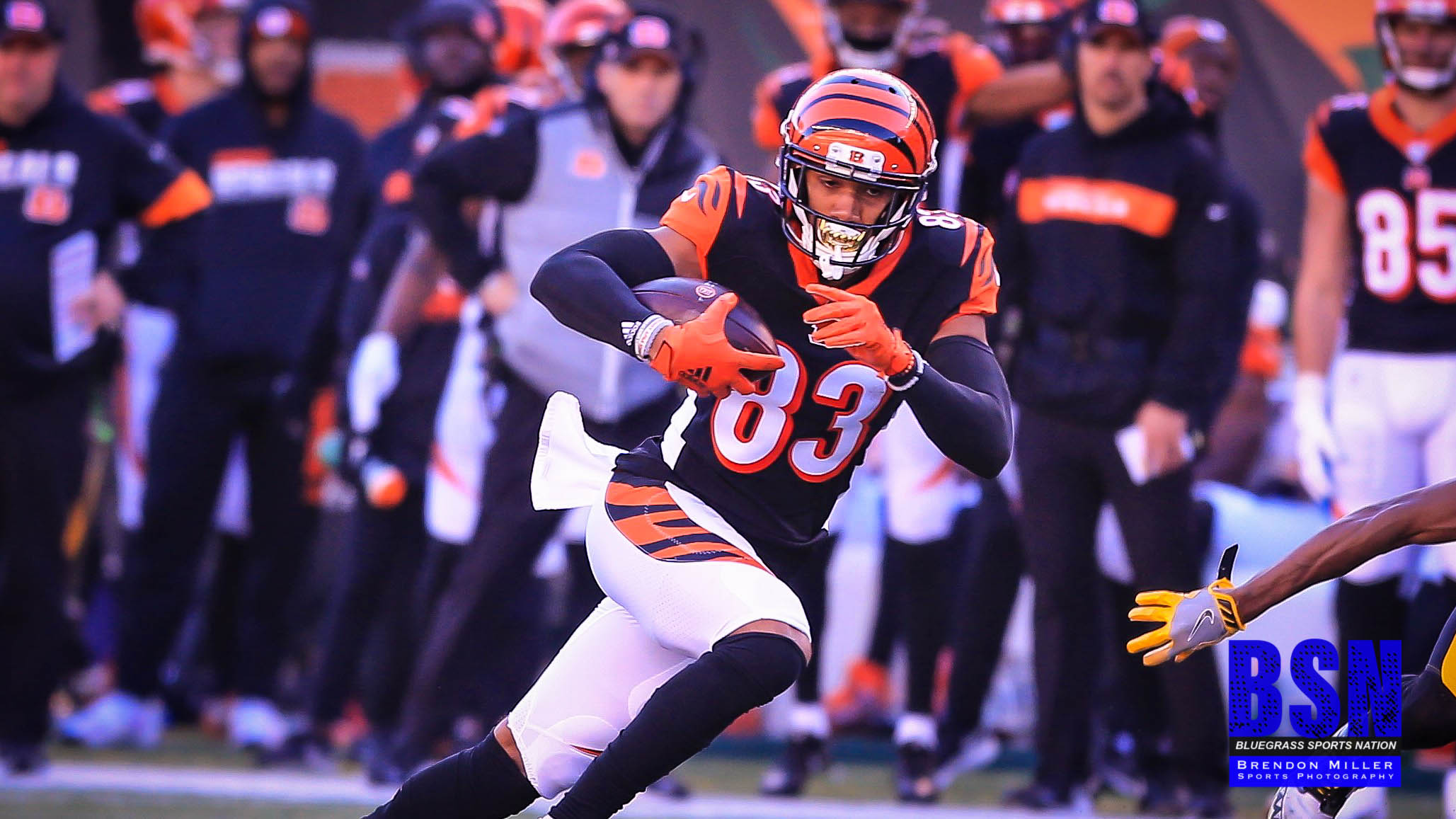 Mayfield conpletes 22 in a row including game winner

The Bengals’ Joe Burrow and the Browns’ Baker Mayfield staged a duel Sunday at Paul Brown Stadium worthy of their overall No. 1 draft status.

After Burrow completed a 406-yard day with his third touchdown pass of the day to give the Bengals a 34-31 lead with 1:09 left, Mayfield completed his 22nd straight pass that turned into wide receiver Donovan People-Jones’ first NFL touchdown catch with 11 seconds left from 24 yards out in Cleveland’s 37-34 victory.

With 8:45 left, Burrow got them the lead back when he bounced in the pocket, hit rookie wide receiver Tee Higgins running over the middle and he bounced off linebacker B.J. Goodson and bolted into the end zone for a 16-yard touchdown.

That left Burrow a blistering 30 of 40 for a career-high 342 yards and his fifth 300-yard game, leaving him one shy of the rookie record. Wide receiver A.J. Green had a great catch-and-10-yard run for a first down and Burrow added a 12-yard scramble.

They were doing it with a reconstituted offensive line of center Billy Price in for Trey Hopkins (out with concussion) and left tackle Fred Johnson in for Jonah Williams (out for the game with a neck injury) and they stepped up in a major way.

They both had false starts on that final drive, but Burrow erased them on a 12-yard run on a quarterback draw. That put them in the red zone for the seventh time and after three runs to running back Giovani Bernard that set up a fourth-and-one from the Browns 3 behind three new offensive linemen (right tackle Bobby Hart left before that play). Burrow went play-action to running back Samaje Perine and flipped the touchdown pass to Bernard after Bernard had split out and went in motion to the right.

But the Bengals just couldn’t stop Mayfield. He hit 19 straight passes for 222 yards, a stretch that included a career-tying four touchdown passes, the last one coming with ten minutes left on a wide-open nine-yard swing pass to running back Kareem Hunt that made it 31-27.

The Browns took their first lead of the game with 13:13 left on two crushing third-down conversions. Bengals end Carl Lawson lined up in the neutral zone to eliminate a drive-ending incompletion. Then on third-and-four Mayfield hit wide receiver Rashard Higgins on a back-shoulder throw as he worked against cornerback LeShaun Sims. Then, despite good coverage by safety Vonn Bell, tight end David Njoku made a diving a 16-yard touchdown catch to make it 24-20.javascript:falseBurrow’s family loves QB’s TD laser to Boyd at the goal line before half

On the Bengals’ first drive of the second half, head coach Zac Taylor emptied the cupboard. Burrow threw a behind-the-line pass across the field to Boyd and he threw it back to the other side to running back Giovani Bernard on what amounted to a screen pass and he went for 16 yards.

On the next play, they ran a reverse to Higgins for seven more to get into the red zone for the fifth time Sunday. On third-and-goal from the 4, Burrow dropped the shot-gun snap, but didn’t need to look when he threw a nice ball to Green in the right corner of the end zone. Green went up over cornerback Denzel Ward and had both hands on it, but as they were coming down Ward got a hand in and Green couldn’t hold on. For the third time on the day the Bengals failed to score a red-zone touchdown. Randy Bullock did give them the lead at 20-17 with 2:53 left in the third quarter.

That was good enough to give the Bengals a fourth-quarter lead for the fifth time in seven games.