C.J. Conrad is “Excited” to be Back in the UK Football Program 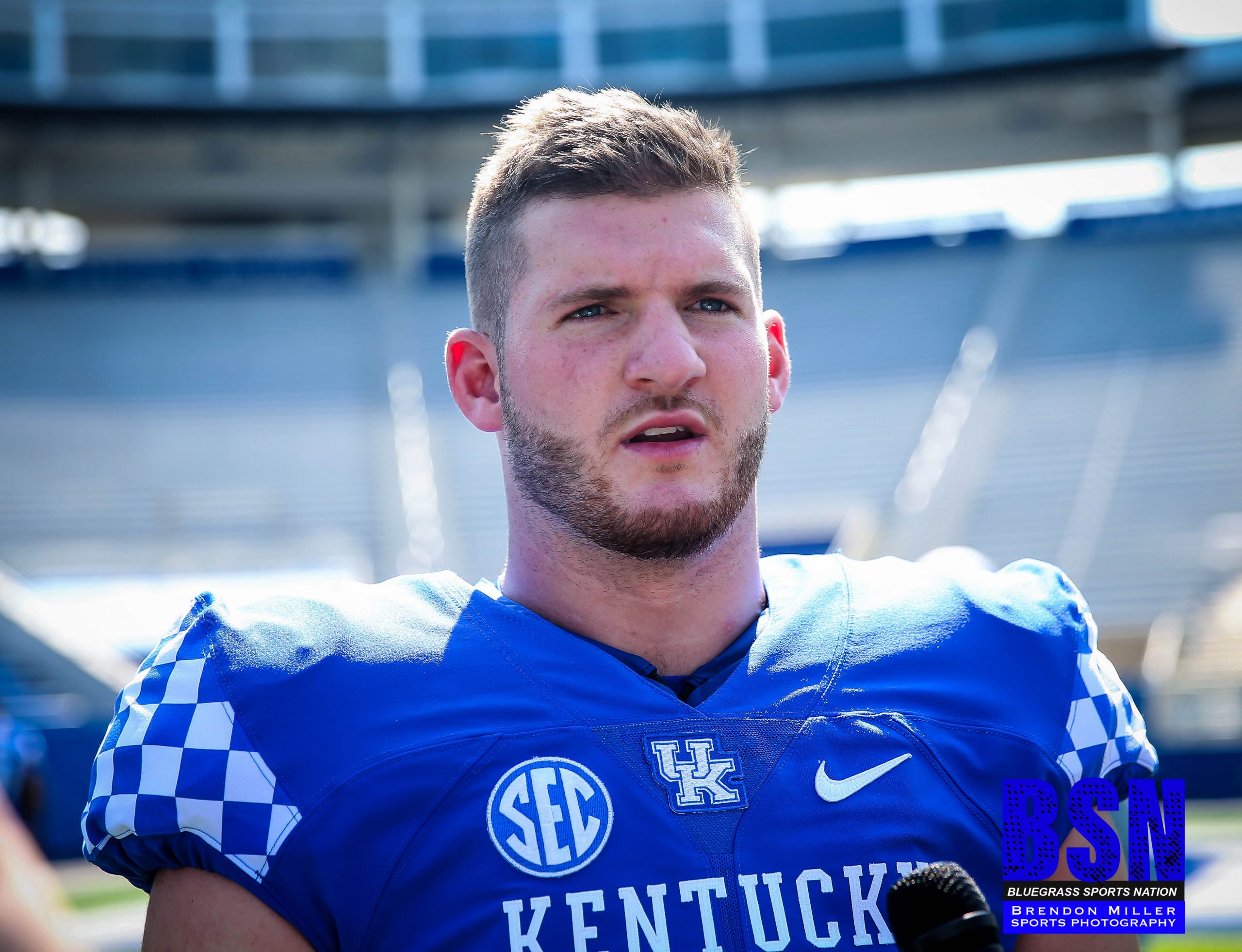 Conrad is excited and optimistic for what the future holds.

Former Kentucky tight end C.J. Conrad has joined the UK football coaching staff as a graduate assistant. Conrad played at UK from 2015-18, and during that time he quickly became a fan favorite. After graduating from UK with a degree in communications, the 6-foot-5 tight end went on to spend time with the New York Giants. However, his long-term NFL aspirations were dampened at the 2019 NFL Combine when he learned of an issue with one of his heart valves, which caused irregularities in his heartbeat.

According to Conrad, roughly 80% of the league deemed him unsignable due to his medical condition. All of that, plus the complications that come with trying to make an NFL roster during the COVID-19 pandemic, leads the tight end to believe his playing days are behind him.

Conrad also accomplished a lot off the field. He was named to the 2018 SEC Community Service Team, was a nominee for the 2018 Allstate AFCA Good Works Team, was a four-time member of the SEC Academic Honor Roll, and won the 2018 Pop Warner National College Football Award, which recognized a graduating senior for their work both on the field, in the classroom, and in the community. Without question, Conrad has earned a reputation for being a hard worker and an outstanding person.

This afternoon, he met with the UK media via Zoom to discuss his return to the Kentucky football program. Conrad says he is super excited to be back in the program, and believes he can provide the coaching staff with the players’ perspective since he was a player himself in that same locker room not that long ago.

When asked if he had always had an interest in becoming a college coach, Conrad said, “I always wanted to be a college coach at one point. I didn’t know how soon based on, obviously, my NFL career. So, that shortened a little quicker than I thought it would.”

Conrad was also asked if he was going to be able to get the tight ends more involved in the offense going forward, he chuckled and said, “Trust me, I’m going to do as much as I can.”

When reminded of Coach Stoops’ love for Starbucks, the graduate assistant jovially acknowledged what his duties might include. “There’s a very high potential that I could be picking up some coffee this year,” Conrad said.

While there is a seemingly endless amount of possibilities as to how the college football season will unfold, Conrad being back with the UK football program is a positive for all involved.