Calipari: CATS Had a Buzz and Riding High Going into SEC Tournament 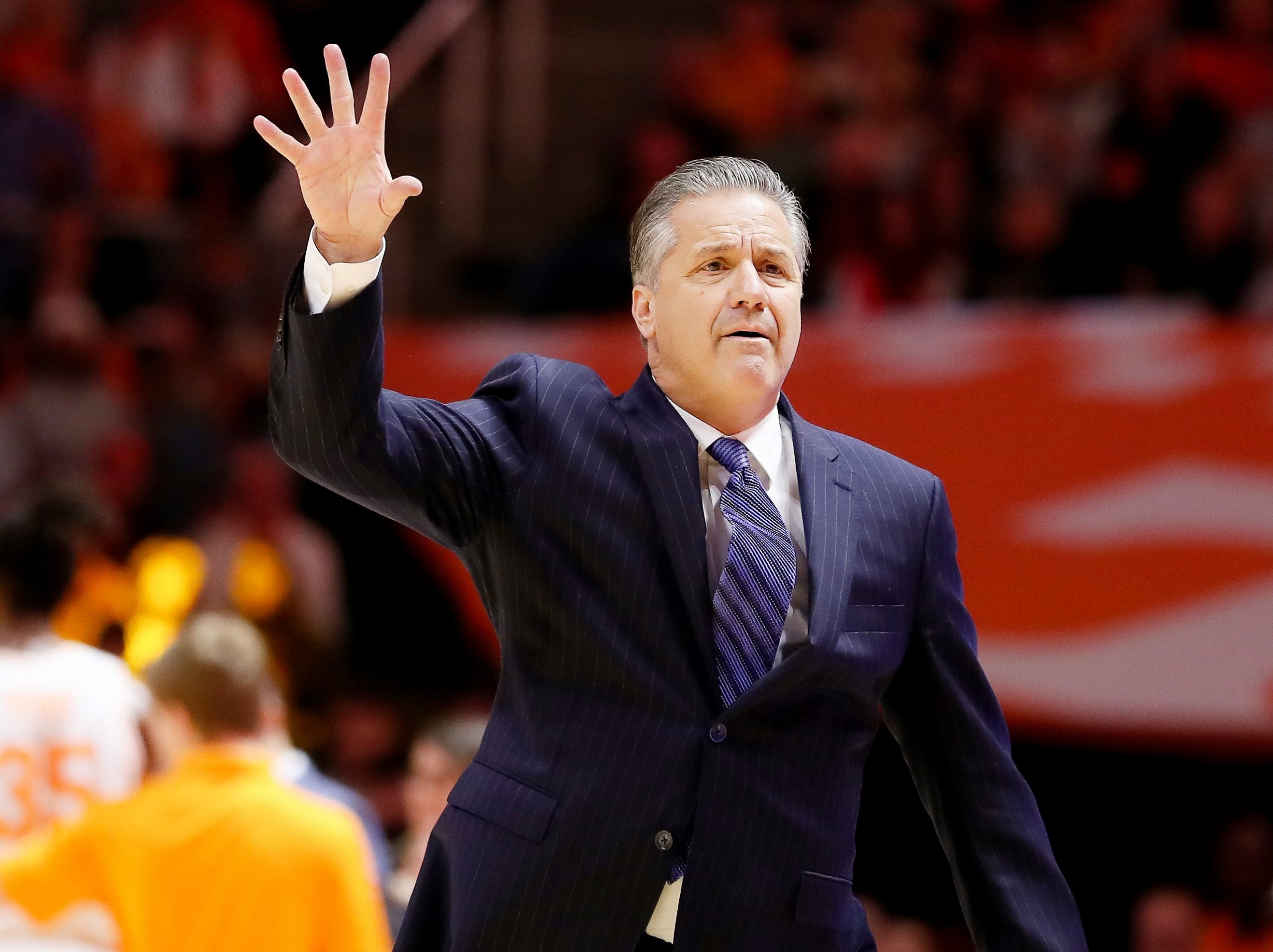 John Calipari has been away from his team for nearly a week. He still thinks about what could have been.

The Kentucky coach recalled his team’s last practice during his final radio show of the season on Monday night and admitted it wasn’t easy bidding farewell to a season that was cut short by a coronavirus epidemic that brought everything to a screeching halt last Friday.

“This may be the earliest I’ve stopped doing what I do in my whole (college) career,” the Kentucky coach said. “… It was fate, it wasn’t anything else (and) the kids had done their job.”

Calipari said one of his players — whom he didn’t reveal — thanked the staff because “you believed in me when I really didn’t believe in myself and you didn’t let me stop.”

“If that doesn’t give you chills…. We have another young man (Immanuel Quickley) whose goal was to start for Kentucky, that was it, and he ends up being player of the year in our league.”

After the Southeastern Conference Tournament was canceled last week, Calipari held out hope the NCAA Tournament would be held amid a national crisis that silenced collegiate and professional sports.

“They came back and played pick-up,” he said. “I heard later, they all sat down and they cried.”

Kentucky finished the season with a 25-6 record, including a 15-3 mark in the SEC. All six of the team’s losses were by nine points or less. In the team’s finale, the Wildcats rallied to defeat Florida 71-70 without point guard Ashton Hagans and also without Quickley in the final nine minutes.

“I thought we were going to win the whole thing,” Calipari said. “We had a mini-crisis at the end of the year, nothing crazy, but the kid (Hagans) wants to step away and all the sudden Johhny (Juzang), Nate (Sestina) and Keion (Brooks) step up and we win a game we had no business winning and Immanuel was out also, which tells you we had a full team going into the tournament. I can’t tell you the buzz (we had) when we got back (when we returned from Gainesville) and what it was like.”

While preparing for the SEC Tournament, Calipari had his players split up the teams for a scrimmage.

“I had my back turned to them and I walked to my table where I had my practice plans because I wanted to see what would happen and what they would do,” he said. “Ashton started putting on the second team jersey and three of the guys said, ‘no, no, put that stuff back on’ and I knew we were fine, I walked in and we practice. … For two days we were really competitive.”

The NCAA hasn’t made a full determinationif seniors can return next season and Calipari said graduate transfer Nate Sestina is open to returning for a second season if it’s a viable option.

“If he could keep playing and they let him play (he’s coming back and he wants another year of this),” the Kentucky coach said.

It remains to be seen what will happen in the future. Until then, it’s only speculation.