Calipari Not Fretting Over Sestina’s Injury, Gleans on Past to Cope 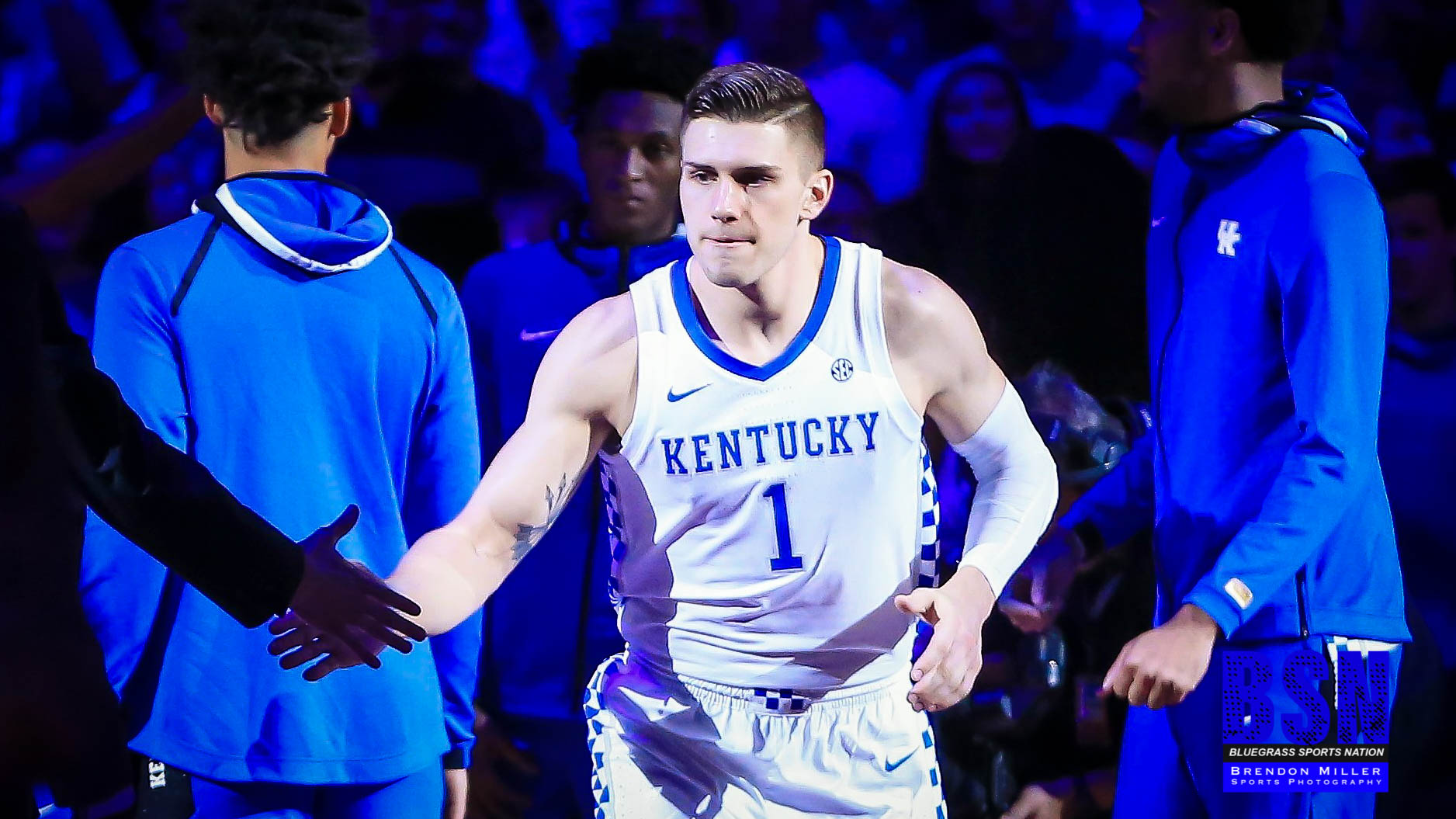 John Calipari is gleaning on his past experiences as his team moves forward without one of their top players, leaving the Wildcats short-handed going into Friday night’s game against the University of Alabama-Birmingham.

Graduate transfer Nate Sestina went down with a fractured his non-shooting wrist toward the end of practice Tuesday and will miss between four to six weeks. Sestina was scheduled to have surgery Wednesday morning.


Calipari said the injury occurred after he went for a layup that got blocked and fell back and tried to catch himself with his wrist and hand. Calipari added the injury was “unfortunate but part of what we do.”

“We haven’t had a full team in over a month,” the Kentucky coach said. “… now we regroup — next man up.”

Calipari dealt with the same issue while he was at the University of Massachusetts early in his coaching career and is making adjustments accordingly in practice.

“I’m not going to fret,” he said. “It is what it is — I’ve done it before. It’s not like I haven’t, and it kind of got me going. Like even (Tuesday) night, I played a small lineup today. The small lineup being guards and Kahlil (Whitney) and one big. It didn’t look bad. I’m trying different stuff. How would we play with this unit?”

He added that most college teams deal with the same scenario at different times during the regular season and added Sestina’s absence will give others an opportunity to play. Calipari said freshman Dontaie Allen and reigning Kentucky Mr. Basketball “played a little bit of half-court” on Wednesday, adding that he “didn’t move great.”

“Every team has issues,” he said. “I just hope everybody else’s issues are worse than ours, but every team has issues. It’s what it is. As a coach, how do you make this end up being a positive, so when he comes back in three, four weeks that we have a team that can play different ways and we’re adding a veteran that’s been out.”

Sestina was averaging 7.3 points and 7.2 rebounds per game through the first six contests and scored 12 points and grabbed 11 rebounds in a 91-49 win over Eastern Kentucky on Nov. 8 for his first double-double of the year.

Kentucky guard Ashton Hagans is optimistic Sestina will return before the team opens the Southeastern Conference portion of the schedule and added the Wildcats are used to overcoming adversity.

“We had a few ups and downs at the beginning with EJ (Montgomery), but it’s time for somebody else to step in and the next man show us what they got and do something special,” he said.

Hagans said the Wildcats will miss Sestina’s “physicality and mindset” the most.

“He’s talking loud all 40 minutes, the whole practice,” he said. “That’s when Nick (Richards) steps in and talks more with us, EJ talk more to us. It’s just, we’re at a perfect spot right now. Luckily it’s at the beginning of the season and we’ll have him back real soon.”

One of the players who will be counted on to fill the void is freshman Kahlil Whitney, who is averaging 6.2 points per contest. Like Hagans, Whitney said Sestina’s vocal leadership is his best attribute on and off the court and aded it’s an opportunity for another player to step up and fill the void.

“I hate it for Nate,” he said. “He’s one of the most unselfish teammates and he brings energy to every game. It’s just sad that something like that happens. He is our biggest communicator. He is always trying to get us to communicate and he’s pretty much our anchor on defense and and on offense. We’re definitely going to miss that, but now it’s time for other guys to step up and take that role.”

FEAST WEEK
The Wildcats planned to have a “nice meal” on Wednesday night before serving meals at the Salvation Army on Thanksgiving Day.

“I want them (the players) to feel that they’re blessed,” Calipari said. “That people are struggling. That you have an impact on people. That if you make this about other people life becomes more joyful. If you’re so focused on you and your own, it’s a small world. I reminded them today that I’m like their people.”

The Kentucky coach urged families to lend a helping hand to the less fortunate during the holiday season.

“If there is anyone in your neighborhood that you know is going to be alone, have them come to your house,” he said. “Whether they’re older, whether they’re single, whether they just moved in, have them come to your place. Or, maybe go somewhere where you can help others have a great Thanksgiving. This is a day for all of us tomorrow that we should be giving thanks for the blessings that we’ve all been given and pay it forward.”

LOSS A LESSON
Calipari was surprised to learn about top-ranked Duke’s 85-83 loss to Stephen F. Austin on Tuesday night and said experienced teams can pull off upsets at any given time.

“When you have young kids, a veteran team can do that to you,” he said. “And especially if it’s not going right, then those young kids have never been in that situation, especially early. So I would imagine the veteran teams have a big advantage on all that stuff.”

Whitney said the Blue Devils’ loss “just shows that anybody can get beat.”

“You’ve got to come out and give it your all every night,” he said.

He added the Wildcats’ 67-64 loss to Evansville while atop the polls served as a wake-up call.

“We look at that loss and we (have been) getting better with each opportunity,” Whitney said. “We learned that we have to come out and play, no matter who it is and don’t lower yourself to the level of the competition.”