Calipari Plans to Stay Connected with CATS Via Calls and Texts 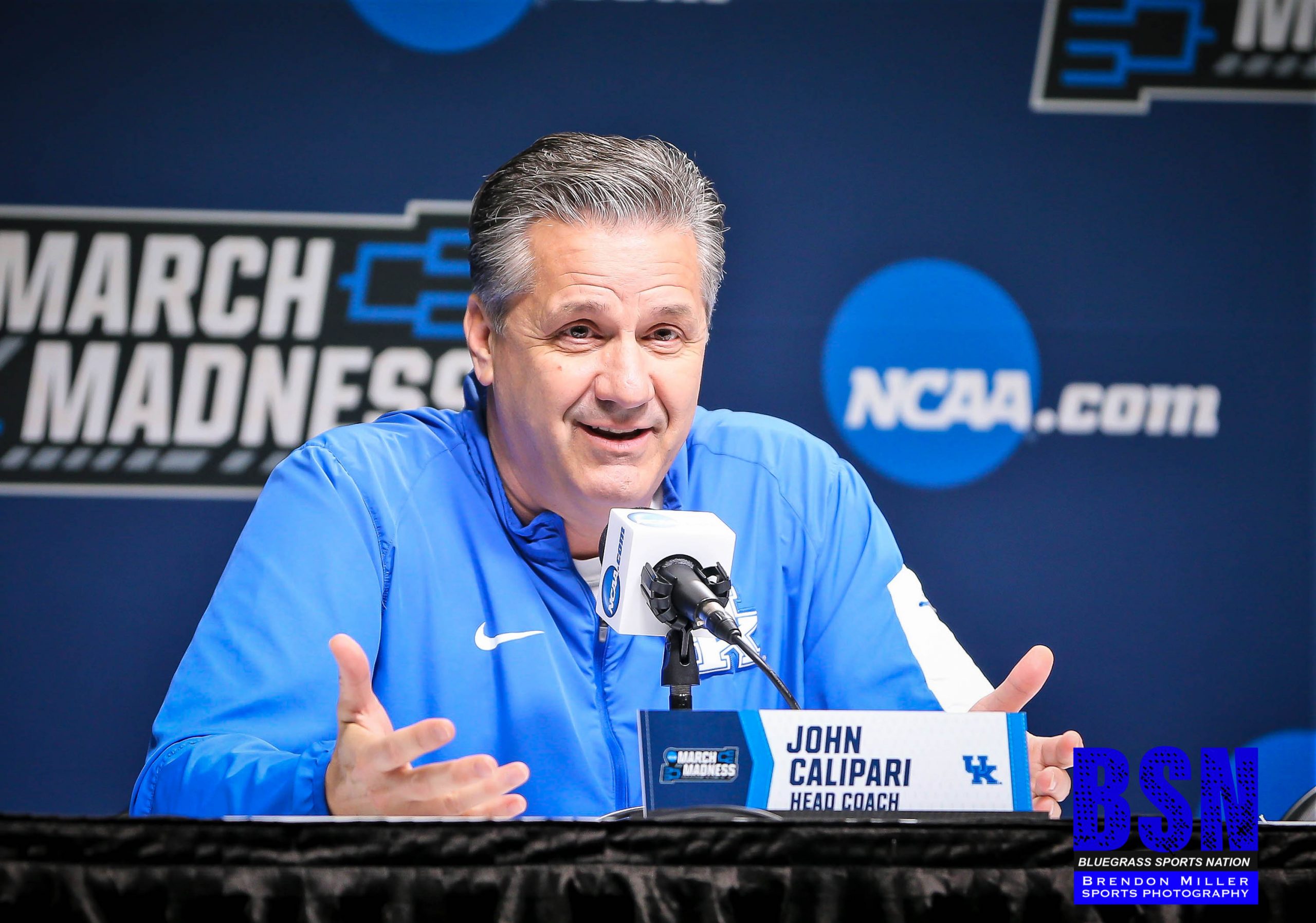 Reality is beginning to sink in for Kentucky coach John Calipari.

After both the Southeastern Conference and the NCAA Tournaments were canceled earlier this week, because of coronavirus concerns, Calipari came to the realization Saturday the team’s season ended following last week’s 71-70 win over Florida in Gainesville.

“It kind of hit me this morning that my time to have an impact on the young people on this team is done,” Calipari said in a tweet.

The Wildcats finished with a 25-6 record and won the league title for the 49th time in school history. Kentucky won 15 of 18 league encounters this season.

The league imposed further restrictions on member institutions on Friday and all athletic activities are suspended through the middle of April. Originally no teams were allowed to resume contact until March 30. That deadline was moved to April 15.

“We were told yesterday that the athletic facilities were being shut down and that we cannot have in-person contact with any player or the team until April 15,” the Kentucky coach said.

Despite not being able to have in-person contact with his players, Calipari plans to remain in touch with each member of the team.

“Don’t get me wrong, we will stay connected with the kids,” Calipari said. “We will still text and talk over the phone and give these kids guidance. It’s just not seeing my guys every day that is going to hurt for a while.”

Calipari added, “If we’ve done our jobs and their families have done their jobs, our kids will continue to make good decisions.”

“My hope is we’ve set a great foundation for their future success,” he said. “(I) hope everyone is staying safe out there and listening to the advisories of our nation’s leaders.”

“My passion in basketball started in New York and will end there at Iona College,” Pitino said. “At Iona, I will work with the same passion, hunger and drive that I’ve had for over forty years. There is real professionalism in how things are run here and this is a very tight, strong community. The priority in New Rochelle right now is helping students continue their education online in light of the coronavirus and I very much look forward to the day when the community is back on campus and to get to work on further elevating this strong program.”

The Hall of Fame coach has compiled a 770-271 record in 32 seasons at the collegiate level. He is the only coach to take three programs (Providence, Kentucky and Louisville) to the Final Four and is the first coach to win two NCAA titles at two schools.

Pitino was fired after his program at Louisville was tied to a scandal prior to the 2017 season.