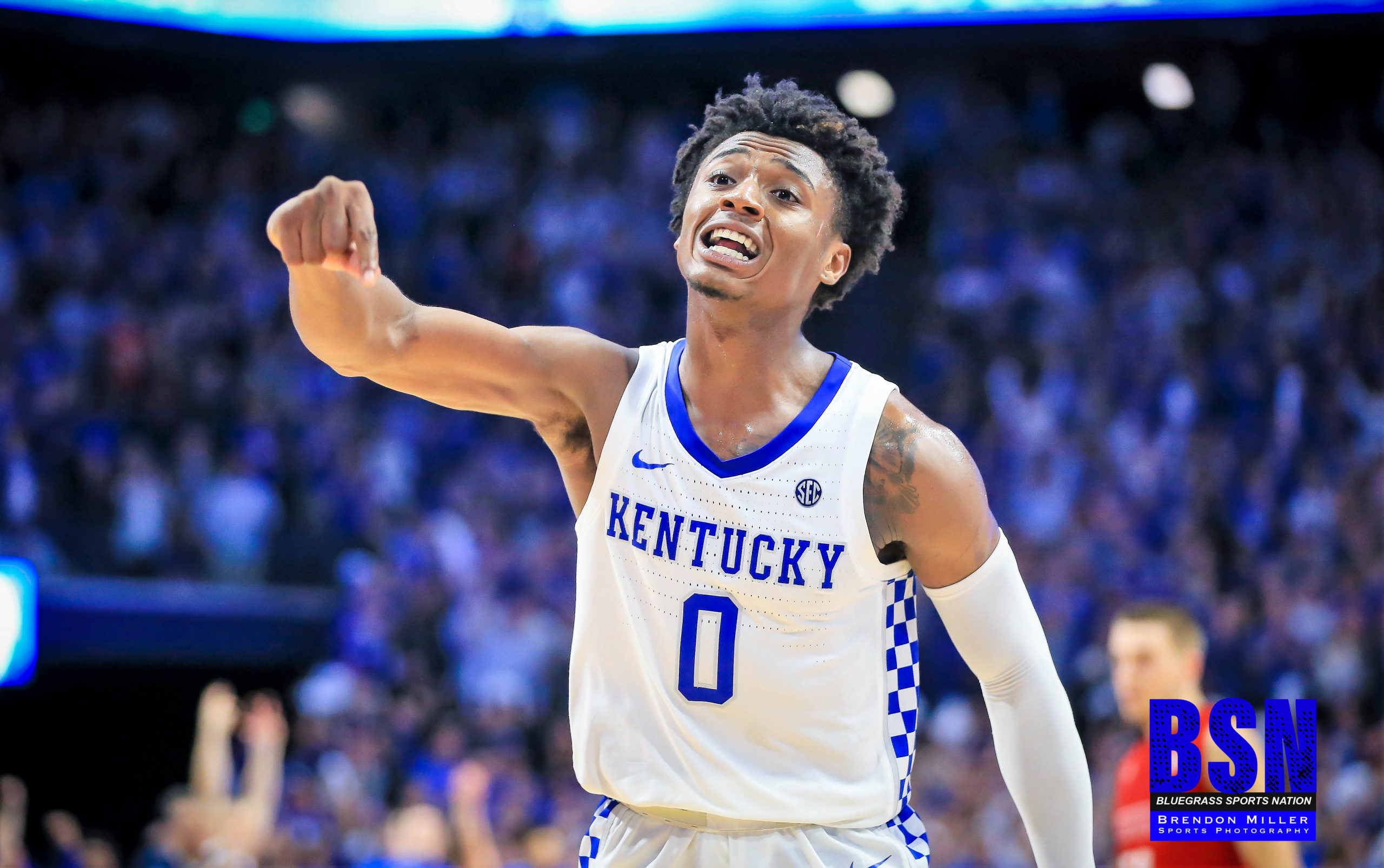 John Calipari isn’t worried about Ashton Hagans and the Kentucky coach expects to meet with the sophomore point guard soon to sort out their differences as the Wildcats prepare for the Southeastern Conference Tournament.

“My hope is we’ll talk (Monday) or (Tuesday) and I think he’ll be fine,” Calipari said Monday during the SEC Teleconference. “Whether I start him or not, I don’t know. We’ve got practice days and we’ll see how he is. I just want him to be healthy and in great  frame of mind.”

Kentucky dropped one spot to No. 9 in the Associated Press Top 25 poll released on Monday and is the No. 1 seed for the upcoming SEC Tournament. The Wildcats (25-6) received a double-bye and will play the winner of Thursday’s Alabama-Tennessee game at 1 p.m. Friday at the Bridgestone Arena in Nashville.

Hagans missed Kentucky’s regular-season finale at Florida because of “personal reasons.”  He didn’t start against the Gators in the first meeting between the two teams last month because of an injury. Without Hagans on Saturday, the Wildcats rallied from an 18-point deficit to defeat Florida 71-70 in Gainesville.

Hagans has struggled with turnovers down the stretch and committed 11 combined in wins over Florida and Texas A&M earlier this season. Hagans started 29 of the team’s first 30 games and came off the bench in the contest against the Gators earlier this year. He scored just four points in a win over Auburn last week and has made just 16 shots from long range this year and is 1-for-9 in the past four games.

Hagans is averaging 11.5 points per game and has 191 assists. . He and Calipari reportedly got into a “heat of the moment” exchange in the second half on the loss to Tennessee last Tuesday.

Calipari said Hagans and the rest of the team need to focus in the future and not the past.

“You’ve got to clear your mind, reboot, let’s go, take responsibility, do what you’ve got to do for the team,” he said. “If you don’t have it going, we go with somebody else. I’ve told everybody that the way we’ve been able to do this this year (is because) we don’t know who’s going to be that guy. But when the game ends up getting going, we’ll all see if it’s him — let’s go to him.”

Tyrese Maxey took over for Hagans at the point-guard slot and finished with seven points and seven assists. He missed his first eight shots before draining a 3-pointer with 9:23 that pulled the Wildcats within 60-48 after the Gators had built a 59-41 lead midway through the second half.