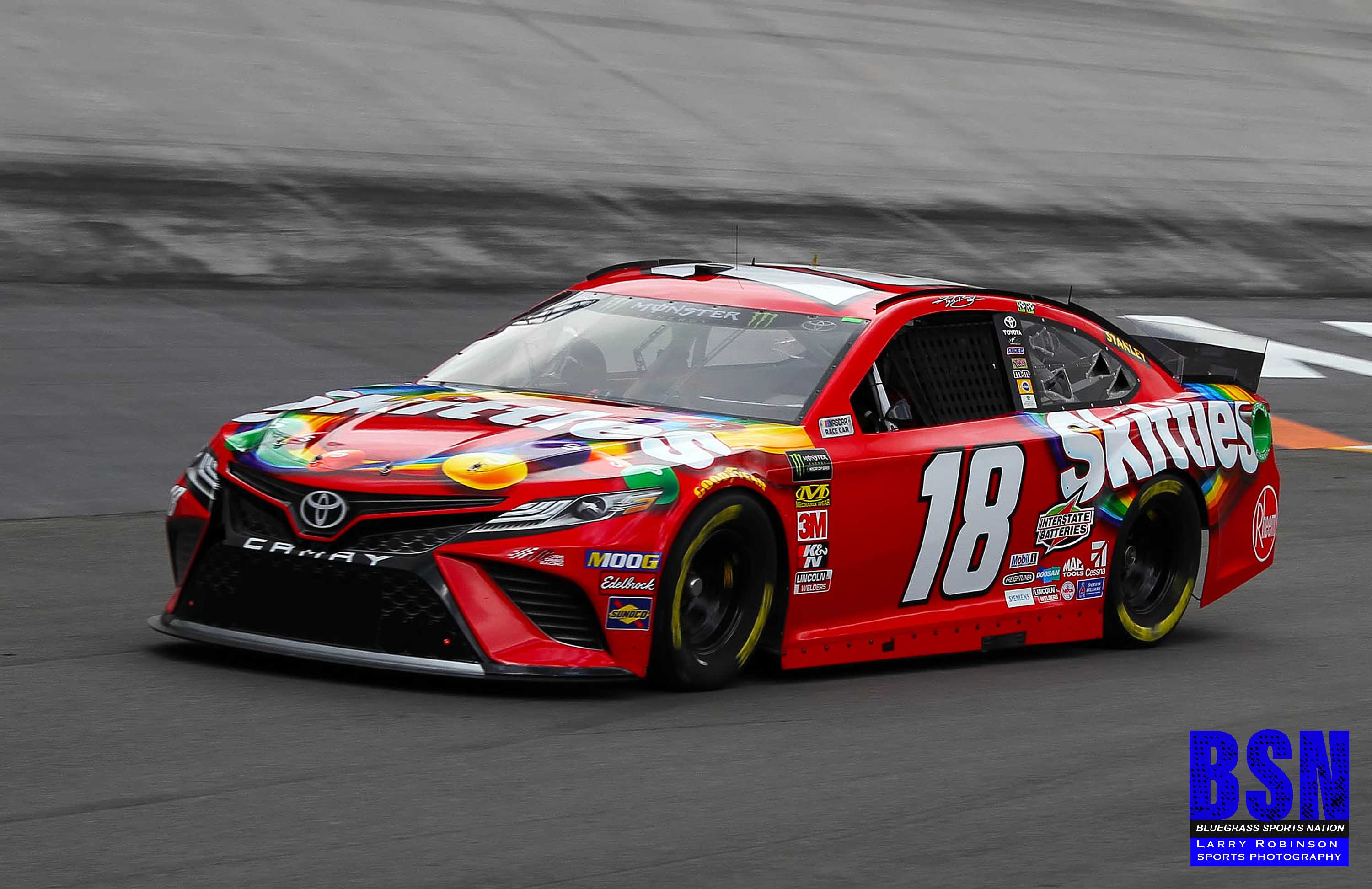 Hendrick Driver of the No. 24 – William Byron continued to roll off Bush Pole Awards by capturing the point for the Pocono 400.   Byron led the field for the first 20 laps in Stage 1 until a mandated caution flag was waved, due to severe rain storms which accrued the previous night.  Teams resorted to 2-tire pit service for track position advancement.  Kyle Larson – Driver of the No. 42 Ford capitalized with this strategy to win Stage 1.

Kyle Larson would be challenged by Driver of the Penske No. 2 Ford – Brad Keselowski and both would swap the lead at the early segments in Stage 2.  Austin Dillion brought out the 2nd caution as his No. 3 Chevy pounds the wall, ending his day.  By far a race not expected and or anticipated for the Dillions, as Tye Dillion – Driver of the No. 13 Hendrick Chevrolet brushed the wall only a lap after his brother’s accident. Brad Keselowski’s decision to stay out for track positioning at the beginning of the final Stage would hampered Brad’s chances to stay up front, Shortly thereafter Brad’s lead was relinquished to Kyle Busch.   A stray of domino cautions at lap 58 involved Driver of the No. 95 Deavine Family Motorsports Toyota – Matt DiBenedetto and Matt Tifft – Diver of the No. 36 Font Row Motor Sports Team whom initiated car damage as result losing control of their cars.

With 28 laps left to decide the outcome of the race, Clint Boyer – Driver of the Stuart- Haas Ford charged to the lead passing front runner Kyle Busch.  Entering in as one of the favorites, Martin Trues Jr. encountered engine problems and was force to pit behind the wall with 8 laps to go.

By relying on speedy pit service, Kyle Busch was able to regain the lead on the Final Stage restart. Kevin Harvick – Driver of the No. 4 Stuart-Haas Ford begin to make strides to the front as he trimmed into Kyle Busch’s lead.  Busch teamed up with other drivers to pit  on similar sequences to circulate his No. 18 Toyota back to the front claiming his 55th Monster Energy NASCAR Cup career win and 4th victory of the 2019 Cup schedule.