Cardinals outlast the Knights for the Win, 75-65 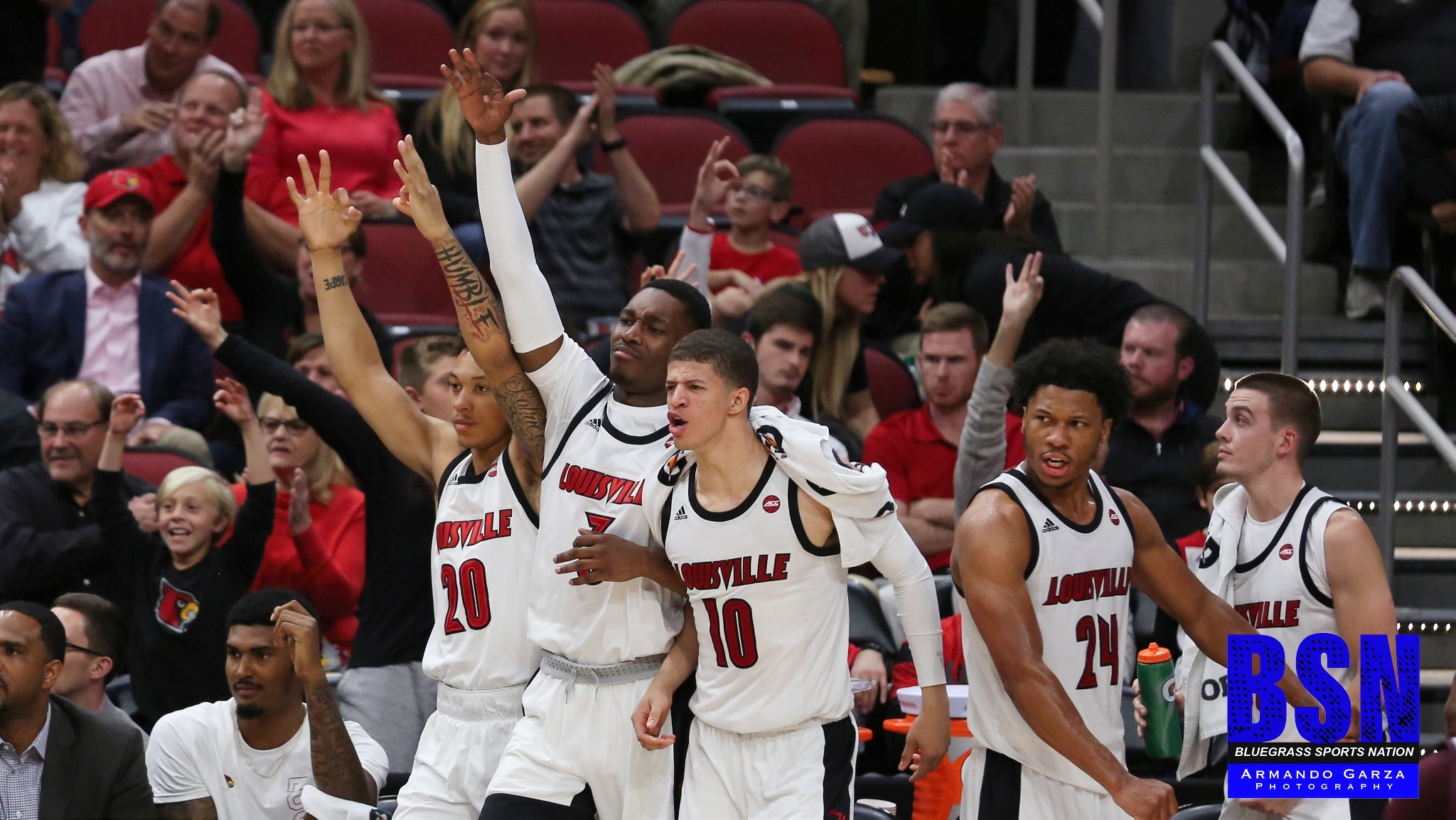 Cards down Knights in Exhibition

Going into the sole exhibition game against the Bellarmine Knights, the Cardinals would have to contend without the help of injured players Steven Enoch and Malik Williams. What seemed to be a sure win to some for the Cardinals, proved a little more challenging. But nonetheless, the Cardinals did win. The final score was 75-65 which was far from the landslide some hoped for. Why the hope, the Cardinals last met the Knights on October 28, 2018 at the Yum Center winning with a score of 71-60. Maybe just
maybe, one should give Scott Davenports Knights a little more of what they deserve … RESPECT!

The Knights came to play! They were quick and they love to move the ball. Remember the Knights compete at a Division II level but
are making the transition to compete at The NCAA Division I level. There is a reason for that folks, they can play. Out of the 5 starters, 3 put double digit numbers on the board. Forward and Louisville native, Alex Cook (11) led the Knights with 20 points and 9 rebounds with Ben Weyer coming with 15 points and 5 rebounds. Dylan Penn (13) had 12 points.

Games like this one are good for the local teams, a good challenging game with your favorite team winning even though it does not count towards regular season rankings.. This win gives the Cardinals an overall record of 21-0 over the Knights. For those of you who got stressed over this game, you might find some relief to know this was the last exhibition match up between the Cardinals and the Knights. The Knights making the move to Division I next season, will not allow them to have an exhibition game against the Cardinals.

The Cardinals were not at full strength which could have been the difference this year. The Cardinals have some things to work on but I don’t feel like it is a major concern. For the freshmen, this was the first game to play in front of their fans. The mistakes that were made can be fixed and/or minimized by the veteran players once they regain full strength. Freshman Samuel Williamson (10) proved himself with 17 points and 9 rebounds. Dwayne Sutton (24) and Jordan Nwora (33) did not disappoint, you know what you are going to get with them. Nwora (33) put up 28 points on the board and had 5 rebounds. Sutton (24) was the 2nd highest scorer with 18 points with 13 rebounds, I believe it is safe to say he was very instrumental in this contest.

Darius Perry (2) put up 10 points with 7 rebounds. Ryan McMahon (30) had an off game. But there is hope! As Rannulph Junuh once lost his swing, Bagger Vance convinced him all he had to do was find it. Rest assured, McMahon (30) will get his game on!

The Cardinals next and first game of the season will be against the Miami Hurricanes in Miami. The game can be watched on
ACCN.