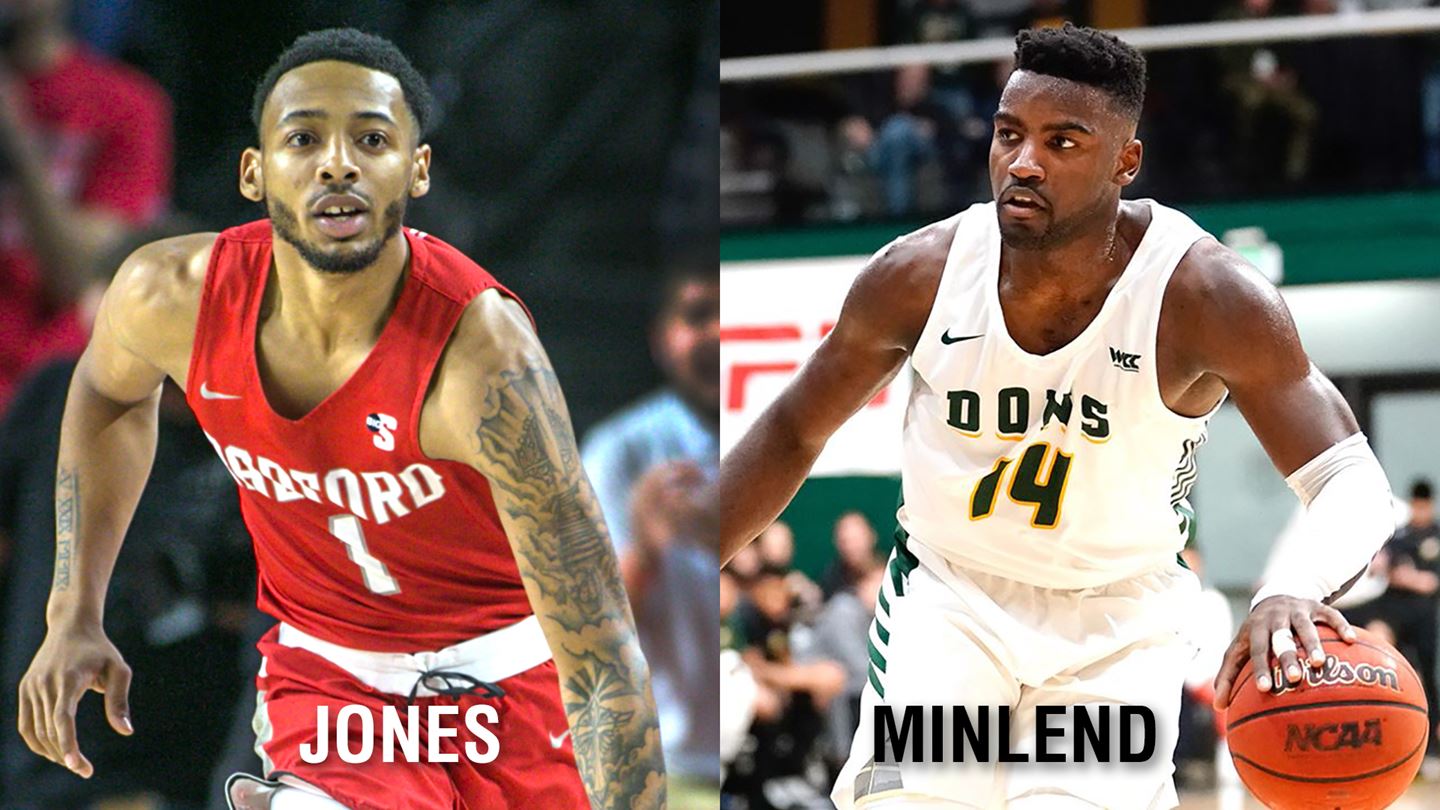 “We are excited to add arguably the best transfer guard available in Carlik Jones,” said UofL Coach Chris Mack. “He has a tremendous feel for the game but most importantly loves to win. His decision making will add much needed experience to our team. Carlik is a talented scorer who can shoot it, drive it and finish through contact. His career at Radford was ultra-impressive. He’s a quality young man who comes from a tremendous family. I believe Cardinal fans are going to love what he brings to our program.”

Noted as the top graduate transfer in the country by ESPN, Jones was the only player in the nation to average at least 20.0 points, 5.0 rebounds and 5.0 assists per outing last season, and was one of 16 players in Division I men’s basketball to do so since the 1996-97 season.  His scoring average was 28th in the nation and his assists per game ranked 36th nationally.  He was ranked among the top 25 players in college basketball for 2020-21 by ESPN.

The 2019-20 Big South Player of the Year, Carlik (pronounced car-LEEK) produced 18 games with 20 or more points, including scoring 30 or more on three occasions, and had 16 games with five or more assists, including four with 10 or more.  His 175 assists and 641 points were both the third-highest totals in Radford history.

Jones became the seventh player in conference history to reach over 1,000 points, 400 rebounds and 400 assists in a career. His 1,552 career points rank eighth at Radford and his 469 assists are the third-highest for the Highlanders.

A first team All-Big South and NABC District 3 selection as a sophomore, Jones averaged 15.7 points, 5.8 assists and 5.2 rebounds in helping Radford achieve a 22-11 record and Big South regular season championship.  His 181 assists that season was the second-most ever in a Radford single season.  He scored a season-high 28 points at Hampton on Feb. 7, 2019, including scoring a game-tying buzzer-beater at the end of regulation followed by a game-winning buzzer-beater at the end of overtime.

Jones was honored as the Big South Freshman of the Year in 2017-18 when he averaged 11.3 points, 3.9 rebounds and 3.1 assists as a redshirt freshman for the 23-13 Highlanders.  He tied a conference record with seven Big South Freshman of the Week awards that season.  He hit a three-pointer as time expired to lift Radford over Liberty in the Big South Championship.  He produced his first career double-double with 12 points, 11 rebounds and seven assists against LIU Brooklyn to lead Radford to its first ever NCAA Tournament victory on March 13, 2018.  He was redshirted in his initial year at Radford in 2016-17.

Before joining the Radford program, Jones helped Aiken High School in Cincinnati to four straight district championships.  He averaged 22.3 points, six rebounds and six assists as a senior as Aiken won a regional title before falling in the state semifinal.  He scored 57 points to lead Aiken to a 115-89 victory over Hughes in the sectional finals on Feb. 27, 2016.  Jones was honored as a two-time Cincinnati Metro Athletic Conference and Cincinnati Enquirer Division IV Player of the Year.

“We are equally excited to be adding one of the fiercest competitors out there in power guard Charles Minlend,” said UofL Coach Chris Mack. “Charles had a special career at San Francisco and established himself as a player who competes on both ends of the floor. His ability on offense to drive it, post it and get fouled often was evident in all the tape we watched as a staff. Charles’ toughness will help replace some key figures from a season ago. His desire to compete in the ACC, a conference he grew up watching helped us immensely during his short recruitment to Louisville. We can’t wait to get started.”

A 6-4, 208-pound guard from Concord, N.C., Minlend averaged 14.5 points, 4.7 rebounds, 1.8 assists and 1.0 steals as a redshirt junior in 2019-20 as the top scorer for the University of San Francisco, which accomplished a 22-12 record in matching its best win total in 35 years.  The Dons had won five straight before falling to No. 2 Gonzaga by just four points in the semifinals of the West Coast Conference Tournament as Minlend totaled 19 points and seven rebounds.  He averaged 18.7 points in three WCC Tournament games.

Minlend (pronounced MIN-lend) earned All-WCC second team honors for each of the last two seasons and is ranked among the nation’s top 20 graduate transfers by ESPN.  A finance major, Minlend was named to the WCC All-Academic Team for the last two years.

His 1,271 career points is tied for 18th on the all-time San Francisco scoring list and his 141 career three-pointers rank 10th on the Dons’ career list.  He has scored in double figures in 70 games for his career, including 11 occasions with 20 or more points.  He scored a career-high 25 points against Santa Clara on Jan. 9 and his top rebounding effort was 12 boards against Pepperdine on Feb. 22.

Minlend scored in double figures in 26 games as a redshirt sophomore – including 21 straight in one stretch – while averaging 14.5 points and 4.7 rebounds as an all-conference selection.  Before redshirting the 2017-18 season, he attained All-WCC Freshman Team honors when he was the team’s third-leading scorer and a starter in the last 17 games, averaging 10.0 points and 2.1 rebounds.  He made 37.0 percent of his three-point shots as a freshman and his 51-of-138 threes was the third-most made by a freshman in USF history.

Prior to making the move to the West Coast at San Francisco, Minlend was a two-time all-state selection at Concord (N.C.) First Assembly Academy where he averaged 26.0 points, 5.5 rebounds and 2.0 assists as a senior.  He was the Metrolina Athletic Conference Player of the Year in 2014-15 when he helped Concord First Assembly achieve a 25-8 record and the NCISAA 2A state championship.  He averaged 23.8 points and 6.0 rebounds as a junior when the Eagles were the state runner-up for the second straight year.  He played one prep season at Fork Union (Va.) Military Academy, averaging 22.1 points, 5.2 rebounds and 2.9 assists in helping his team to a 26-6 record in 2015-16.

Minlend and Jones are the third and fourth new additions to the Cardinals’ roster for next season.  UofL signed two outstanding players last November including D’Andre Davis, a 6-5, 170-pound guard/forward from Lawrence Central High School in Indianapolis, Ind.; and JJ Traynor, a 6-8, 190-pound forward from Bardstown (Ky.) High School.