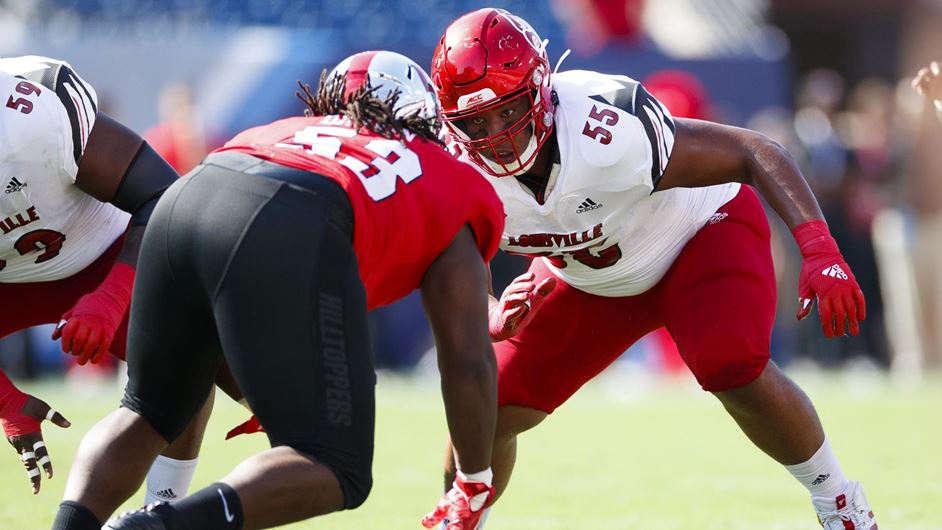 University of Louisville offensive guard Caleb Chandler is one of 89 FBS players on the preseason watch list for the 2022 Outland Trophy, it was announced Tuesday by the Football Writers Association of America.

The Jefferson, Ga., native graded out over 85 percent in all 12 games and helped lead one of the nation’s top offensive units. The Cardinals averaged 212.9 yards on the ground per game, while averaging 5.4 yards per carry, Overall, the offense finished the regular season averaging 450.2 yards per game and averaged 31.9 points per contest.

The fifth-year senior enters the 2022 season with 37-straight starts dating back to the 2019 season.

The Outland Trophy winner is chosen from three finalists who are a part of the annual FWAA All-America Team. The FWAA All-America Committee, after voting input from the entire membership, selects a 26-man first team and eventually the three Outland finalists. Committee members, then by individual ballot, select the winner. Only interior linemen on offense or defense are eligible for the award; ends are not eligible.

The recipient of the 2022 Outland Trophy will be announced on The Home Depot College Football Awards, live on ESPN on Thurs., Dec. 8. The official presentation to the winner will be made at the Outland Trophy Awards Dinner sponsored by Werner Enterprises and produced by the Greater Omaha Sports Committee in Omaha, Neb., on Jan. 11, 2023.