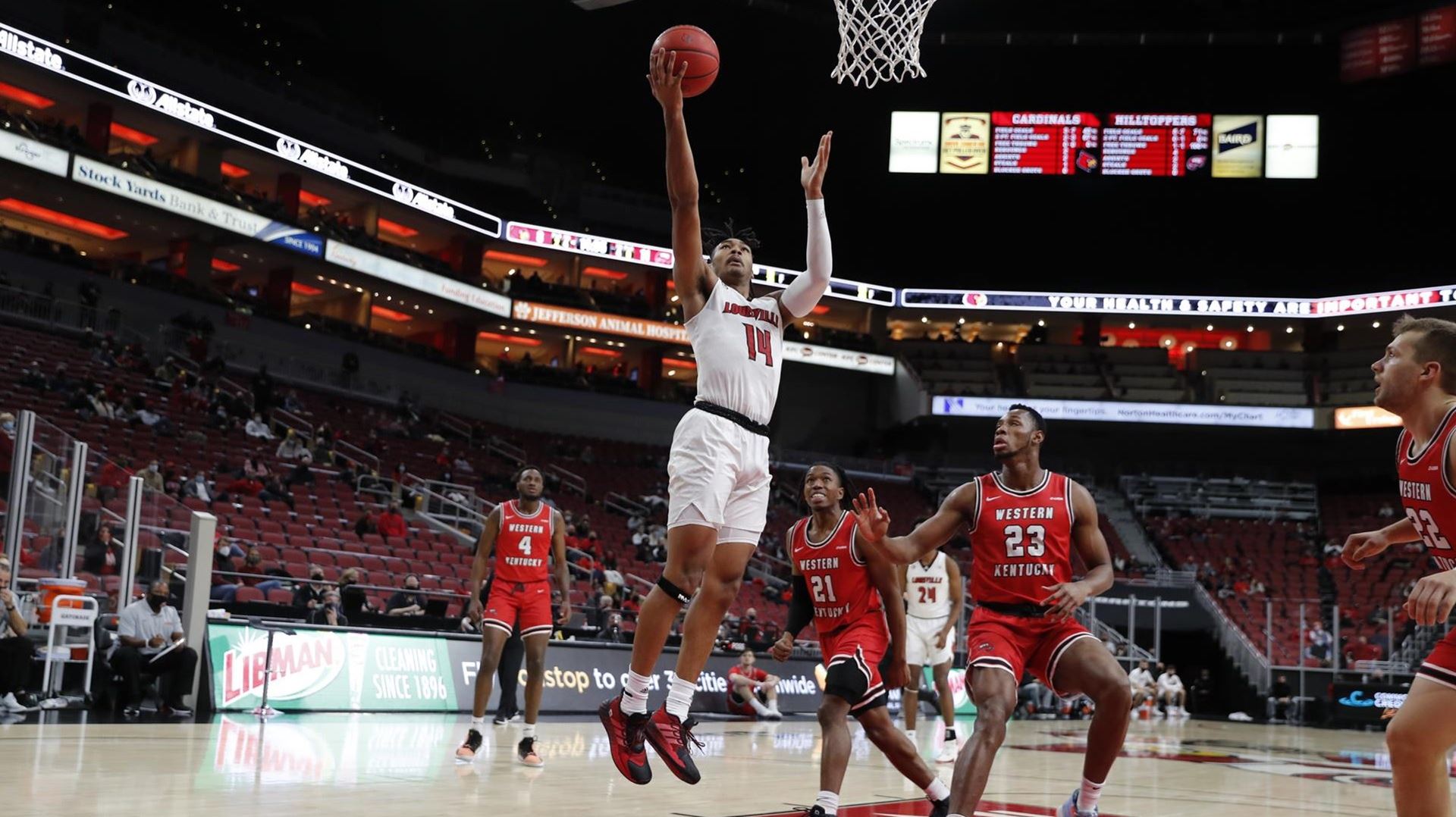 Dre Davis led the Cardinals with a career-best 21 points.

Louisville trailed 25-17 in the first half before six different players scored during a 12-0 run for a four-point lead. Johnson had 11 points, four rebounds and four assists in the half, and Louisville made 5 of 9 3-pointers for a 34-29 advantage.

Another 12-0 run midway through the second half, with seven straight points from Davis, put Louisville ahead by double figures for the rest of the game.

Louisville has a 42-39 edge in the series which dates to 1926, winning the last nine matchups.

Senior guard Taveion Hollingsworth scored 19 points for WKU (2-2), the preseason favorite to win the Conference USA title, and Charles Bassey had 13 points, 15 rebounds and five blocks. The Hilltoppers, who lost to No. 15 West Virginia last week, were just 3 of 18 from 3-point range and turned it over 21 times.