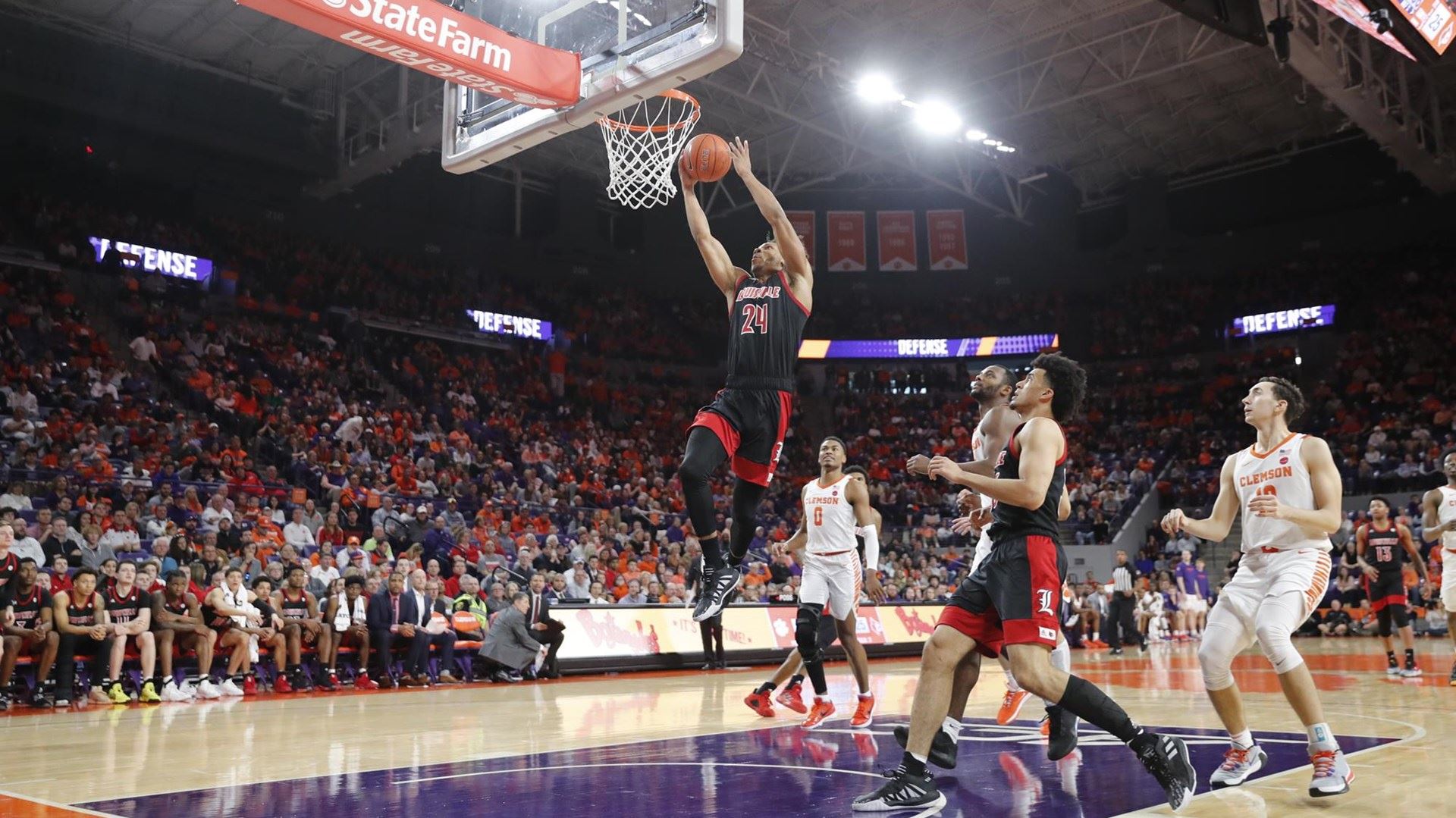 Dwayne Sutton finishes with 18 points for the Cardinals

Johnny Newman III had a career-high 23 points and Clemson used a strong defensive first half to send No. 5 Louisville to its second straight defeat, 77-62 on Saturday.

The Tigers (13-12, 7-8 Atlantic Coast Conference) held the Cardinals to their lowest first-half output this season as they led 31-14 at the break and limited the ACC’s leading scorer Jordan Nwora to five points.

After Louisville cut a 21-point lead to 44-34 on Dwayne Sutton’s jumper with 9:49 left, Clemson took off on an 11-2 run to put the Cardinals in a hole they could not climb out of.

Louisville (21-5, 12-3) could not rally, losing consecutive games for just the second time this season.

Coupled with Clemson’s 79-72 win over then third-ranked Duke on Jan. 14, the Tigers topped a pair of top five teams for the first time since the 1979-80 season.

Mack finished with 14 points and Simms 13 for the Tigers.

Clemson coach Brad Brownell was disappointed with his team’s defensive play in an 80-62 loss at Louisville last month. He have few complaints in the rematch as the Tigers swarmed Louisville and Nwora throughout.

Nwora’s only basket was a 3-pointer with 1:52 to play that drew his team within 11 points, as close as they’d come down the stretch.

The slump dropped Louisville out of first in the ACC after No. 7 Duke topped Notre Dame on Saturday to improve to 12-2 in the league.

Nwora had a season-low two points (he shot 1 of 6 from the field) in the loss at Georgia Tech and Cardinals coach Chris Mack gave freshman Samuell Williamson his first start of the season.

But even when Nwora returned, it didn’t help the Cardinals much in the opening half as they struggled to penetrate Clemson’s defense.

Louisville made only five of its 32 field-goal attempts the first 20 minutes to trail 31-14 at the break – a season low in first-half scoring for the Cardinals.

The Tigers, who have often struggled to make shots this year, had no such trouble early on. They made their first five attempts (including 3-pointers by Johnny Newman and Mack) to take a 12-5 lead that they increased to 17 points by halftime.

The Cardinals finished the period going 1-of-16 shooting from the field.

THE BIG PICTURE
Louisville: The Cardinals and Nwora have hit a cold patch at a dangerous time in the season. Louisville was listed as a No. 2 seed in the NCAA Tournament projections earlier this month and could see that slide unless they turn things around.

Clemson: What to make of the Tigers this season? They’ve won games against top-five opponents Duke and Louisville, yet are squarely in the middle of the ACC pack because of their inconsistency. If Clemson can play as solidly as they did against the Cardinals, they might surprise another ACC contender or two down the stretch.

UP NEXT
Louisville returns home to play Syracuse on Wednesday night.