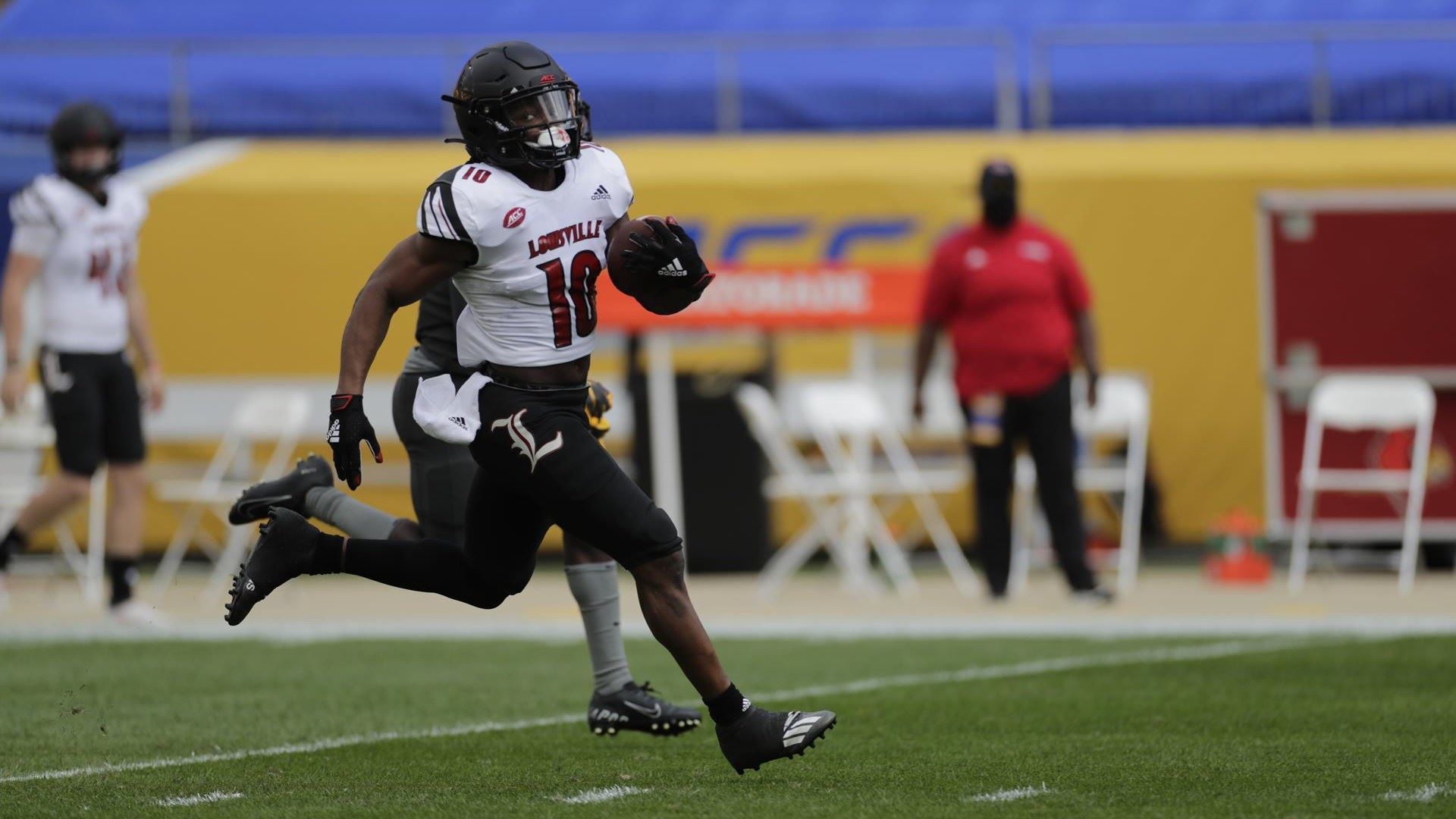 Kenny Pickett threw for 220 yards and two touchdowns, and No. 21 Pittsburgh sacked Louisville quarterback Malik Cunningham seven times in a 23-20 victory on Saturday.

The Panthers moved to 3-0 for the first time since 2014 behind a relentless defense that kept the 24th-ranked Cardinals (1-2, 0-2 Atlantic Coast Conference) in check for most of the afternoon. Pitt limited Louisville to 223 total yards – less than half of its season average coming in – and picked off Cunningham three times, including twice in the fourth quarter.

Cunningham completed just 9 of 21 passes for 107 yards and a touchdown to go with three picks. He was taken off the field on a stretcher following his fourth-down heave that ended up in the hands of Pitt’s Jason Pinnock with 1:19 to go. Freshman defensive lineman Calijah Kancey had his arms wrapped around Cunnigham’s legs as he let the pass go. There was no immediate word on the nature of Cunnigham’s injury.

Senior defensive end Patrick Jones II collected three sacks for the Panthers, who are threatening to lead the nation in the category for the second straight season. Pitt (3-0, 2-0) has 17 sacks through three games, including 14 since conference play opened last week against Syracuse.

Pitt kicker Alex Kessman bounced back from three misses against the Orange to drill three field goals of 41 yards or more. Taysir Mack scored on a 41-yard touchdown reception in the second quarter when he somehow kept his left knee off the ground while being tackled near the Louisville 20. Everyone on the field pulled up except for Mack, who raced to the end zone to give Pitt a 20-17 lead.

Louisville running back Javian Hawkins scored on a 75-yard sprint but otherwise managed just 3 yards rushing on his other 12 attempts. The Cardinals converted just 1 of 11 third downs and ran just 51 plays compared to 76 for the Panthers. Take away Hawkins’ run, a 21-yard touchdown pass from Cunningham to Tutu Atwell and a 31-yard run on a fake punt and the Cardinals had just 96 yards on their other 48 plays.

BIG PICTURE
Louisville: The Cardinals were hoping to take another significant step forward in coach Scott Satterfield‘s second season. An 0-2 start in the conference and Cunningham’s injury will make that a difficult proposition over the remaining nine games.

Pitt: The offense remains a bit of a mixed bag but the defense could be one of the best in the country. The defensive line is so good the Panthers don’t have to blitz, and when opposing quarterbacks do have time, the secondary has proven sticky-fingered through the first three weeks.

POLL IMPLICATIONS
Louisville: The Cardinals likely will drop out of the polls.

Pitt: Even with teams from conferences currently not playing being allowed into the polls this week, expect the Panthers to at least stay at 21 or perhaps even rise a bit.

UP NEXT
Louisville: Is off next weekend then visits Georgia Tech on Oct. 9.

Pitt: Wraps up a stretch of four straight games at Heinz Field to start the season when North Carolina State visits next Saturday. The Wolfpack won the last meeting between the schools 35-17 back in 2017.