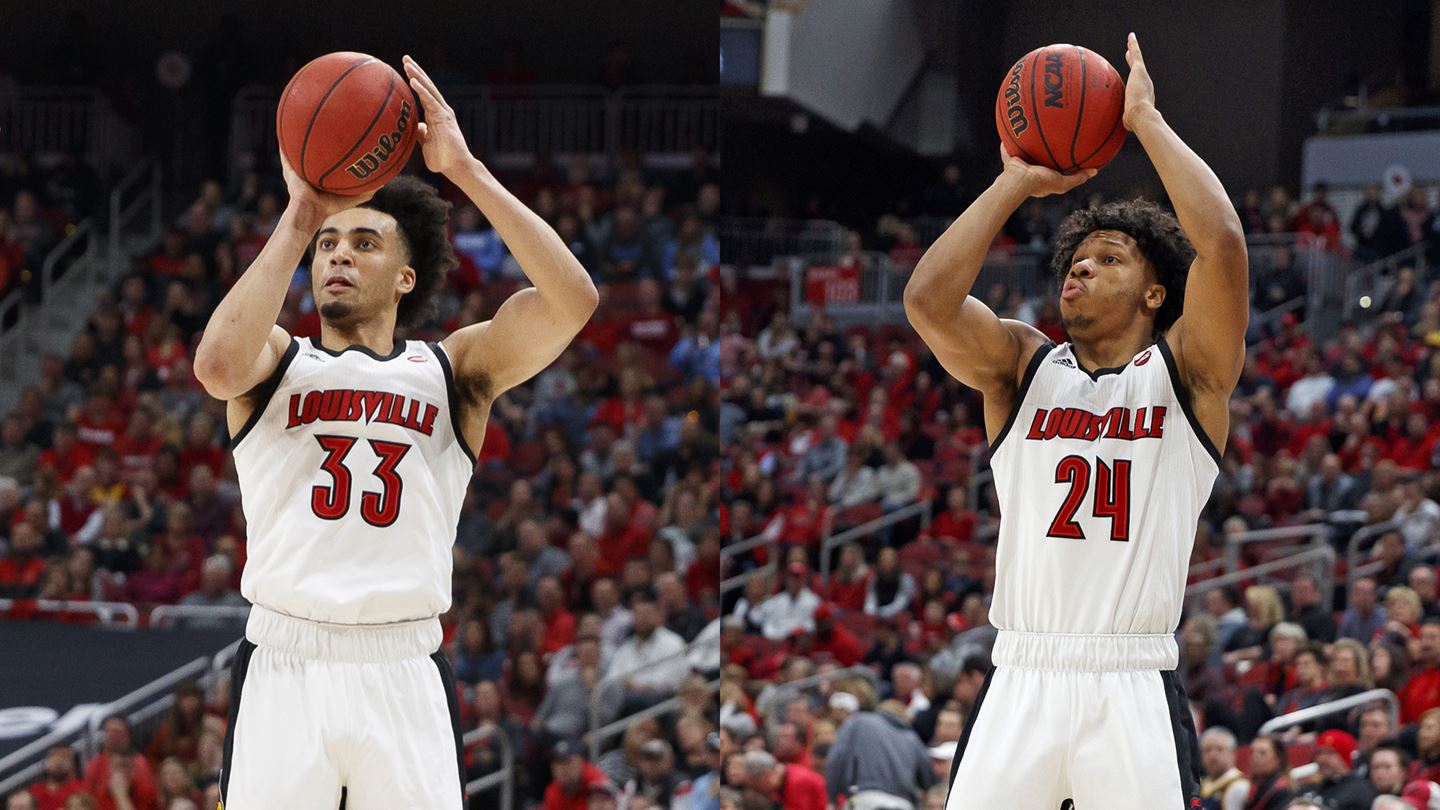 Nwora, who was the second-leading vote-getter and finished second in the conference player of the year voting, is only the Cardinals’ second All-ACC first team selection in Louisville’s six years in the ACC. Donovan Mitchell earned first team All-ACC honors in 2017.  Nwora was a third-team pick last season and was named the 2018-19 ACC Most Improved Player.

Included on the John Wooden Award final ballot for national player of the year, Nwora was a preseason first team AP All-America selection.   Nwora is the only player to rank among the ACC’s top ten in (18.0 ppg, second in the ACC), rebounding (7.7, 8th), free throw percentage (.813, 4th), field goal percentage (.440, 8th) and three-pointers made per game (2.5, 2nd).  Nwora has scored in double figures in 27 games this season and on 67 occasions in his career.  The 6-8 junior from Buffalo, N.Y.,  has seven double-doubles this season and 16 in the last two years, second-best in the ACC.

Nwora scored a career-high 37 points at Boston College, tied for the seventh-most ever scored at Louisville.  His 1,294 points to date in three seasons is tied for 31st in career scoring at UofL.  He was named to the 2020 CoSIDA District 2 Academic All-District basketball team and is on target to graduate this summer in three years with a degree in exercise science.  He earned his third straight All-ACC Academic Men’s Basketball Team selection last week.

It is Sutton’s first all-conference selection.  A 6-5 redshirt senior from Louisville, Sutton ranks seventh in the ACC in rebounding with 8.2 per game and is fifth in defensive rebounds (5.7). He has pulled down nine or more rebounds in 15 games this season.  He has averaged 10.0 points and 7.6 rebounds over the last seven games — second on the team in scoring in that stretch — while shooting 52.1 percent from the field (8-of-21 threes).

Sutton has 10 career double-doubles and has scored in double digits 34 times with the Cardinals.  He has scored 1,180 points in his collegiate career (772 at Louisville, 408 at UNC Asheville) and needs seven rebounds for 900 career boards at his two schools (631 at Louisville, 272 at UNC   He has grabbed double-digit boards in 11 games this year and led the Cards on the glass 12 times.

Cardinals’ forward/center Malik Williams was the runner-up in the league sixth man of the year voting.  Williams has scored nine or more points in 15 of his last 22 games.  He has pulled down five or more rebounds in 16 of his last 22 games, including a season-high matching 13 rebounds with 14 points against Syracuse on Feb. 19 for his fifth career double-double.  He is 19th in the ACC in rebounding (6.1), despite playing just nine minutes in two of the last three games because of an ankle injury.  Over his last 22 games, he averaged 9.1 points and 6.5 rebounds (70-of-138 FG, .507).

The 2019-20 ACC awards with vote totals are included below.  For All-ACC Teams, the points totals are on a 5-3-1 system (5 points 1st team, 3 points 2nd team, 1 point 3rd team). For the award winners, the number listed reflects the number of votes.

ACC Player of the Year

Freshman of the Year

Defensive Player of the Year

Sixth Man of the Year