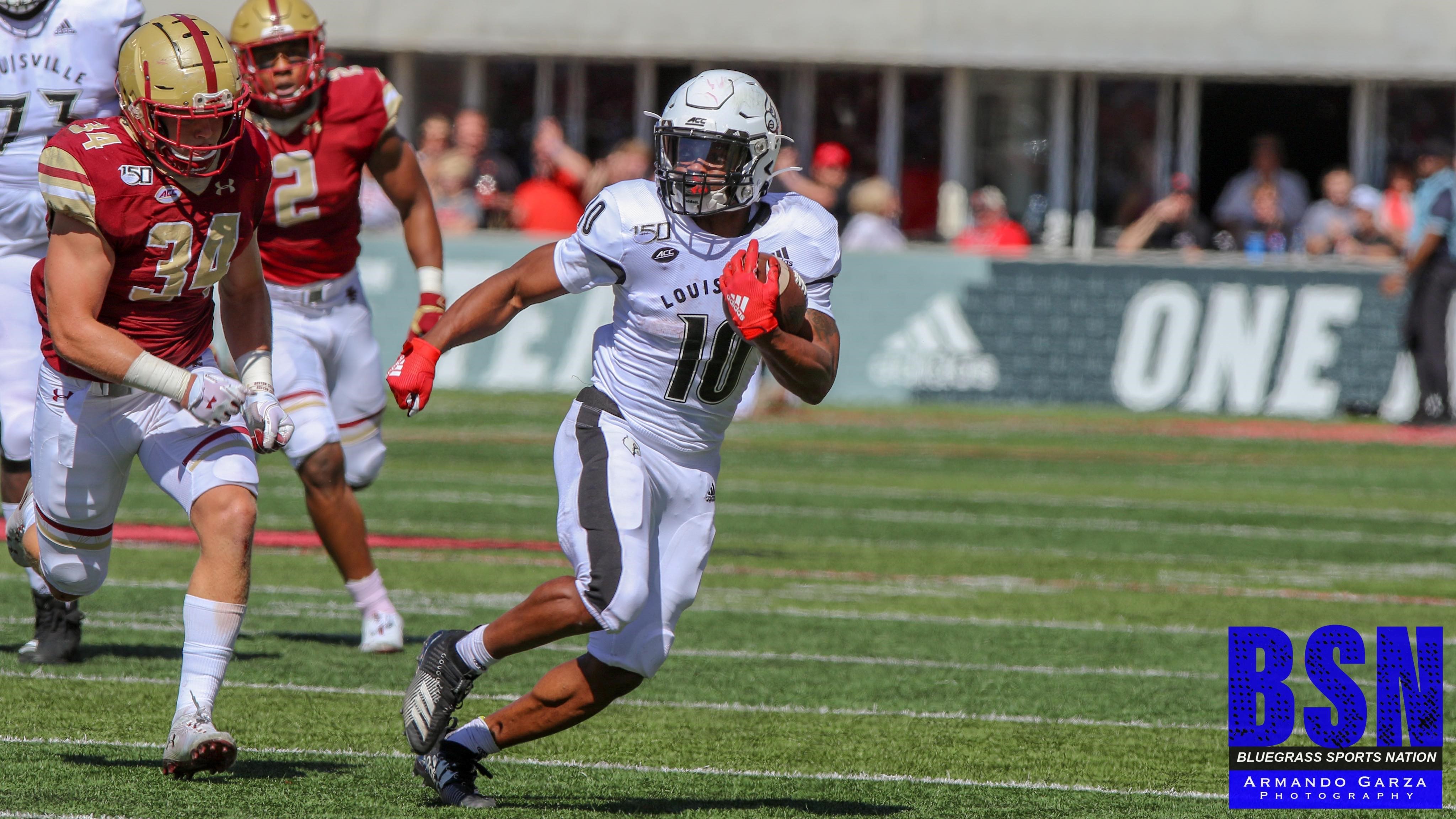 The CARDS were able to pick up their first conference victory of the season, 41-39.

Entering the game, ESPN’s Football Power Index gave Louisville a 77.6% chance of winning the game. Since Louisville went into the game against Boston College as heavy favorites and their next three games are against teams currently ranked in the Top 25 (at #22 Wake Forest, #2 Clemson, and #23 Virginia), it was clearly a very important game for the Cardinals.

It was a fast-paced, high scoring game. Both offenses played well, taking advantage of defensive breakdowns at times. The Boston College offense totaled 563 yards, while the Louisville offense totaled 664 yards. The two teams totaled 1,227 yards of total offense, 766 of which came in the first half.

It was back-and-forth to start the game as the teams traded a pair of touchdowns. The score was 14-14 with 11:27 to play in the first half. The Cardinals began to take control by scoring 14 unanswered points; however, the Eagles responded with a score of their own just before halftime. The score after two quarters was 28-22 in favor of Louisville.

In the second half, the offenses posted good numbers, but were not quite as productive as they were in the first half. The Cardinals led 38-29 with 14:00 to go in the fourth quarter. Boston College stepped up, scoring 10 straight points, to take the lead with 3:32 remaining in the final quarter. Trailing 39-38, Louisville covered 52 yards on eight plays, capping off the drive with a 41-yard field goal by Blanton Creque.

The Eagles put together a seven-play drive, but ultimately the Cardinal defense was able to force a turnover on downs. The final score was 41-39 in favor of Louisville.

Running back Javian Hawkins, a redshirt freshman, had 25 carries for 172 yards and a touchdown. Louisville had three receivers haul in over 100 yards: Dez Fitzpatrick (108), Seth Dawkins (110), and Tutu Atwell (170). Both Dawkins and Fitzpatrick caught a touchdown pass.

As for the Boston College offense, the Eagles played three quarterbacks who combined to go 15 of 33 for 304 yards, four touchdowns and one interception. Running back A.J. Dillon covered 118 yards on the ground in just 22 carries. The Eagles spread the ball around nicely to their receiving core, as four players led the team with three catches each.

As for the Defenses, neither team recorded a sack and Louisville forced the only two takeaways of the game. Ultimately, it was the Cardinal defense that was able to make the most critical stop of the game late in the fourth quarter, to secure the win.

Next for the CARDS

Louisville’s next game is on October 12th, at Wake Forest. The game is scheduled to start at 7:30 and will air on the ACC Network.