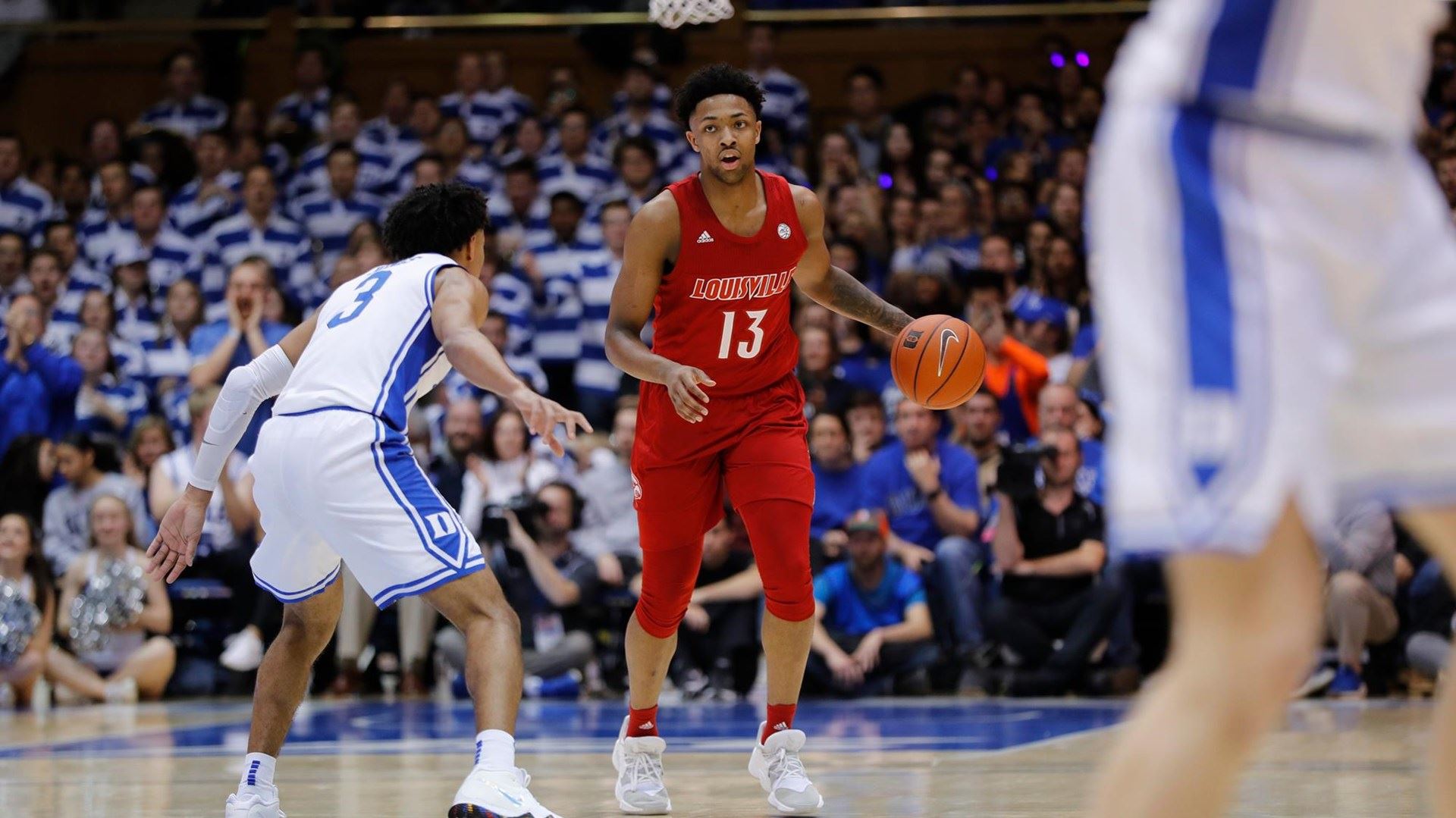 David Johnson leads the Cards with 19 points and seven assists

Freshman David Johnson had a season-high 19 points and No. 11 Louisville hung on down the stretch to beat No. 3 Duke 79-73 on Saturday night in a key matchup in the Atlantic Coast Conference’s regular-season title chase.

Malik Williams added two free throws with 16 seconds left and followed immediately with a transition dunk off a turnover, a sequence that all but sealed a grind-it-out win for the Cardinals in the Blue Devils’ famously hostile home arena.

By the end, the Cardinals (15-3, 6-1 ACC) had claimed the only regular-season meeting between the teams and put themselves in a tie with No. 9 Florida State atop the league standings. More impressively, the Cardinals won despite league-leading scorer Jordan Nwora finishing with just six points on 3-for-12 shooting.

Louisville shot 48% for the game, leading by as many as 15 in the first half and 10 at halftime.

Freshman Cassius Stanley had season highs of 24 points and 11 rebounds for the Blue Devils (15-3, 5-2), who shot just 37% for the game and made only 6 of 25 3-pointers. The struggles included freshman big man Vernon Carey Jr. finishing with just 12 points after sitting a long stretch of the second half with four fouls.

This marquee matchup featured two of the six teams that have been among the revolving door at No. 1 in the AP Top 25 poll this season. And there was an early bit of spice added when Louisville’s Darius Perry fell to the floor after a miss and tried to get up with Stanley standing and straddling him. That led to Perry and Stanley getting tangled, prompting Duke’s Joey Baker to run over and exchange words with Perry before they were separated. Each received technical fouls.

And in the final minutes, Louisville’s Dwayne Sutton was telling Duke’s Cameron Crazies to Go home while Nwora motioned to them to make more noise as the Cardinals began their celebration.

BIG PICTURE
Louisville: The Cardinals picked the perfect way to close a three-game road swing. They first won at Notre Dame by three, then beat Pittsburgh by five in overtime before going 3-0 with the win at Cameron. They’re now tied with the Seminoles at 6-1 in the ACC, though FSU beat Louisville earlier this season to own the head-to-head tiebreaker.

Duke: The Blue Devils had been rolling before stumbling at Clemson on Tuesday to end a nine-game winning streak and suffer their first league loss this season. Theyâ€™ve now lost consecutive games for the first time since losing to St. Johnâ€™s and North Carolina in February 2018. One big culprit in this one: Duke finished with 16 turnovers, 10 coming in a mistake-filled first half that staked Louisville to its lead.

UP NEXT
Louisville: The Cardinals host Georgia Tech on Wednesday.
Duke: The Blue Devils host Miami on Tuesday.