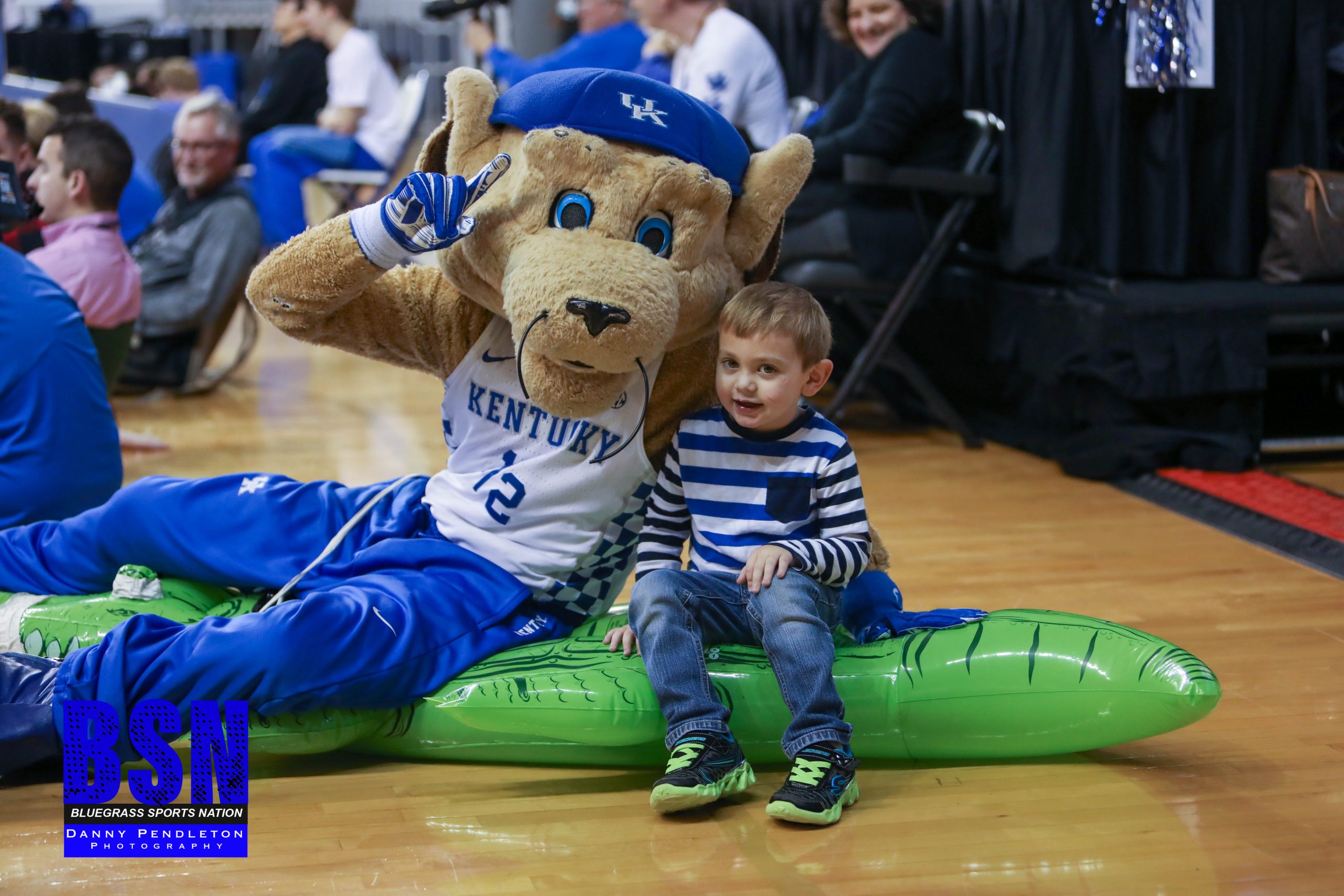 The three newest opponents under contract include Detroit Mercy, Hartford and Richmond. All three are a part of the Bluegrass Showcase and all three will take place in Rupp Arena.

With the six previously announced games, nine opponents have been locked in with dates for the upcoming season.

The matchup with Detroit Mercy – UK’s home opener – will be an intriguing one. Brad Calipari, the son of head coach John Calipari and former three-year member of the team, will make his return to Rupp Arena in opposing colors.

Brad Calipari transferred to Detroit Mercy after the 2018-19 season as a graduate transfer with two years of eligibility remaining. He enjoyed a breakout season in Detroit, making 46 3-pointers on 38% shooting from long range. He averaged 6.1 points and 1.1 rebounds. At Kentucky, Brad Calipari appeared in 27 games over two seasons before redshirting in 2018-19.

As for the team Brad Calipari plays for, Detroit Mercy is led by Mike Davis, the former Indiana coach, and his son Antoine Davis. Antoine Davis has been one of the top scorers in college basketball over the last two seasons, averaging 26.1 points in his freshman season in 2018-19 and 24.3 points as a sophomore last season.

The Kentucky-Detroit Mercy series is tied 1-1, with the last matchup during the 1982-83 season.

Four days later, continuing a four-game homestand after opening the season in Chicago vs. Kansas in the Champions Classic, UK will host Hartford on Nov. 17.

The Wildcats have played Hartford just once in the past, a 104-61 victory in Rupp Arena in the first season of the Calipari era in 2009-10.

Richmond – after UK plays previously announced Georgia State on Nov. 20 – will close out four straight homes games on Nov. 23. It will mark the first meeting in school history between the two teams.

The Spiders were eyeing an NCAA Tournament berth last season before the COVID-19 pandemic. At 24-7, Richmond ranked 38th in the final NCAA Evaluation Tool rankings.

Richmond could return virtually its entire team if juniors Jacob Gilyard, Blake Francis and Grant Golden withdraw from the NBA Draft. All three announced in early April they were entering their names in the draft while maintaining their eligibility.

For more details on those games, please click here.

Other nonconference matchups for this upcoming season will include the annual rivalry game vs. Louisville and the annual SEC/Big 12 Challenge. A date has not been finalized for the former and an opponent has not been determined for the latter.

The nonconference schedule will give way to the typically difficult Southeastern Conference slate. The league schedule has not been announced yet, but UK will play its permanent home-and-away opponents of Florida, Tennessee and Vanderbilt twice, plus host and visit two additional league opponents. The Wildcats will face the remaining eight SEC opponents once.

The league has earned 15 berths in the last two NCAA Tournaments, the conference’s best two-year stretch. The SEC was slated for another impressive haul last season until the COVID-19 pandemic canceled the postseason.

Kentucky will take on that difficult schedule with what will be one of the most inexperienced rosters of the Calipari era. UK will be tasked with replacing 94% of its scoring from last season – most of the Calipari era – 92.4% of its minutes, 84.4% of its rebounds, 92.0% of its assists and 91.5% of its blocks.

The Wildcats are bidding farewell to eight of their top nine scorers from a season ago, including all five starters. The lone major returning contributor from last season will be sophomore forward Keion Brooks Jr., who averaged 4.5 points and 3.2 rebounds per game in 31 appearances, including six starts.

Calipari and his staff have prepared for the losses – which include five underclassmen declaring for the NBA Draft – with the nation’s No. 1 recruiting class and two key transfers.

Mintz, after graduating in May from Creighton, will be eligible this season and is expected to provide valuable depth and experience at the guard position. Toppin, as an incoming sophomore, will have three years of eligibility starting in the 2021-22 season. Toppin will be permitted to practice and train with the team this season, but the 6-foot-8 forward will not be able to play in games under current NCAA transfer rules.