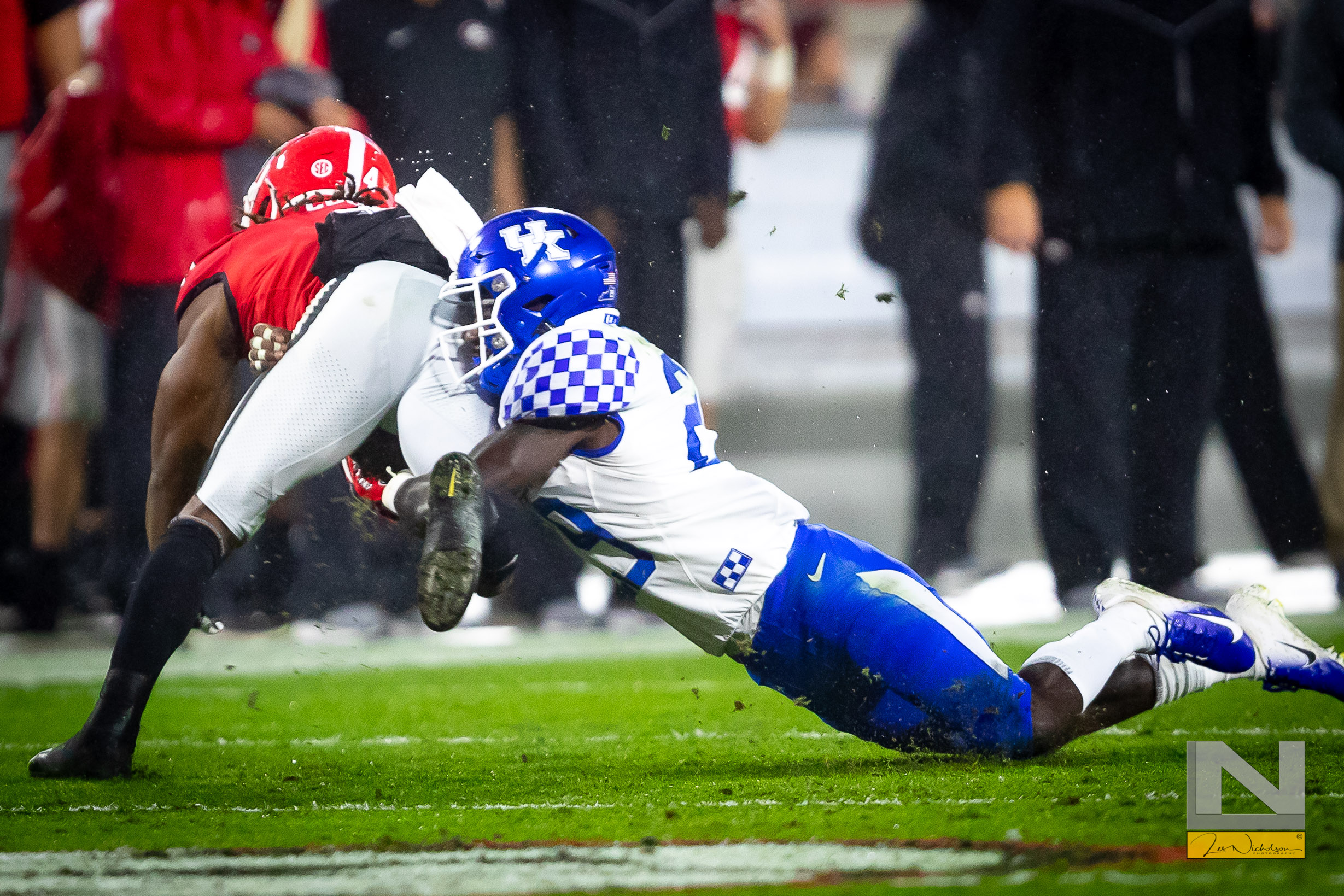 Kentucky loses against Georgia for the tenth consecutive time.

It was a rainy, windy night in Sanford Stadium as the Cats battled the Dogs in a defensive struggle.

After a Kentucky fumble, Georgia marched down the field capping the drive with an eight-yard touchdown run by Brian Herrien with 1:54 remaining in the third quarter. Georgia led 14-0.

Georgia took a three-score lead with 6:24 to play in the fourth quarter with a three-yard touchdown run by D’Andre Swift. The final score was 21-0 in favor of Georgia.

Both teams combined for just 52 passing yards on 28 attempts, which is a shocking stat in spite of the weather. Lynn Bowden had 17 carries for 99 yards, with his longest run going for 21 yards.

Excluding plays where Bowden carried the ball, the Kentucky offense covered just 78 yards on 34 plays. This can be attributed to the injuries Kentucky has suffered at quarterback this season, the poor field conditions, and Georgia’s talented defense.

For Georgia, D’Andre Swift rushed for 179 yards and two touchdowns on just 21 carries; Brian Herrien had 13 carries for 60 yards and a touchdown.

For Kentucky fans who were disappointed with the performance (and there should not be many of you), how many teams can go into Georgia with their third or fourth string quarterback and be down by only two scores going into the fourth quarter? After all, even Alabama could lose to a top ten team, especially on the road with a backup quarterback.

The Kentucky defense played well, not allowing Georgia to score in the first half. In the third quarter, both of Georgia’s touchdown drives started in Wildcat territory. Looking back, the Wildcat defense has had a tremendous season, especially when considering the level of difficulty and the lack of offensive production at times.

Ultimately, Kentucky put up an impressive performance, especially when considering the injuries to Terry Wilson and Sawyer Smith. After all, it took nearly three quarters for a tenth-ranked Georgia team to take control of the game on national television.

Kentucky’s next game is at home against Missouri on Saturday, October 26th. The game is scheduled to start at 7:30 p.m. and will air on the SEC Network.