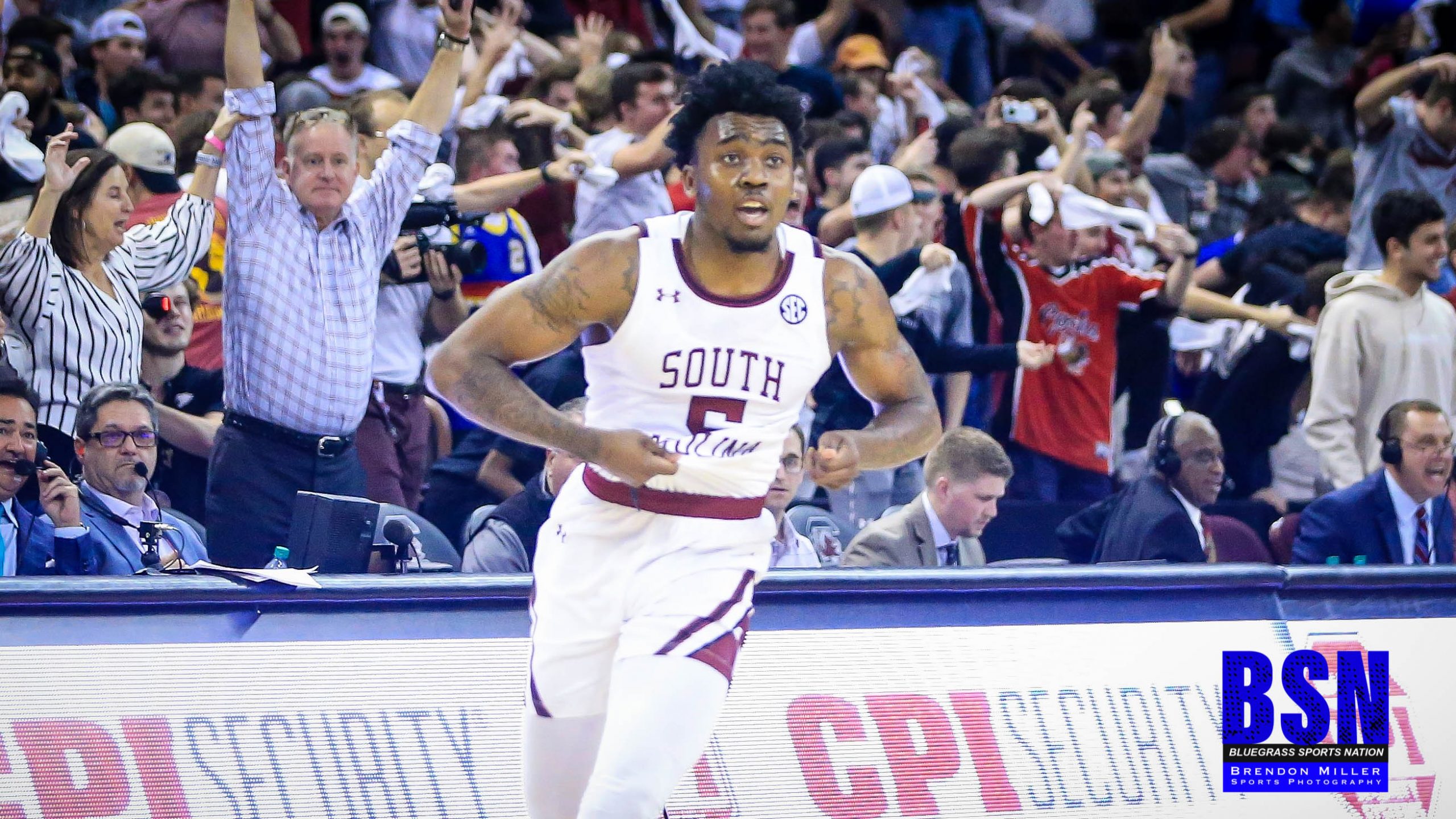 The 10th-ranked Wildcats suffered their first Southeastern Conference loss of the season with an 81-78 setback to South Carolina in Columbia. It was the first league victory of the season for the Gamecocks (9-7, 1-2), who rallied from a 14-point deficit in the second half and used a 3-pointer at buzzer to pull off the stunning upset.

“Every road game you play in this league is a hard game and this was a hard game,” Kentucky coach John Calipari said. “Give them credit. It wasn’t us. They were physical, they made every free throw when they had to … When you play like we did and you give them so many offensive rebounds, that’s when a team throws in a 30-footer that banks in (at the buzzer).”

Kentucky (12-4, 3-1) tied the score at 78-78 on Immanuel Quickley’s baseline jumper with five seconds remaining, but South Carolina guard Jermaine Couisnard banked in a 3-pointer from nearly 30 feet away as time expired to cap the hosts’ successful comeback.

Quickley led Kentucky with 20 points and made two of the team’s five 3-pointers in the contest. Couisnard also had a career performance with 26 points and drained four of five shots from long range, including the decisive game-winner at the buzzer.

Despite the thrilling finish, the contest was marred by foul issues as both teams were whistled for 54 fouls. Two Kentucky players — Ashton Hagans and EJ Montgomery — fouled out. The Wildcats made 25 of 35 shots from the foul line, while South Carolina was a paltry 16-for-30.

“(The last shot) is the least of my thoughts right now,” he said. “It’s the lack of discipline, especially offensively. Guys breaking off stuff, doing their own thing … you can’t play that way in a big-time game. We had some guys where the game was a little bit above them.”

Calipari said the biggest downfall was his team’s overall lack of discipline, especially in the second half.

“The discipline issue I’ve been talking about came through today,” Calipari said. “I keep saying it. You have to be a disciplined player. This is about a group of guys coming out together and playing together. You can’t be the guy that does their own thing.”

Calipari also wasn’t surprised by the Gamecocks, performance in the second half. South Carolina outscored the Wildcats 56-45 in the final half.

“What they did to us, they did to Clemson — they made five threes in a row,” Calipari said. “Everybody tells me they can’t shoot threes, but that day they did. I watched it. They’re capable.”