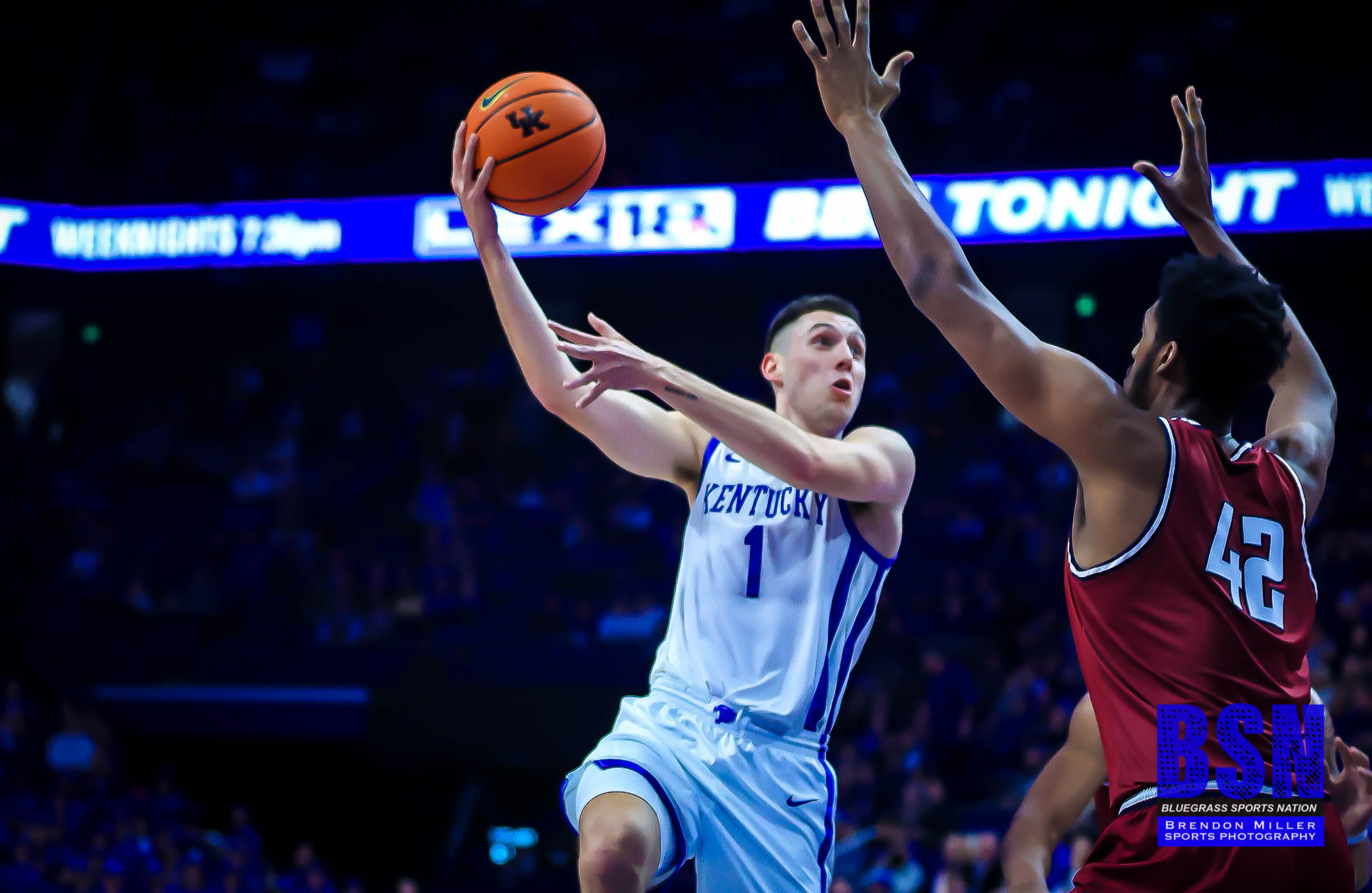 It was a quick turnaround game for the Wildcats after the disappointing game in Indianapolis against Michigan State. Tonight, they faced the South Carolina State Bulldogs, who held their own against the Cats until midway through the first half, but the Wildcats focused in and dominated the rest of the game winning 106 to 63.

CJ Fredrick started the game off making a three pointer from the corner and followed it up with an and-one drive to the rim. Fredrick’s effort wasn’t contagious, however, which allowed the Bulldogs to stay close. The Cats only held a 4-point lead with 9:29 left in the first half until they started playing better defense and by the end of the first half put the game out of reach 49-30.

A pair of three pointers by Wallace and Fredrick opened the second half. The three-point woes that plagued the Cats in their last game is hopefully over. Kentucky shot 42 percent from behind the arc. Kentucky hit 10 three-pointers as a team, with both Reeves and Fredrick hitting three each.

The final points were spread out fairly evenly with 5 players scoring in double figures. This did not include Oscar Tshiebwe, who played only limited minutes to rest his knee. The limited playing time brought an end to his 17 straight games with a double-double. Calipari said after the game that he asked him to play no more than 18 minutes and he agreed. He went on to say, “that means you are unselfish. You are about your team”.

It was a good night for CJ Fredrick who made up for his poor performance against Michigan State leading the team in points with 17. He also had a career high 4 steals. Sahvir Wheeler distributed the ball very well and gained 10 assists. Wheeler also had the highest +/- of the team with 32.

It was a great game to change the attitude of players heading into the game against Gonzaga. It also gave the team another game to play with Tshiebwe. Playing with Tshiebwe forced the Cats to play a different style than in previous games. Calipari stated that they worked on entry passes to the post in yesterday’s practice and during the shoot-around today.

Kentucky boards a plane tomorrow to head to Spokane, Washington to face Gonzaga in a 7:30 match-up. The Wildcats need a to win to have a quality win in the non-conference schedule and to get some of the fans back on board after the previous loss.