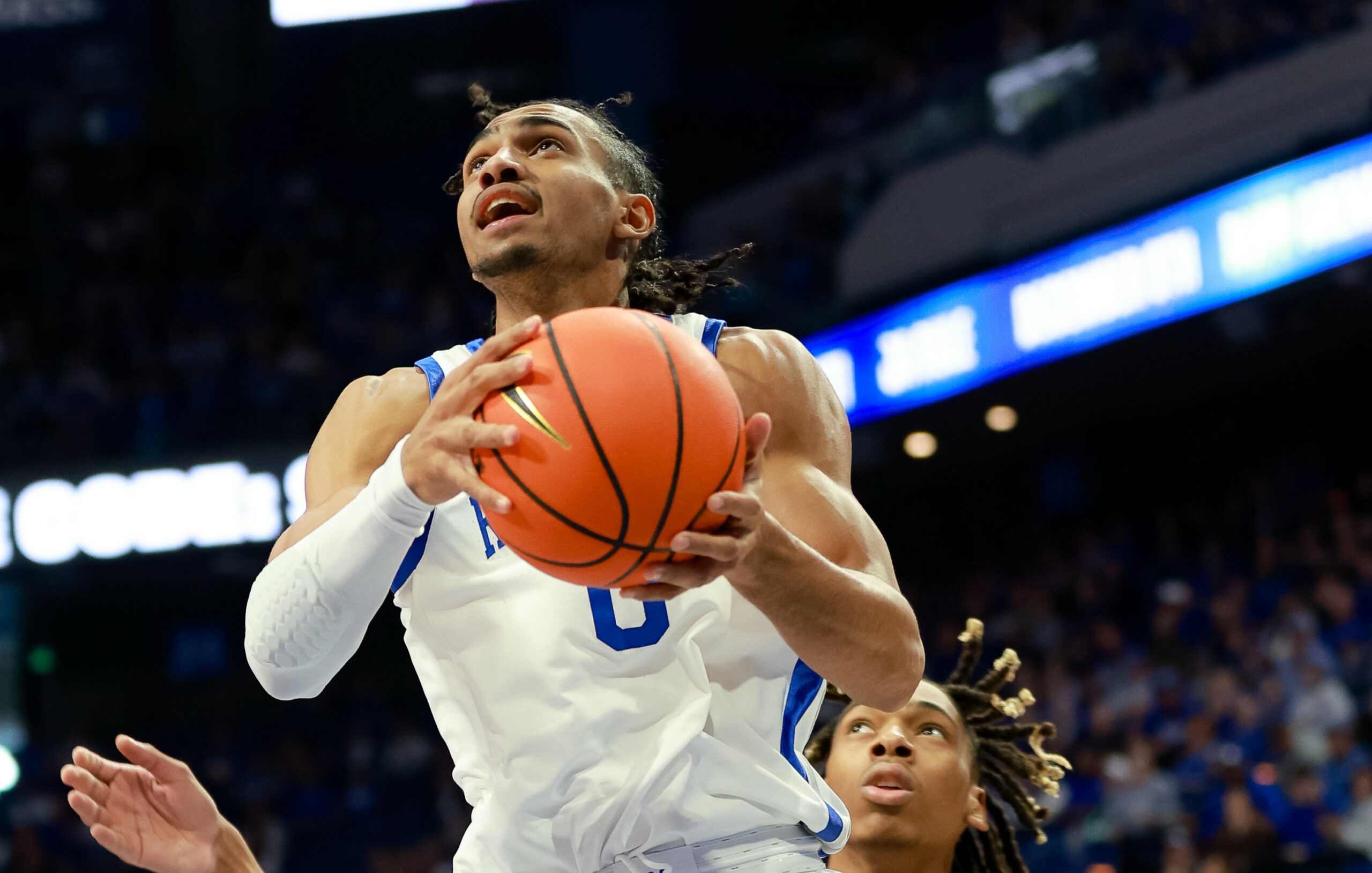 Kentucky returned to Rupp Arena hosting the North Florida Ospreys.  Following a disappointing loss to Gonzaga Bulldogs, many fans were disappointed in the CATS performance against Elite talent. Today’s game saw Kentucky dominate North Florida from the Atlantic Sun Conference with an easy win defeating the Osprey’s 96-56.  In the first half Kentucky jumped out to an early lead of 14-5 and continued to build on the lead.  Kentucky grew the lead to thirty-one points at intermission Kentucky 54- North Florida 23.  In the second half Kentucky grew the lead to forty- seven points and defeated the Osprey’s 96-56.

Kentucky had several players who stood out in today’s contest including Oscar Tshiebwe, Jacob Toppin, and Antonio Reeves.  Tshiebwe is a double double machine, and reached that status again tonight with sixteen points, fifteen rebounds.  Oscar also had a team high with three steals and five assists.  After the game Tshiebwe was awarded the Kentucky Most Impactful Player title belt for his performance, leading the team in steals and a career high in assists.  The title belt is a new concept developed by Coach Calipari and will be given out to the most impactful player each game if the team wins the game.  Toppin and Reeves each finished the game tied with twenty points.  Reeves was the hot hand tonight finishing the game tonight making four three- point baskets, and at one point was shooting 4-5 from behind the arc in the first half.  Toppin was consistent through out the game scoring eight points in the first half, and twelve in the second half.  Toppin also finished the game with a double double scoring twenty points and grabbing 10 rebounds.