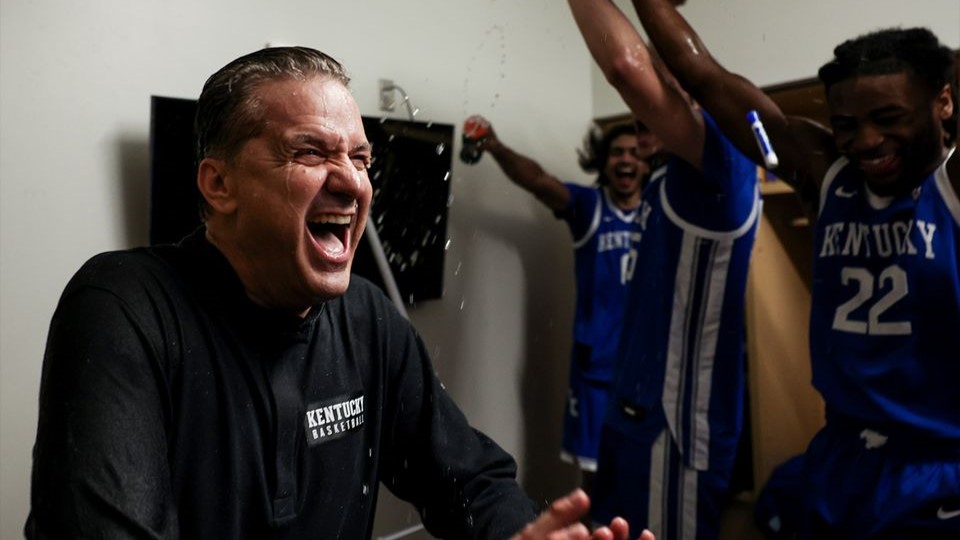 The Wildcats gave a glimpse of how well they can play in today’s 63 to 56 victory over the fifth ranked Tennessee Volunteers. The Cats had to overcome missing players, due to injuries, and a poorly officiated game to give them the first win on the road and to a win over a top 25 team of the season.

It looked as if they were going to continue the unmotivated play, that had become a bad habit for the Cats, when the game started on an 8-0 Tennessee run, however, they buckled down defensively and led for most of the game. The lineup of Wallace, Reeves, Fredrick, Toppin, and Tshiebwe, who had only played 20 offensive possessions prior to today’s game, was undeniably the best that Kentucky has put on the court this season. This line-up was able to storm back on a 13 to 2 run to show the fans at the Thompson-Boling Arena that the game was going to be a battle.

The fact that the Wildcats were able to defeat the Vols while still making 19 turnovers while only making 35% of their shots shows how determined the players were defensively. Even without Sahvir Wheeler, the team gained 14 assists on their 18 made field goals.

The greatest improved stat for the Wildcats were how well they shot from the charity stripe. Coming into the game shooting only 65%, the Cats made 22 of their 25 free-throws. Almost as equally as impressive, Kentucky out-rebounded Tennessee 43 to 23.

John Calipari said post-game that their goal defensively was to make the Volunteers beat them inside the paint and not from beyond the arc. Without a doubt they were successful holding Tennessee to 3 of 21 (14.3%) from behind the arc.

Antonio Reeves led the way in scoring for the Wildcats with 18 points making all eight of his free-throw attempts. Oscar Tshiebwe gained his 50th double-double of his career with 15 points and 13 rebounds. CJ Fredrick, who was monumental in the early game comeback, ended the game with 13 points.

The win gave the Big Blue Nation hope that the season is starting anew and that if the Cats can continue to play this well a post-season run is not out of the question. Kentucky will get a chance to continue their improvement Tuesday night in a 9 o’clock matchup against the Georgia Bulldogs.