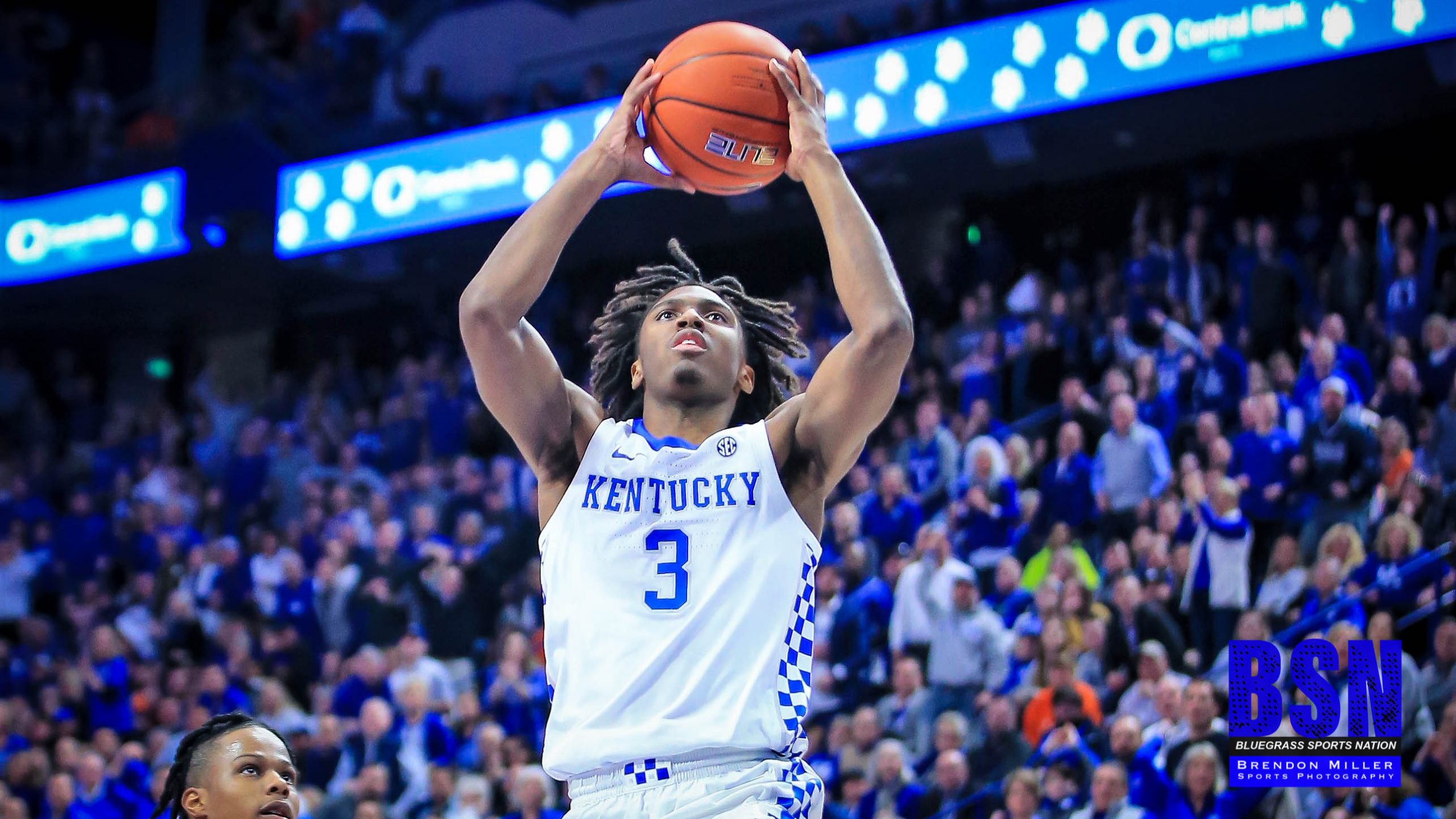 Once again, the Cats are the champions of the SEC regular season.

With March Madness just around the corner, Kentucky squared off against No. 15 Auburn in a game that came down to the wire. Despite a slow start, the Cats battled back and clinched the program’s 49th regular-season SEC championship. With it being such a big-time matchup towards the end of the regular season, BBN was at their finest to help cheer on the Cats to victory.

UK entered the game shooting over 79% from the free-throw line which led the SEC and ranked fifth in the NCAA. They held true to their percentage today as they went 27-of-33 (81.8%) from the line which also featured Immanuel Quickley going a perfect 11-for-11.

The Tigers, led by Coach Bruce Pearl, entered Rupp Arena with a two-game winning streak over the Cats. Beyond that, Pearl’s team entered the game coming off a 17-point come-from-behind victory against Tennessee and a nine-point victory over Ole Miss.

Under Pearl’s guidance, the Tigers have recorded three-straight 24-win seasons for the first time in program history and are one SEC victory shy of breaking the school record for the most SEC wins in a three-year span. Bruce Pearl has taken the Auburn program to heights they have not seen too often but a three-game winning streak over Kentucky wasn’t in the cards.

First Half:
Despite the large number of rowdy UK fans in attendance, the Tigers jumped out to a quick 20-11 lead over the Cats. However, a jumper from Nate Sestina ignited a 20-3 Kentucky run to give the Cats a 31-23 lead with 6:05 to play in the opening half. Despite their efforts, the Cats were not able to obtain a double-digit lead and Auburn found a way to chip away at the Kentucky lead. At the half, UK led 40-37.

Second Half:
Kentucky never trailed in the second half and led by as many as nine points. The Cats rattled off six of the game’s final eight points to secure a 73-66 victory. Immanuel Quickley had a monster second half as he scored 12 points while going a perfect 7-of-7 from the free-throw line and hauling in eight rebounds.

Player Notes:
Tyrese Maxey led all scorers in the first half with 12 points. He finished the game with 17 points to go along with seven rebounds and four assists.

Immanuel Quickley led all scorers with 18 points and led the Cats in rebounds with 12 in an impressive outing. Quickley has now scored in double figures in 18 straight games.

Nick Richards tallied 14 points on a perfect 5-of-5 shooting from the floor.

With the victory, the Cats clinched the No. 1 seed in the upcoming SEC Tournament.

Kentucky has now won 18 straight home games against Auburn. The Tigers have two all-time victories at UK. Both of those victories came in the 1980s when the Tigers were under the helm of Sonny Smith who is currently a radio analyst.

What’s Next?
Kentucky’s next game is on March 3rd against the Tennessee Volunteers in UK’s final home game of the season. The game is scheduled to start at 9:00 and will air on ESPN.