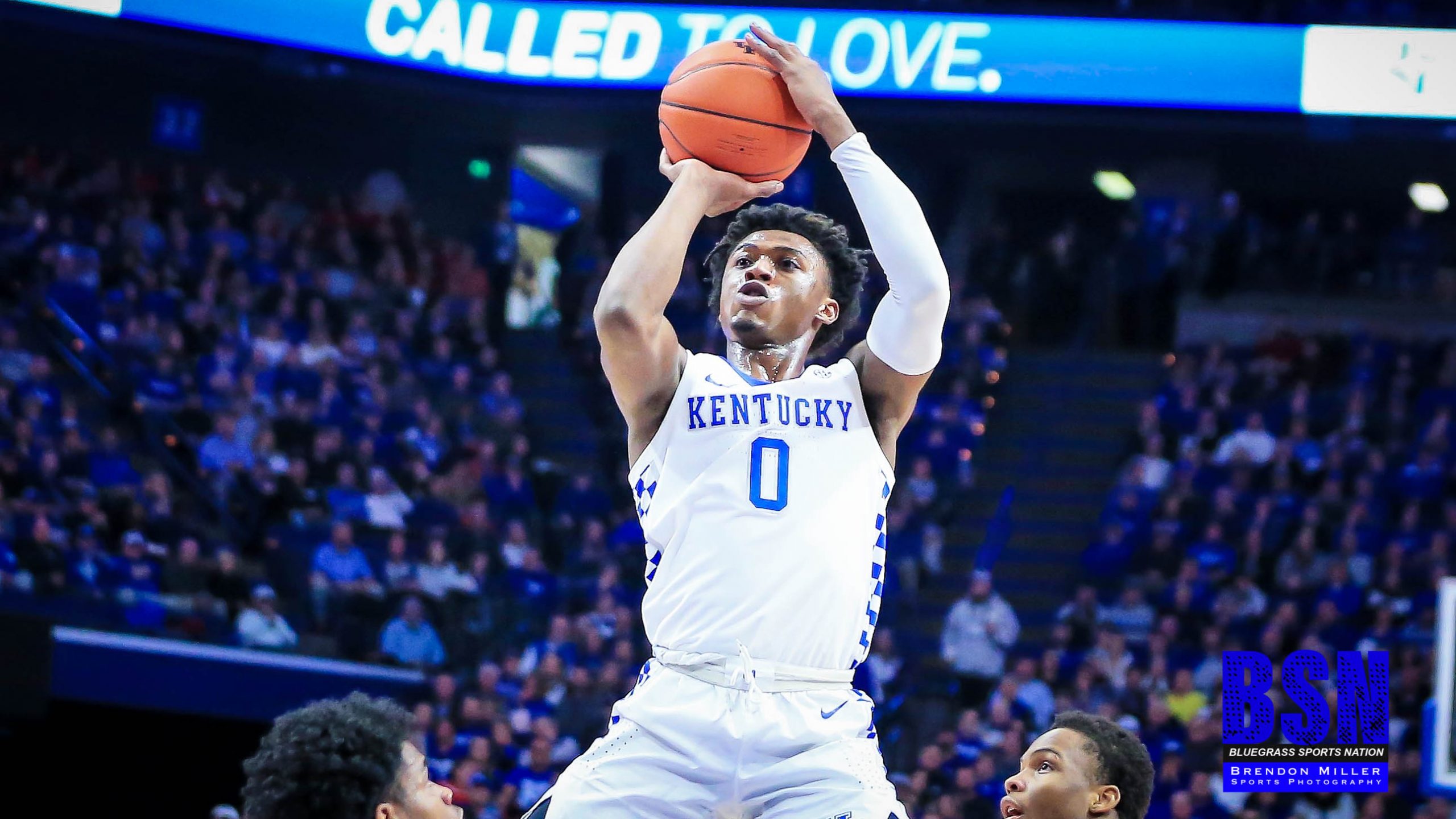 UK looked impressive in their 89-79 victory over the Georgia Bulldogs on Tuesday night. While the Cats were just 1-of-9 from 3-point range, they did go 26-of-33 from the free-throw line which went a long way to securing the victory.

It was a feel-good night for BBN as they provided the Cats with a loud and energetic home crowd advantage that programs all across the country would love to have, especially for a relatively random Tuesday night matchup in January.

Game Summary:
The Cats began tonight’s clash with Georgia right where they left off against Arkansas last Saturday. The blue-and-white jumped out to a 10-2 lead within the first four minutes of play.

It was a back and forth game early in the second half with Kentucky leading 55-52 12:38 to play in the game. However, the Cats took control with a 12-2 run and held a 69-56 lead with 8:51 remaining in the game. From there, the Kentucky lead never fell below seven points and they cruised to a victory.

Once again, Nick Richards had a tremendous game. Richards played a well-rounded game which included 20 points on 7-of-12 shooting from the floor, eight rebounds, and three blocks. Richards was an impressive 6-of-6 from the free-throw line.

Immanuel Quickley recorded 12 points and four rebounds to go along with two assists and a block.

Keion Brooks, Jr. had a good game. While at first glance his numbers won’t jump out at you, he did record eight points, five rebounds, and a block in just 16 minutes of play. In fact, Brooks’ stat-line is very similar to E.J. Montgomery’s.

Two Interesting Stats:
Kentucky had the lead for over 39 minutes of the game.

Defensively, UK held Georgia’s star guard Anthony Edwards to zero points in the first half. However, Edwards did score 16 points in the second half on 7-of-8 shooting from the floor.