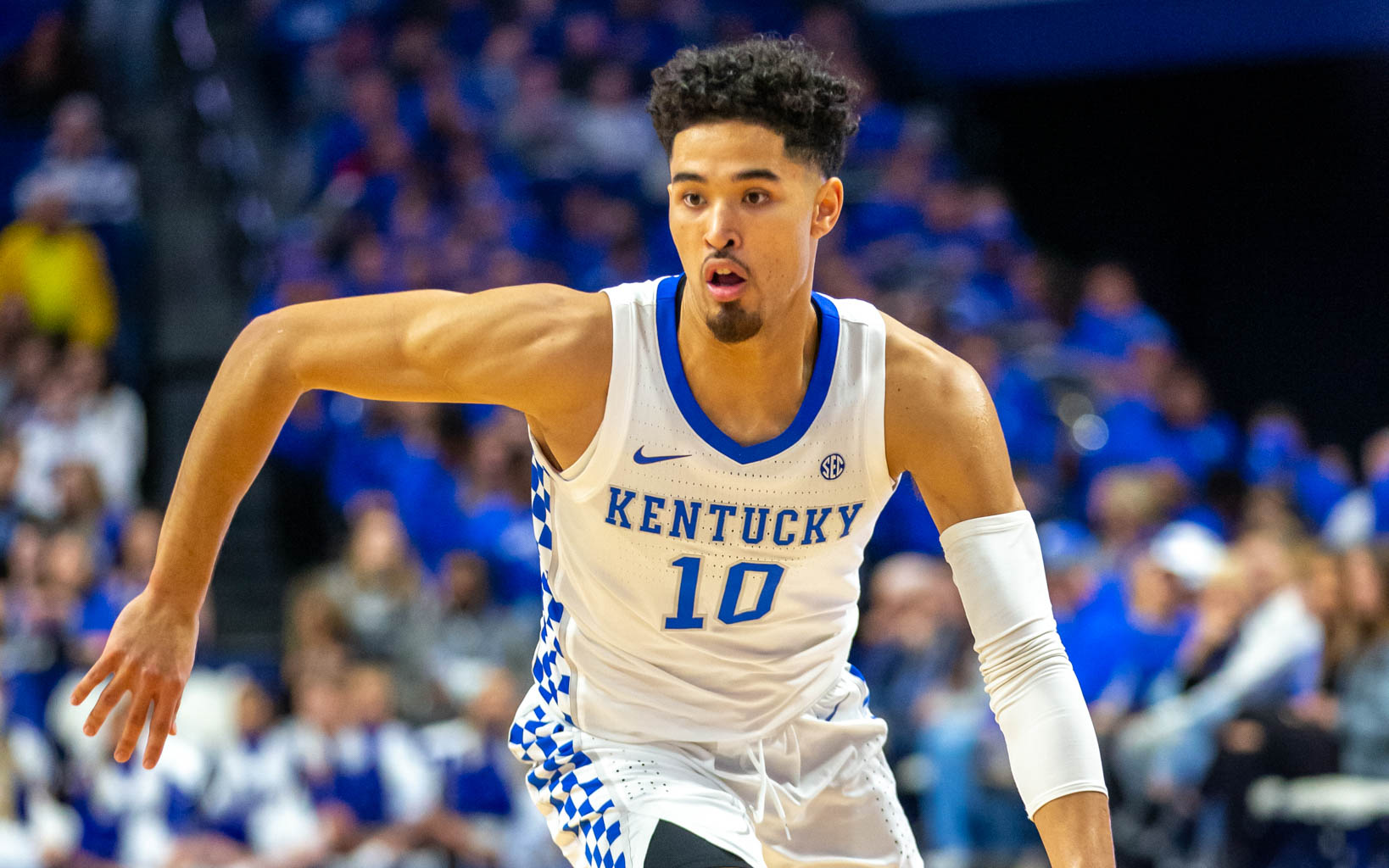 Kentucky is now 35-1 in exhibitions under Calipari.

On Friday night, the Kentucky Wildcats hosted the Kentucky State Thorobreds in the Cats’ final exhibition game before the regular season. Kentucky defeated KSU 83-51 with 19,588 people inside Rupp Arena.

First Half
The Cats started Ashton Hagans, Tyrese Maxey, Kahlil Whitney, Nate Sestina, and E.J. Montgomery. Nick Richards, who is listed as day-to-day, did not play due to a sprained ankle which was suffered against Georgetown last week.

Sestina and Whitney both played tremendous in the first half. They each scored 11 points, making an identical 5-of-6 shots from the field. Immanuel Quickley provided a spark off the bench in the first half, scoring 10 points on 3-of-5 shooting; 2-of-4 from behind the arc.

Second Half
In the second half, Kentucky started Hagans, Quickley, Whitney, Sestina, and Montgomery. Kentucky State outscored the Cats 21-14 in the first 13 minutes of the second half to cut the Wildcats’ lead to 58-41. However, a 3-pointer by Johnny Juzang sparked a 10-0 Kentucky run to make the score 68-41. The Cats never looked back, winning the game 83-51.

The Cats forced 22 turnovers which led to a 30-10 advantage in points off turnovers.

After being outrebounded by Georgetown last week, the Cats won the battle of the glass 43-33 against Kentucky State.

Kentucky made 34 field goals, 25 of which came off assists.

Player Notes
Kahlil Whitney responded with 15 points on 7-of-13 shooting and five rebounds after his scoreless outing last week against Georgetown.

Immanuel Quickley led all players in scoring with 17 points on 6-of-10 shooting.

Nate Sestina had 13 points on 6-of-8 shooting to go along with eight rebounds.

Johnny Juzang made three 3-pointers and finished the night with nine points in his 20 minutes on the court.

Keion Brooks Jr. nearly recorded a double-double as he had nine points and nine rebounds in 24 minutes.

Postgame Comments
Assistant Coach Joel Justus spoke at the postgame press conference in place of Coach Calipari who was not feeling well. “We focused all week on coming back (and) playing with a little bit more aggression, playing with a little bit more fight on both ends of the floor, especially once the ball was shot. … I think you saw that out of some guys tonight, which was good,” said Justus after the game.

After the game Johnny Juzang, Kahlil Whitney, and Nate Sestina fielded questions from the media. Similarly, each player put a strong emphasis on playing physical/tough basketball which is something that Coach Calipari and his staff have really stressed to the team lately.

What’s Next?
Kentucky’s next game will be on Tuesday, November 5th, against Michigan State in the State Farm Champions Classic at Madison Square Garden. Coach John Calipari will enter the game against Michigan State with a 305-71 record at UK. This game marks the second time in NCAA Division I history that the top two teams in the Associated Press Top 25 begin their respective seasons against one another. According to information acquired by UK, the last such time this happened was in 1975 when No. 1 Indiana faced No. 2 UCLA.

Following the victory over Kentucky State, Kahlil Whitney talked about the upcoming bout against the Spartans, “I expect everything from that game. It will probably be the biggest game of the year for both of us. So, we just have to go into that game focused and try to get the job done,” Whitney said.

“We have so much talent and so many great players, I think if we just come in and play tough, hard, and smart we will be alright,” said Johnny Juzang when asked about the upcoming game against Michigan State.