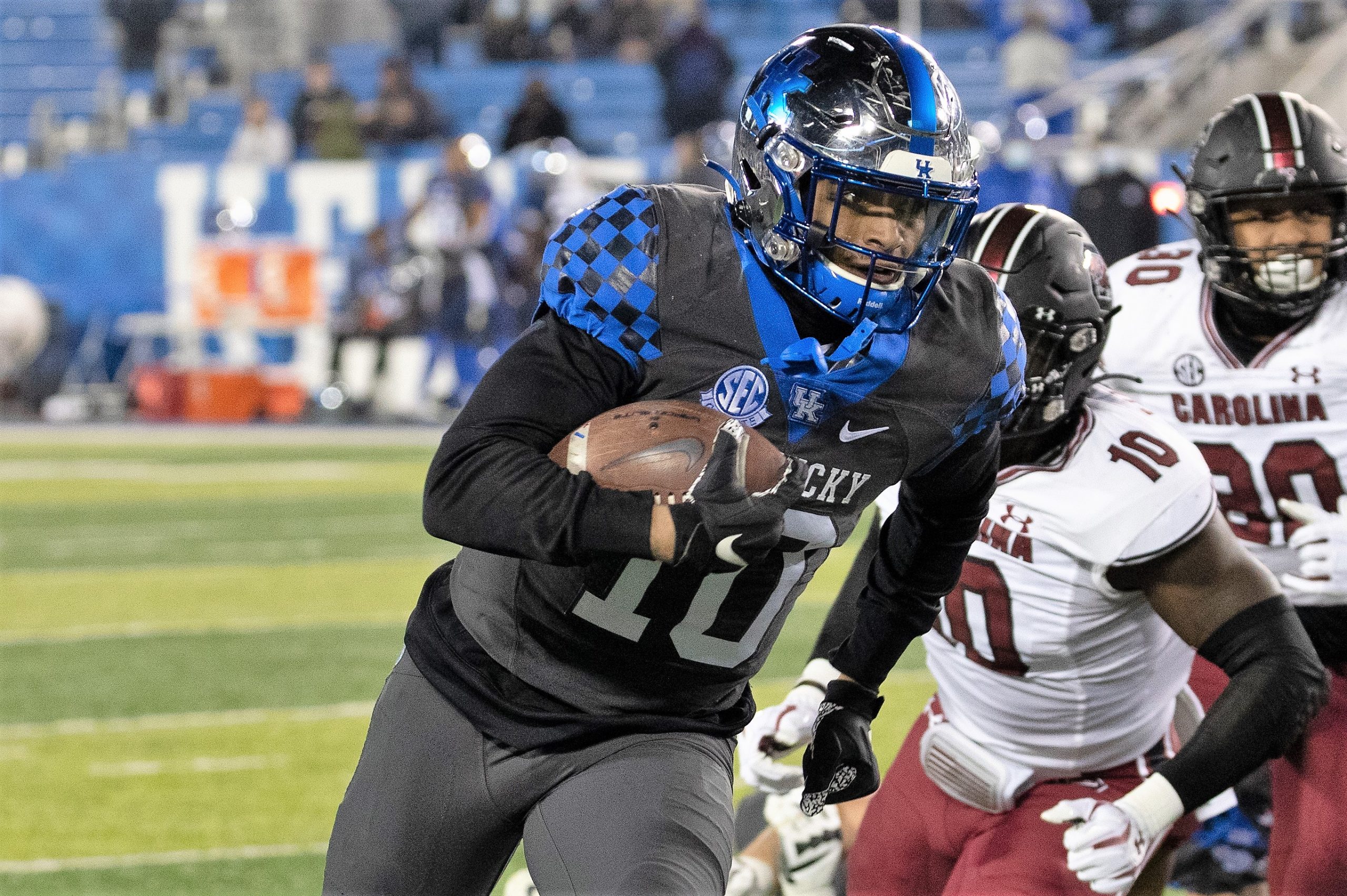 It was a feel-good game for BBN as the Cats crushed the Gamecocks on Senior Day. Kentucky is now 4-6 on the season; South Carolina is 2-8.

It was Senior Day at Kroger Field, and the Kentucky Wildcats were hosting the South Carolina Gamecocks. Before the game, UK honored its 19 seniors.

During their time at Kentucky, the class was a part of big-time victories against Florida, Tennessee, Penn State, Virginia Tech, and Louisville, to name a few. They also played a role in the program’s first 10-win season since 1977 and its first New Year’s Day bowl victory since 1951.

After the Senior Day festivities concluded, the Wildcats crushed the Gamecocks in front of a socially-distanced Big Blue Nation.

In the first half, the UK offense scored three touchdowns and two field goals while the Kentucky defense forced three turnovers. After two quarters, the blue-and-white held a 27-3 lead.

The Cats got the ball to begin the second half, and put together a 13-play, 75-yard drive that was capped off with a one-yard touchdown run by senior quarterback Terry Wilson.

South Carolina responded by scoring 14 unanswered points, but UK answered with a 79-yard touchdown run by Chris Rodriguez Jr., who finished the game with 151 yards from scrimmage and three touchdowns.

Kentucky defeated South Carolina 41-18 to give the Cats their sixth victory in the series’ past seven games.

UK finished the regular season with a 4-6 record while having faced a challenging, 10-game SEC schedule. Currently, Kentucky is the only team this season to have played four opponents that ranked in the top-10 when the game was played.

Despite all of the challenges that the Cats have faced this year, they ended the regular season with a seemingly picture-perfect victory.