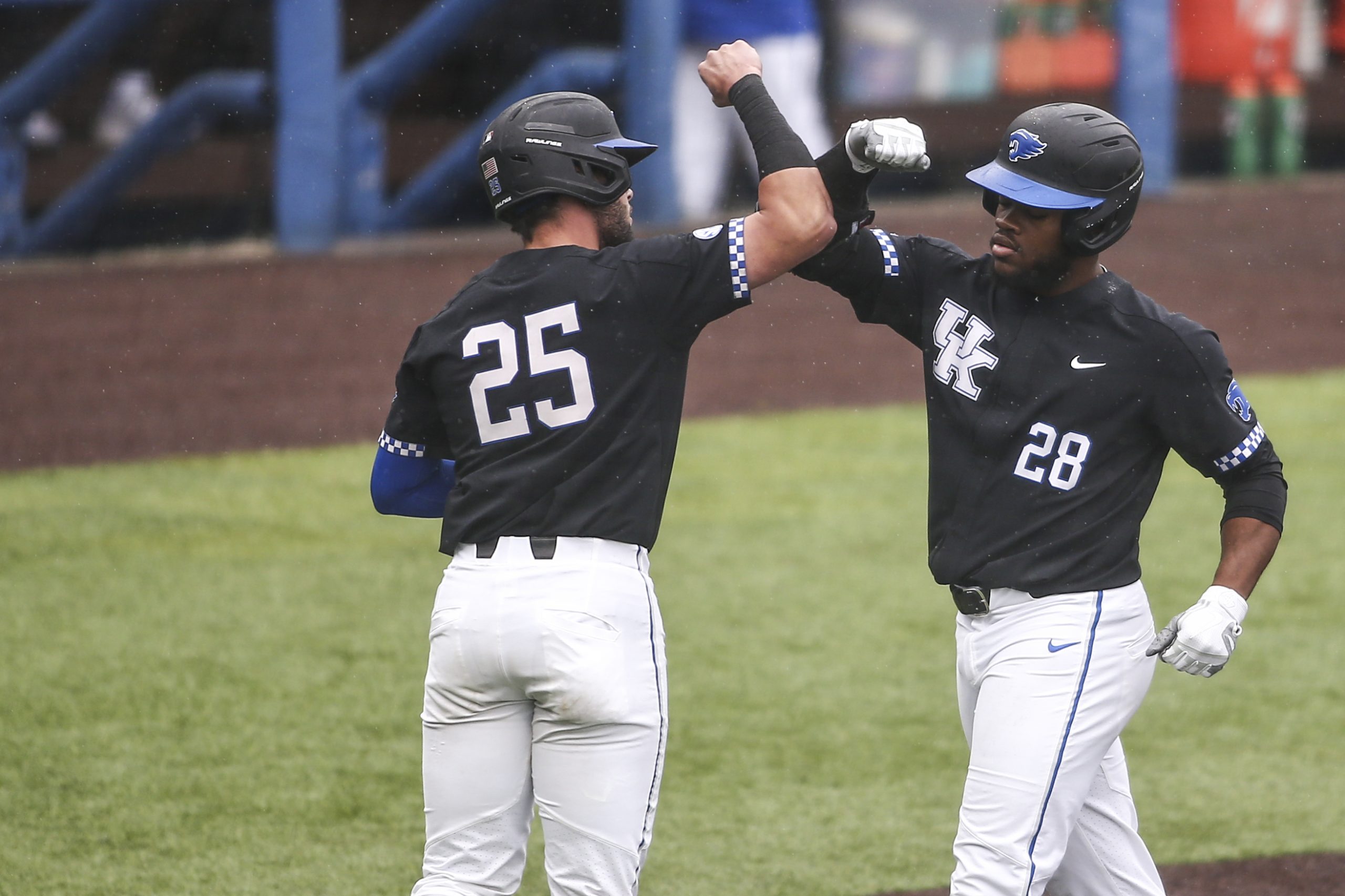 The Kentucky baseball team fell to No. 8 Florida in stomach turning fashion on Friday night, as the Gators scored four runs after being down to their final strike and evened the series with an 8-5 win at Kentucky Proud Park.

In what has been a hotly contested and sometimes contentious series thus far, the Wildcats were on the verge of claiming the first two games but saw their lead disappear in the span of three pitches. With two on and two out in the ninth, freshman right-hander Austin Strickland appeared to deliver strike three but did not get the call, sending the UK dugout and crowd of 1,598 howling. On the next pitch, pinch hitter Corey Action lined a ball up the middle to tie the game. Kendrick Calilao, who came on as a pinch hitter in the eighth, then slammed a hanging breaking ball for a three-run homer to centerfield.

The teams traded blows all night, both with each other and Mother Nature. After UK took a 2-0 lead in the second, starter Sean Harney got two quick outs in the third before a torrential downpour descended upon the park. With grip clearly affected, Harney walked the next batter before giving up a game-tying homer to Jud Fabian, the first of two for the Southeastern Conference’s leader in that category.

UK (27-16, 11-12 SEC) reclaimed the lead in the fifth, saw Florida tie it in the eighth and then went back ahead in the bottom 8th, setting up the fireworks in the ninth. Nestled in the middle of that was a short rain delay after the seventh inning that saw the teams return to the field and ready to play only to wait several minutes for the umpires to emerge and re-start the proceedings.

Bottom 8th – Coltyn Kessler singled to LF and advanced to second on a balk. Kirk Liebert pinch ran for Kessler. Ritter reached on an error by the SS, Liebert to third. Zeke Lewis was hit by a pitch to load the bases. Hill reached on a fielder’s choice to 2B, Lewis out at 2B, Liebert scored. UK 5, Florida 4.