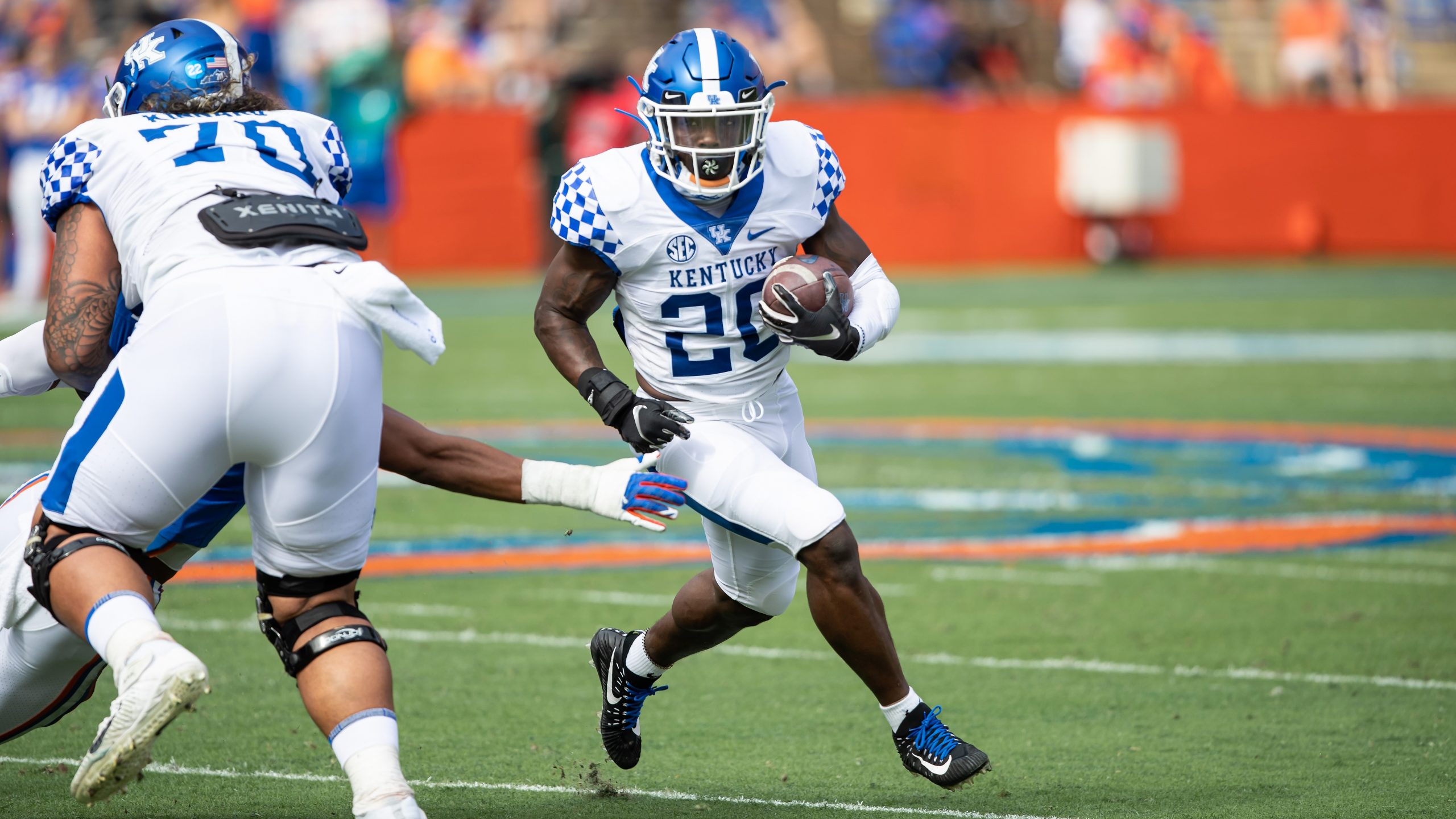 Kentucky rushed for 159 yards in Saturday’s loss against the Gators.

It was another disappointing day for the Big Blue Nation. Following a 63-3 loss at Alabama last week, Kentucky fell to Florida 34-10.

While the UK offense was only able to produce 10 points, it was ultimately special teams that led to the Cats’ defeat.

On Florida’s opening drive, a fake punt resulted in a first down and led to a 56-yard touchdown pass from quarterback Kyle Trask to 6-foot-6 tight end Kyle Pitts.

After a Kentucky punt, the UK defense forced and recovered a fumble. The Cats’ offense answered with a six-play drive that resulted in a four-yard touchdown pass from QB Terry Wilson to TE Keaton Upshaw.

Following a Florida punt, UK put together a 14-play drive that was capped off with a 22-yard field goal by senior kicker Matt Ruffolo. Kentucky held a 10-7 lead with 2:13 remaining in the first half.

After a Florida punt pinned the Cats at the UK 1, Kentucky was forced to punt after a three-and-out. On the ensuing Wildcat punt, the Gators re-gained the lead off a 50-yard punt return for a touchdown by Kadarius Toney. At halftime, Florida led the Cats 14-10.

In the second half, Trask connected with Pitts for two additional touchdowns and Florida cruised to a 34-10 victory.

The Gators entered the matchup ranked No. 6 in the Associated Press Top 25 poll. Kentucky is now 6-10 against ranked teams since 2015.

Kentucky’s next game is scheduled to be against South Carolina on Saturday, Dec. 5 at Kroger Field.