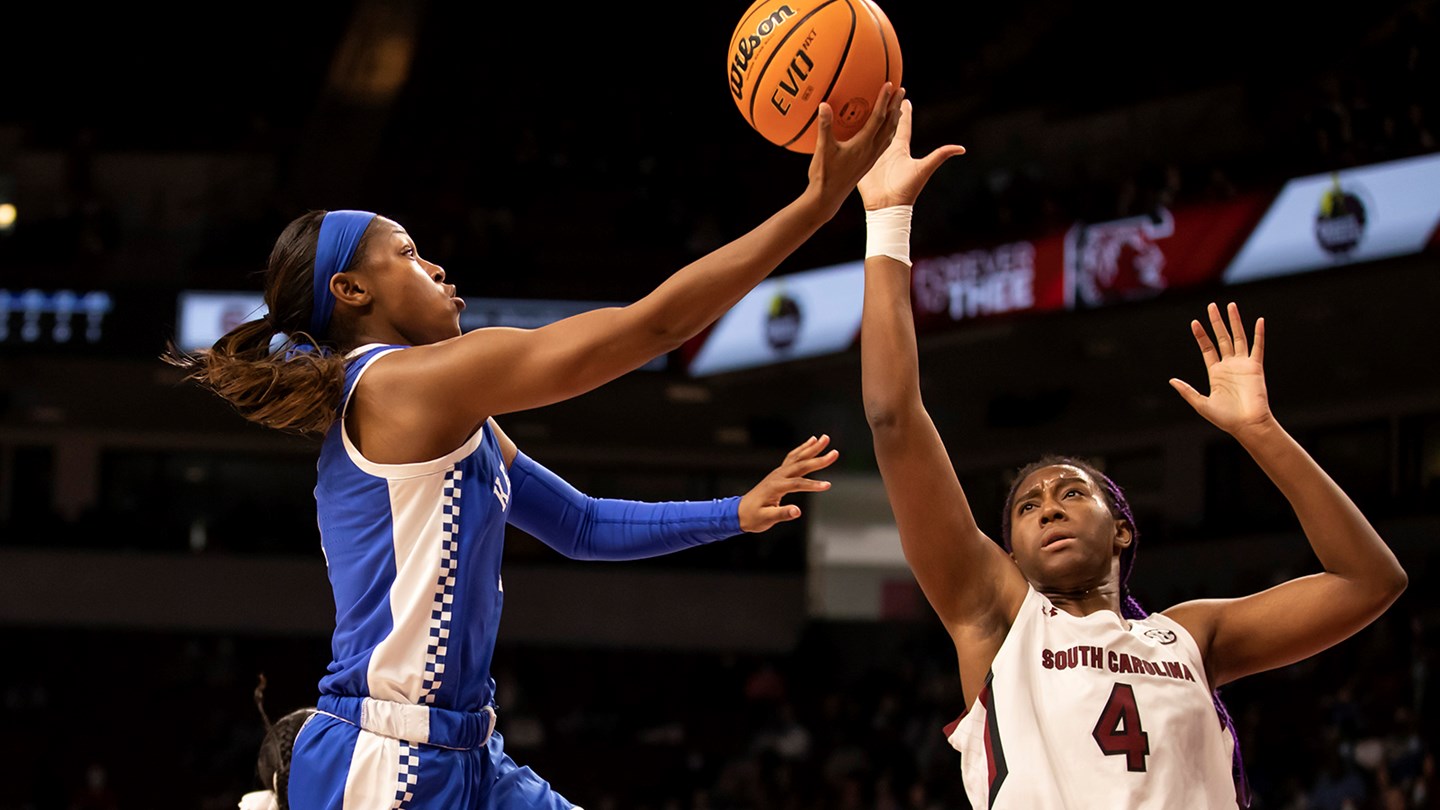 Wildcats will host Mississippi State on Thursday at 7 p.m. ET inside Memorial Coliseum

Kentucky scored first on a Howard basket before the Gamecocks scored four in a row. UK took the lead back on a three by Hunt. After South Carolina scored four more in a row, Kentucky got a three from Edwards, a driving layup from Robyn Benton and a three from Jazmine Massengill to lead 13-8.

South Carolina would score the next eight points to lead 16-13. The Cats would answer with a layup from Olivia Owens and a three from Benton to re-take the lead, 18-16. South Carolina’s Aliyah Boston would make the period’s final basket and the teams were tied 18-18 after one period.

In the fourth quarter, South Carolina scored first to lead by 25 but UK scored nine in a row, six by Howard, to cut the deficit to 66-50. However, the Cats would get no closer.

Kentucky returns to action on Thursday, hosting Mississippi State inside Memorial Coliseum. Tipoff is set for 7 p.m. ET and the game can be seen on SEC Network Plus.