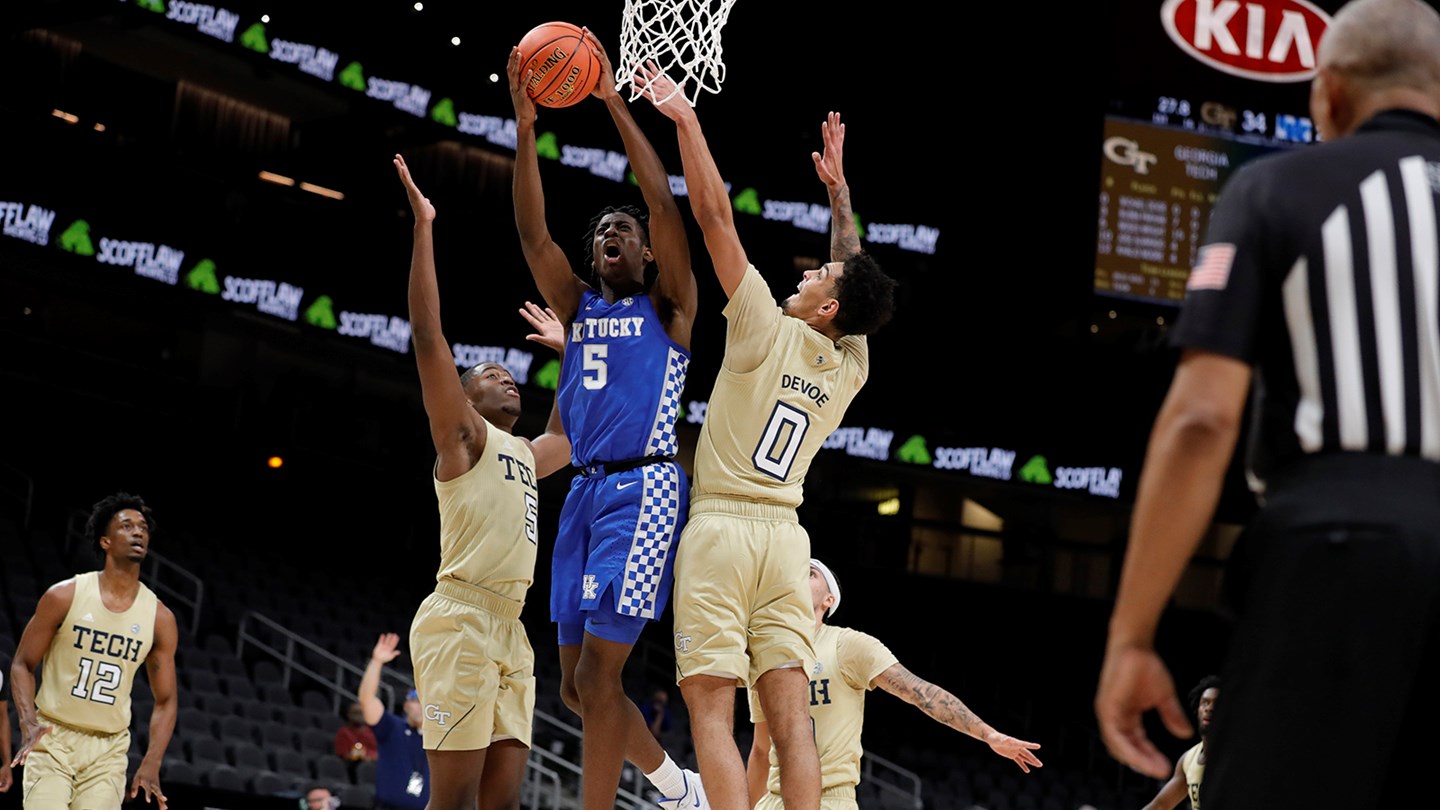 The Yellow Jackets dominated UK with 33 points off turnovers.

On Sunday, No. 20 Kentucky lost its third-straight game with a 17-point loss to Georgia Tech at State Farm Arena in Atlanta, Georgia. The loss marks the second three-game losing streak for the Cats in the John Calipari era.

The Yellow Jackets led by as many as 10 points in the first half and held a 34-27 lead at halftime. With a 41-30 Georgia Tech lead early in the second half, a 3-pointer by 6-foot-7 freshman guard Terrence Clarke sparked a 7-0 UK run. Despite the Cats’ momentum, the Yellow Jackets extended their lead to as many as 20 points and cruised to a 79-62 victory.

Kentucky had 21 turnovers while Georgia Tech tallied just six. Despite entering the matchup ranked sixth in the nation in blocks per game, UK recorded just one block compared to five for the Yellow Jackets.

Georgia Tech led for over 31 minutes of the game, but one bright spot for Kentucky was 3-point shooting. The Cats entered the game having made just nine 3-pointers on the season, but tallied eight 3’s on 19 attempts against the Yellow Jackets.

Clarke, who finished 3-of-4 from 3-point range, finished the game with a team-leading 22 points. Brandon Boston Jr., a 6-foot-7 freshman guard, was the team’s second-leading scorer with 11 points.

UK’s next game is scheduled to be against Notre Dame on Saturday, Dec. 12 at noon.