CATS Fall to Gators at Home in Howard’s Absence 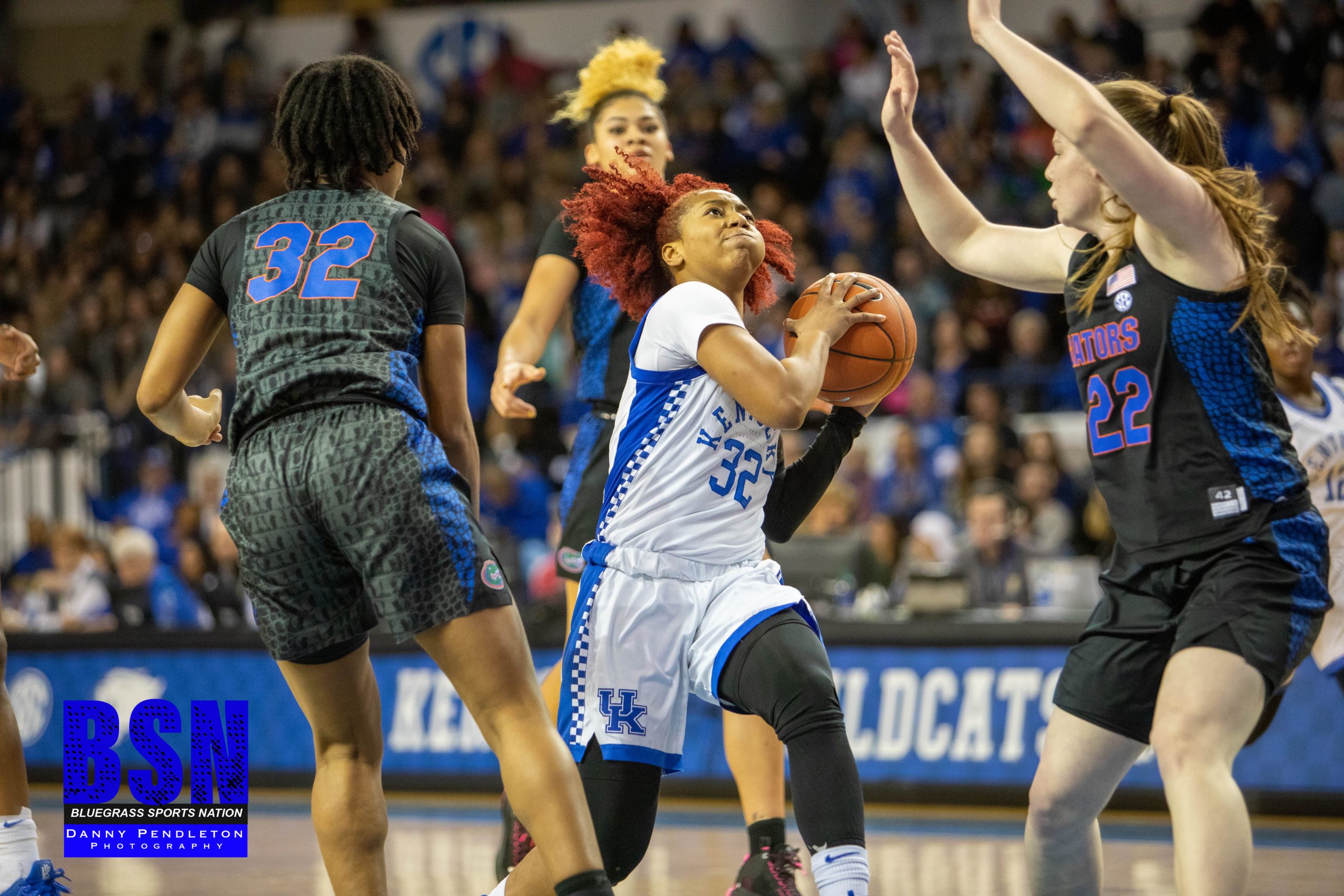 The No. 13 ranked Kentucky Wildcats women’s basketball team returned to Lexington on Sunday afternoon looking to defend their home court against the visiting Florida Gators while still being without their star-studded sophomore forward Rhyne Howard.

The No.13 ranked Cats faced off against the Florida Gators for a 2nd time this season on Sunday afternoon with the only difference being that this one would be played in old Memorial Coliseum.

The first time these two teams met was back on January 12th in Gainesville where Kentucky ran away with a dominant 65-45 twenty-point victory.

Even after a convincing win in their first meeting, Kentucky head Coach Matthew Mitchell knew Florida was a talented team and had to try and get his team ready stating that “we really had a lot of focus in this week of practice knowing that not only did we all have to step up in Rhyne’s absence, but also because of the good team that was coming to town.”

The first quarter was of no disappointment as both teams came out of the gate with lots of energy and intensity. Even in Rhyne’s absence, the Cats were still able to find some offense and control the game in order to take a 17-9 lead at the end of 1st period.

Within the quarter, Florida head coach Cameron Newbauer was given his first technical foul for abusive language to an official and his team did not respond well and were only able to tally 9 points on 36% shooting from the field.

While both teams still seemed to have some struggles on the offensive end, Kentucky was able to force 6 turnovers in the 2nd period alone, as well as scoring 12 points off of those turnovers in order to secure a 29-19 lead heading into the halftime break.

Coming out of the break not only had the Gators seemed to find their stroke, but the absence of Rhyne Howard was really showing for the Cats. After getting some stops and chipping away at the Kentucky lead little by little, combining their defensive pressure with their hot-handed shooting, Florida was able to cut the Cats lead to only 46-43 to end the quarter.

The 4th quarter did not disappoint either, with both teams fighting and scraping until the final buzzer. During the quarter both teams were able to make their own runs, including Florida’s overcoming a 14-point deficit in order to give them their first lead of the game since the first quarter with 4:30 remaining.

Within the final few minutes of play I think that every Cats fan was feeling Rhyne’s absence as Kentucky struggled to find any source of offense down the stretch.

Even after many Kentucky timeouts and attempts to stop the Gator’s momentum, Florida gave Kentucky more than they could handle.

In the end, in the absence of Rhyne Howard the Cats were unable to defend their home court and suffered a 70-62 loss.

While the Cats only scored 16 4th quarter points, they were led in scoring for the afternoon by Sophomore transfer guard Chasity Patterson, who tallied 25 points, 2 assists, and 0 rebounds on the day.

Kentucky falls to 17-4 (6-3) on the season and will take the court again on Thursday night in Memorial Coliseum at 7 pm against the visiting Alabama Crimson Tide.