CATS Get in Win Column Over Robert Morris 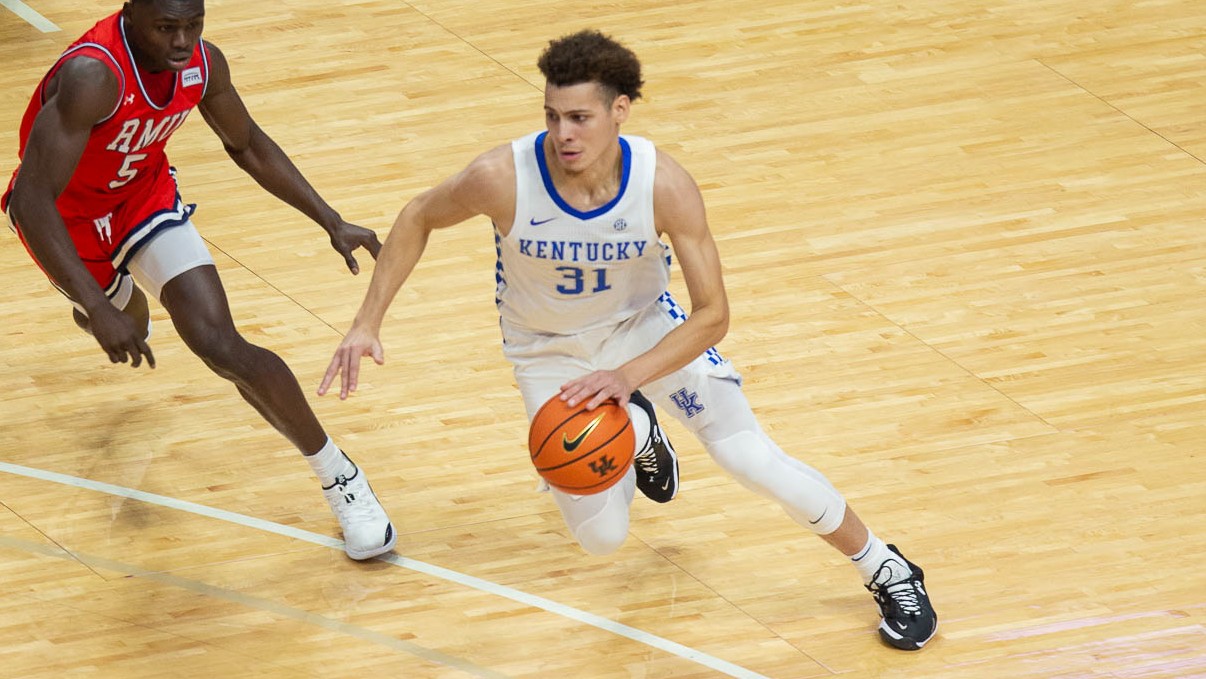 The Kentucky Wildcats returned home for the first home game of the year Friday night against the Robert Morris Colonials after coming off a 79-71 loss to the #9 Duke Blue Devils at Madison Square Garden. Oscar Tshiebwe put on an outstanding performance against the Blue Devils, finishing up with 17 points and 20 rebounds. Those 20 rebounds put him in a league of his own considering it was a Champions Classic record, most by a UK payer in a debut, most by a UK player in the John Calipari era, and most by a UK player since Jared Prickett in 1994. A lot of Kentucky fans might remember Robert Morris from the 2013 first round upset in the NIT tournament. Robert Morris came into the game with an (0-1) record on the season with a 69-59 loss to Central Florida.

Kentucky started out on a 13-2 run led by no other than Oscar Tshiebwe with four points and five rebounds within the first four minutes of the game, with Grady contributing with five points. The Colonials fought back cutting the score to 17-10, but Tshiebwe continued being too much, giving the Wildcats second chance opportunities with four offensive rebounds before the ten-minute marker. TyTy Washington broke away with a steal and finished on the offensive end to put the Wildcats up 26-13 with 8 minutes left to play in the first half, forcing Coach Andrew Toole to call a timeout for the Colonials. Kentucky native, Dontaie Allen, got his first minutes of the season hitting a three to put the Cats up 40-22 with 3:46 left to play in the first half that brought the Kentucky fans to their feet.

Kentucky went into the half with a 46-30 lead. They were led offensively by TyTy Washington and Kellan Grady who both contributed ten points. The Wildcats were led on the glass by Oscar Tshiebwe with nine rebounds. The Colonials were led by Green III with twelve points. The Colonials really struggled scoring and handling the ball against Kentucky’s length and athleticism. TyTy Washington looked a lot more comfortable and in control offensively compared to the Duke game. Kentucky outrebounded Robert Morris 23 to 10 at the half, which led to twelve offensive points for the Cats.

Kentucky came out right where they left off, not letting off the brakes at all. With 10 minutes left to go in the second half, Kentucky already had four players in double digits. With 8:30 remaining in the second half, Mintz hit a three in the corner to put Kentucky up by 30 with a score of 76-46. Tshiebwe is becoming a BBN favorite early in the season, dominating the boards, finishing with twenty rebounds, with ten of those being on the offensive end, giving the Cats second chance after second chance. The Wildcats looked a lot more in flow tonight and seemed to be enjoying themselves and so did the fans.