CATS Get the London Win Over Wolverines 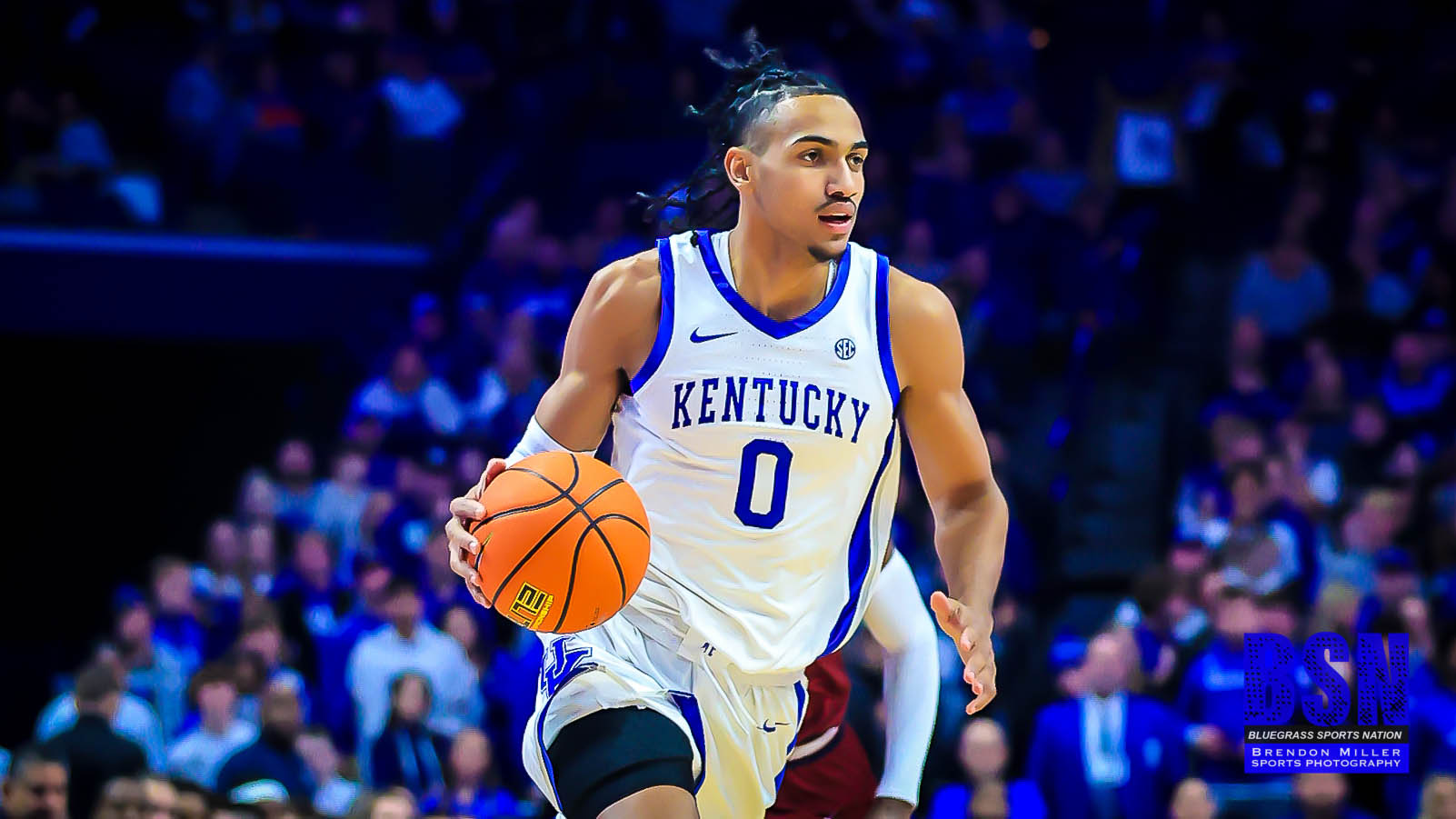 Engaged in a tight game against Michigan at O2 Arena, No. 19 Kentucky needed a spark. So the Cats, naturally, turned to a player who seems to almost always make good things happen.

While most would assume that the player in question would be defending National Player of the Year Oscar Tshiebwe. However, on Sunday that player was freshman Cason Wallace.

Kentucky held a 37-36 lead at the half against Michigan, but the Cats opened the second half on an 8-1 run. All eight of the points were scored by Wallace, on a pair of three-point baskets and a jump shot. The Cats suddenly found themselves with their largest lead of the game to that point, 45-37.

Late in the game, with the Cats holding a tenuous 68-66 lead and needing a basket, it was Wallace who came through again. This time, he connected on his fourth three-pointer (in four tries) of the game, extending the UK lead to 71-66 with 1:11 to play.

Despite missing a number of free throws down the stretch, the Cats hung on for a 73-69 win. Wallace and Jacob Toppin each had 14 points to lead the Cats. Wallace added eight rebounds and five assists in the victory.

Oscar Tshiebwe had another double-double for the Cats, scoring 13 points and 14 rebounds. Sahvir Wheeler had 11 points and seven assists, while Antonio Reeves scored 11 for the Cats.

In the first half, Kentucky took an 11-8 lead on an Antonio Reeves three but Michigan responded with nine consecutive points to lead 17-11 with 13:19 to play in the half. The Cats responded with six a a row, including a desperation three by Sahvir Wheeler that marked his 1,000th career point.

Michigan would go up by five on a three from Isaiah Barnes but Kentucky closed the half strong. Tshiebwe had a basket, followed by a Reeves three and two Tshiebwe free throws to give the Cats a 36-34 lead. UK would take a 37-36 lead into the break.

Kentucky returns to the court on Saturday, hosting Yale at Rupp Arena. Tipoff is set for 1 p.m. and the game can be seen on the SEC Network.