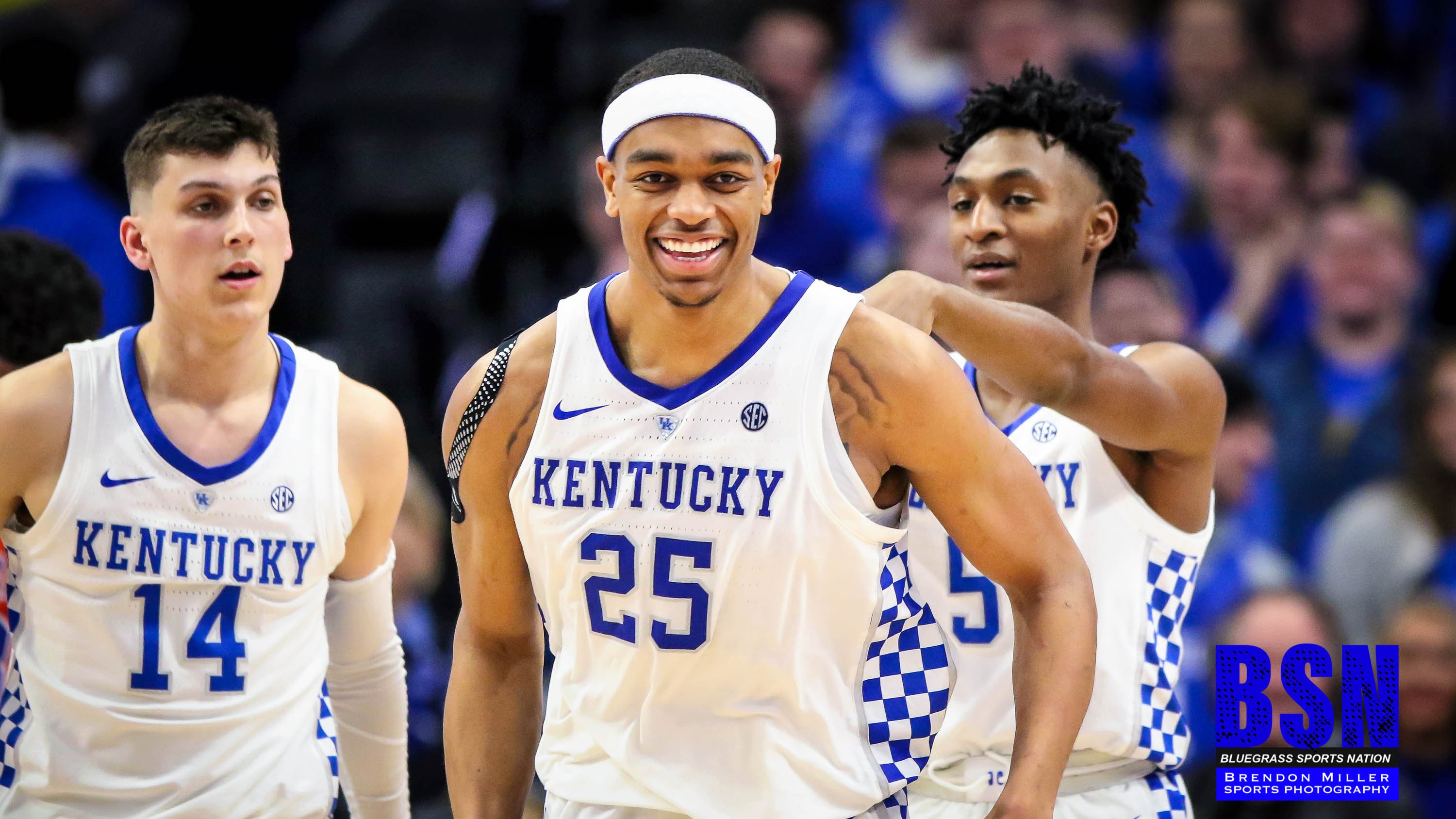 Aother season is coming to an end as the Wildcats took the court for the last time in Rupp Arena in the 2018-19 season. The last game always brings in Kentucky’s Senior Day activities and this year was no different as the fans celebrated Senior Jonny David’s and Senior transfer Reid Travis’ last game in front of the home crowd. The Cats have won their last 8 games played on senior day (UK didn’t celebrate Senior Day last year) and were looking to continue their streak.

Florida came into Rupp looking to continue their great defensive play. They entered the game ranked 14th in the Kenpom rankings and have held 9 opponents to 57 points or fewer this season. The Wildcats looked to get P.J. Washington back into the flow offensively after foul trouble lowered his production over the last 2 games.

Kentucky’s defense was great to start the game. They held the Gators to 1-6 shooting and managed to push ahead of Florida by as much as 9 points. The Gators, however, were able to end the half on a 15 to 5 run giving them the 31-30 halftime lead.

The Wildcats didn’t score a field goal for the last 5:52 of the half, but made 10 of their 13 free-throws and stayed in the game. Ashton Hagans was the leading scorer of the half with 11 points and Keldon Johnson leading in rebounds with 5.

After an inspirational halftime speech by former Wildcat Ravi Moss, the Rupp Arena crowd was loud the entire second half. Only scoring 4 points in the first half, P.J. Washington played with determination in the second half scoring 7 straight points for the Cats. Florida was able to hang around for most of the half, but after a 15 to 2 run the Cats separated themselves and won the game 66-57.

It was another grind-it-out game for the Wildcats and it shows how much this team really misses Reid Travis’ presence on the floor. Hopefully, the Cats get him back for the upcoming SEC Tournament. The Wildcats will be the 2 seed in the tournament after Tennessee lost to Auburn earlier in the day. That puts the Wildcats playing at 6 p.m. on Friday.