CATS Grind Out Victory Against Bellarmine 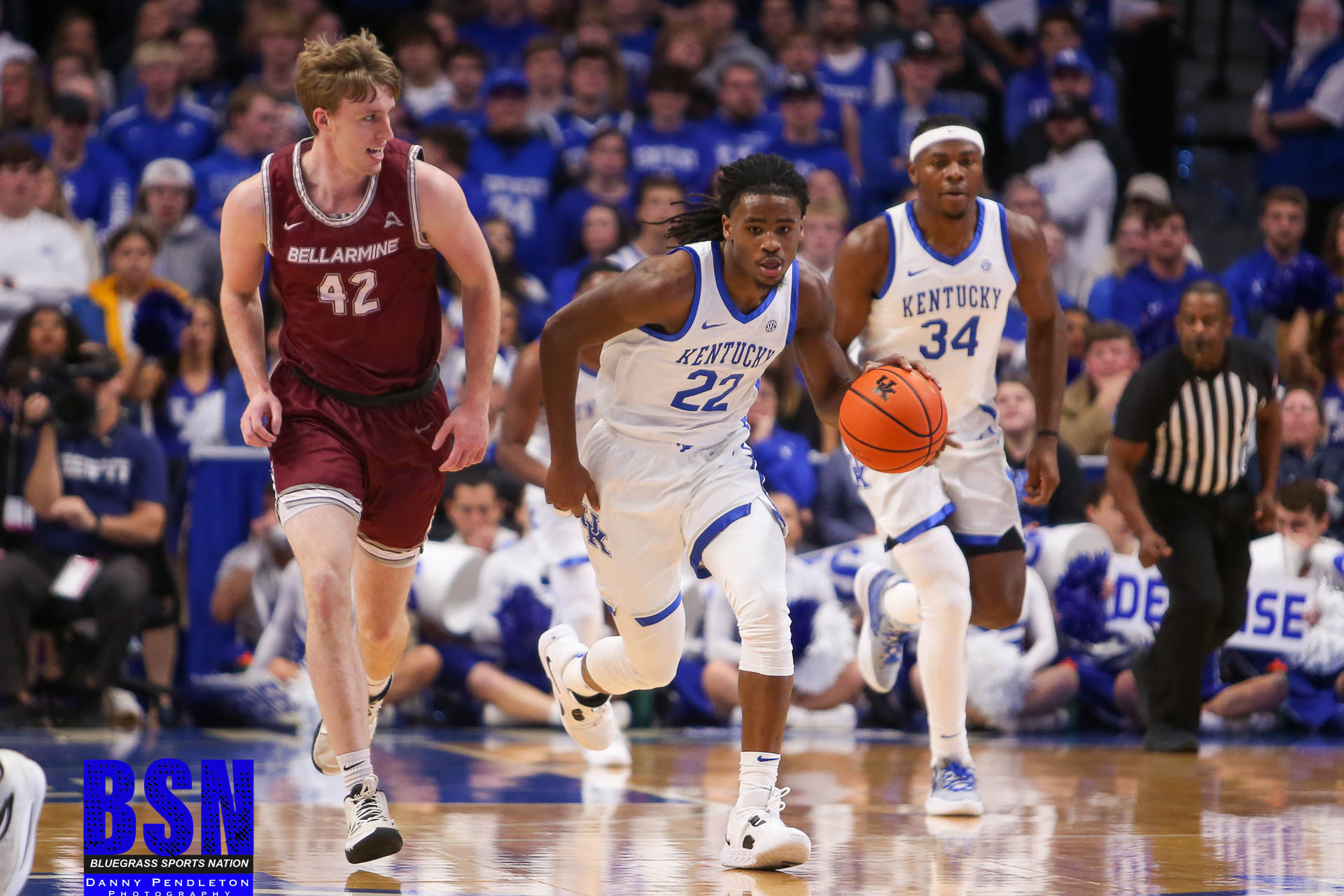 Kentucky faced off against their second Louisville team this week, this time the Bellarmine Knights traveled the 75 miles to play on the hardwood of Rupp Arena. Bellarmine, who defeated the Louisville Cardinals at the beginning of the season, proved to be a tougher opponent then Kentucky’s past home game opponents making the Cats play a full forty minutes before being defeated.

It was evident early on that the Wildcats would have to play hard to beat the Knights who took an early 6 to 0 lead while holding the Cats 0 for 7 from the field. The Wildcats only had 6 points with 10:30 left in the first half. However, a couple quick baskets by the Cats tied the game for the first time with 9:45 left in the first and finally took a lead with 5:27 left. The Cats got hot near the end of the first half scoring 8 points in only 1:20 and stretched the lead to 21 to 14. However, the Cats allowed the Knights back into the game and ended the half tied at 21 to 21.

The beginning of the second half looked the same as the first half. The Wildcats went on a 2-minute scoring drought while the Knights scored six straight. That is when the Big Blue Nation had collectively had enough. The Rupp Arena crowd roared during every possession that Bellarmine had causing 3 turnovers and a scoring drought of 4:24. The Wildcats used the momentum to make a 23 to 3 run and pushed their lead 51 to 35 with 6:07 left in the game.

Kentucky was able to maintain the led the rest of the half and sailed to a 60 to 41 victory. Antonio Reeves led the Wildcats in scoring with 18 points making 3 of his 6 attempts from three. C.J. Fredrick scored 11 points making 3 of his 7 three-point attempts. Oscar Tshiebwe didn’t get his double-double due to only scoring 8 points, but manage to grab 12 rebounds to lead the team.

As a team the Wildcats 28 points in the paint compared to Bellarmines 8. They also secured 42 rebounds which was twice as many as the Knights’ 21 rebounds. After shooting poorly in the first half (30%) the Cats shot much better (56%) in the second.

The Wildcats did not play a great game. Nor was the game fun to watch, but the game did prove that the team can win a close game. This is a feat that we have not witnessed yet this season. The next challenge for Kentucky will take place in London when they face Michigan in a 1pm matchup on Sunday, December 1st.