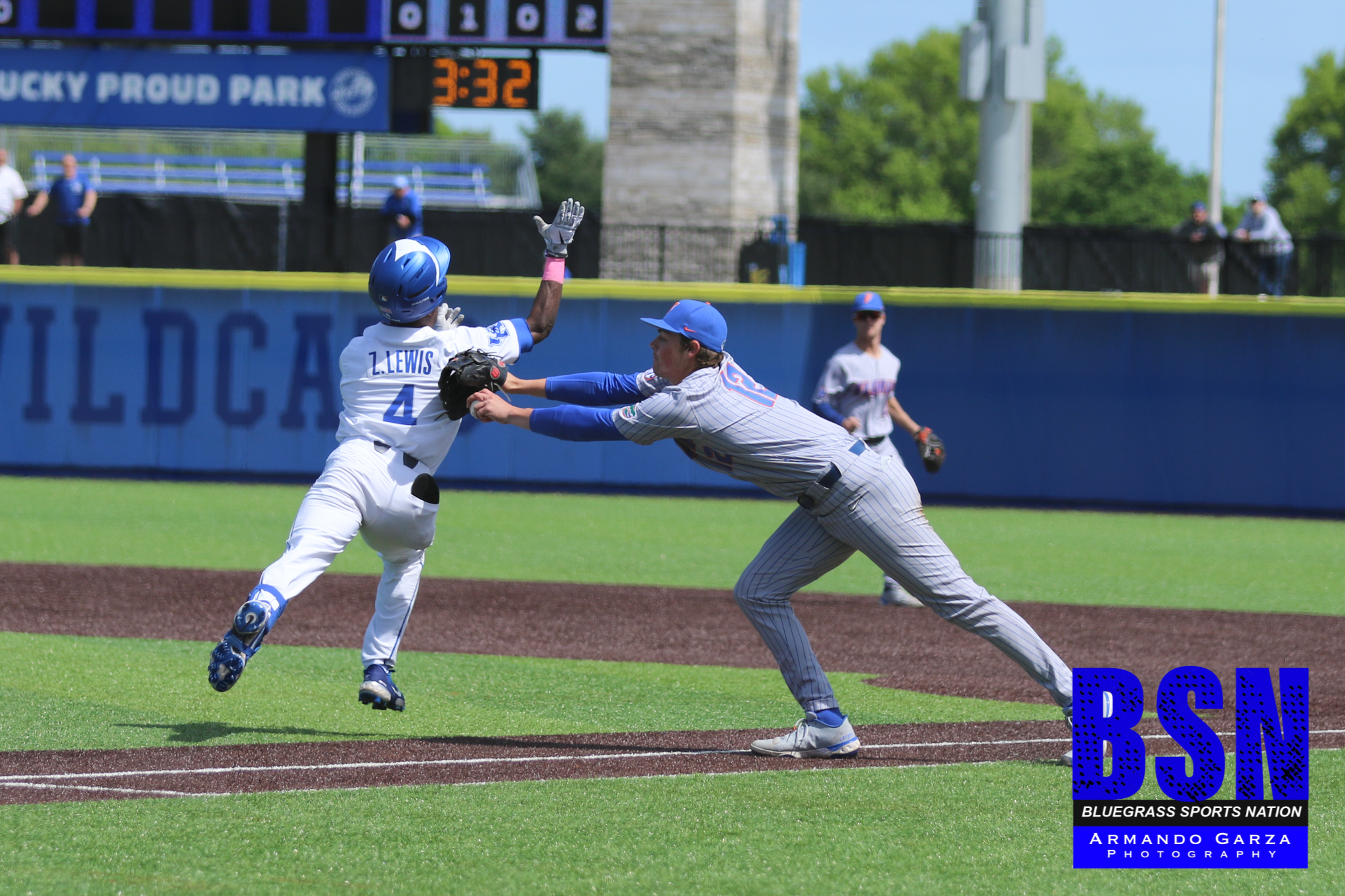 The Wildcats stymied by Florida LHP Hunter Barco, come up short in bid to win series

The Kentucky baseball team may be seeing Hunter Barco in its nightmares for a long time. The Florida left-hander dazzled on Saturday, keeping the Wildcats off balance with a steady diet of breaking balls as the No. 8 Gators won the series tiebreaker 9-2 at Kentucky Proud Park.

The Wildcats fell to 27-17 overall, 11-13 in Southeastern Conference play and missed a golden opportunity to claim a series over a top 10 opponent as the regular season enters its final weeks. South Carolina arrives in Lexington next weekend before league play wraps up against Vanderbilt in Nashville.

After a wild affair on Friday night that saw the Cats come within one strike of winning the series, Saturday’s contest was mostly tame. The Gators took advantage of a first inning misplay in the outfield to take an early lead and added single runs in both the second and third innings to make it 3-0. Meanwhile, Barco held the Cats at bay, yielding just two hits over 6.2 efficient innings, striking out 10 and walking just one.

The Cats clawed back within shouting distance in the eighth on back-to-back home runs by Coltyn Kessler and Oraj Anu and put two more runners on before Cam Hill flied out to deep centerfield to end the threat. Florida then added four runs in the ninth to put the game – and series – away.

Top 3rd – Armstrong walked, advanced to second on a double play grounder and scored on a single up the middle by Calilao. Florida 3, UK 0.

Top 5th – Calilao walked to open the inning, Rivera singled and Acton reached on an error. Calilao scored on a SAC fly to CF by Young, Rivera to third. Florida 4, UK 0.

Top 8th – Young doubled, advanced to third on a fly out and scored on Armstrong’s SAC fly to CF. Florida 5, UK 0.

Kentucky hosts Morehead State on Tuesday at Kentucky Proud Park. First pitch is set for 6:30 p.m. ET on the SEC Network Plus. The radio call will be on the UK Sports Network.