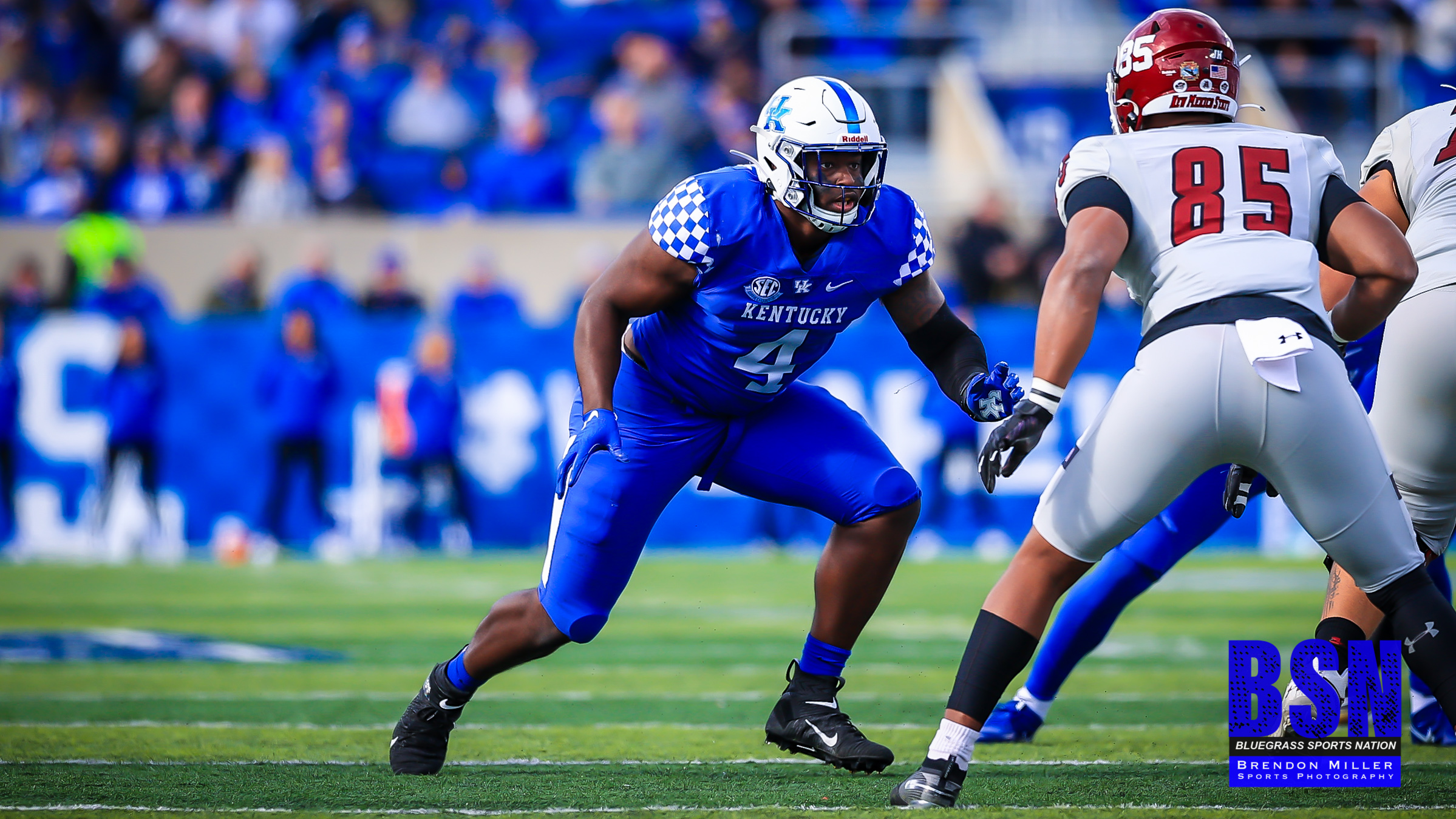 Senior Day can be unpredictable.

It began that way for Kentucky when New Mexico State scooped up a bad snap that sailed over Kentucky quarterback Will Levis’ head and was returned  for a touchdown. Just like that, New Mexico State, winners of only one of 10 games, had a 7-0 lead on the Wildcats.

By the end of the quarter, however, Kentucky (8-3) had recovered by building a 21-7 lead, putting away any hopes of an upset bid by the struggling Aggies. Kentucky went on to defeat New Mexico State 56-16 in its home finale and will close out the season Saturday at Louisville.

“It was a very good win,” Kentucky coach Mark Stoops said. “I was very pleased with the way the team responded after the half. It’s not that we played bad in the first half, but we had some bad plays — starting with putting the ball on the ground. It sucks the life out of the stadium when you put the ball on the ground and give up seven points early and that obviously can’t happen against better opponents.”

New Mexico State scored just nine points on three field goals against the Wildcats, but Stoops wasn’t happy with the longevity of some drives by the Aggies in the first half.

“It wasn’t like they were scoring a lot but the drives, (three) possessions in the first half and three field goals, kept the ball away from us,” Stoops said. “I’m happy for the seniors and I happy for the guys who don’t normally get to play. I’m really happy that our team finished strong (at home).”

Although New Mexico State scored first, the Wildcats responded in a big way and that’s simply what good teams do. Kentucky carries a two-game winning streak into its showdown with the Cardinals, a contest that will determine the quality of bowl for both teams.

Kentucky led the Aggies 35-16 at the half, a margin that could have been much larger if not for two turnovers, including a fumble at the goal line late in the second quarter. Kentucky’s seniors had a big part of the team’s first-half showing, including two touchdown catches by senior tight end Justin Rigg.

Josh Ali, also a senior, had a touchdown catch, while Quandre Mosley had a 38-yard interception return for a touchdown that gave the Wildcats the lead for good in the first quarter. Senior defensive lineman Josh Paschal added a sack in the first two quarters for the Wildcats.

Although not a senior, it was a career-high performance by Kentucky signal-caller Will Levis, who threw for 411 yards and yards four touchdowns, marking the first time since Andre Woodson a Wildcat quarterback has thrown for more than 400 yards.

“I was glad I was able to get the ball to a lot of people,” Levis said. “As an offense, I thought we did a pretty good job. You’re never going to be perfect but you just need to strive to be a little bit better.”

“I thought we were in control of the entire game offensively,” Stoops said.

The Wildcats (8-3) put an exclamation point on the easy victory by shutting out the Aggies in the second half, limiting them to three first downs, which made Stoops smile.

“I was pleased with the way the team bounced back,” Stoops said. “We had a dominate half.”

KICKOFF NEXT WEEK: Kentucky and Louisville will be playing at 7:30 p.m. in Cardinal Stadium with ESPN2 televising.