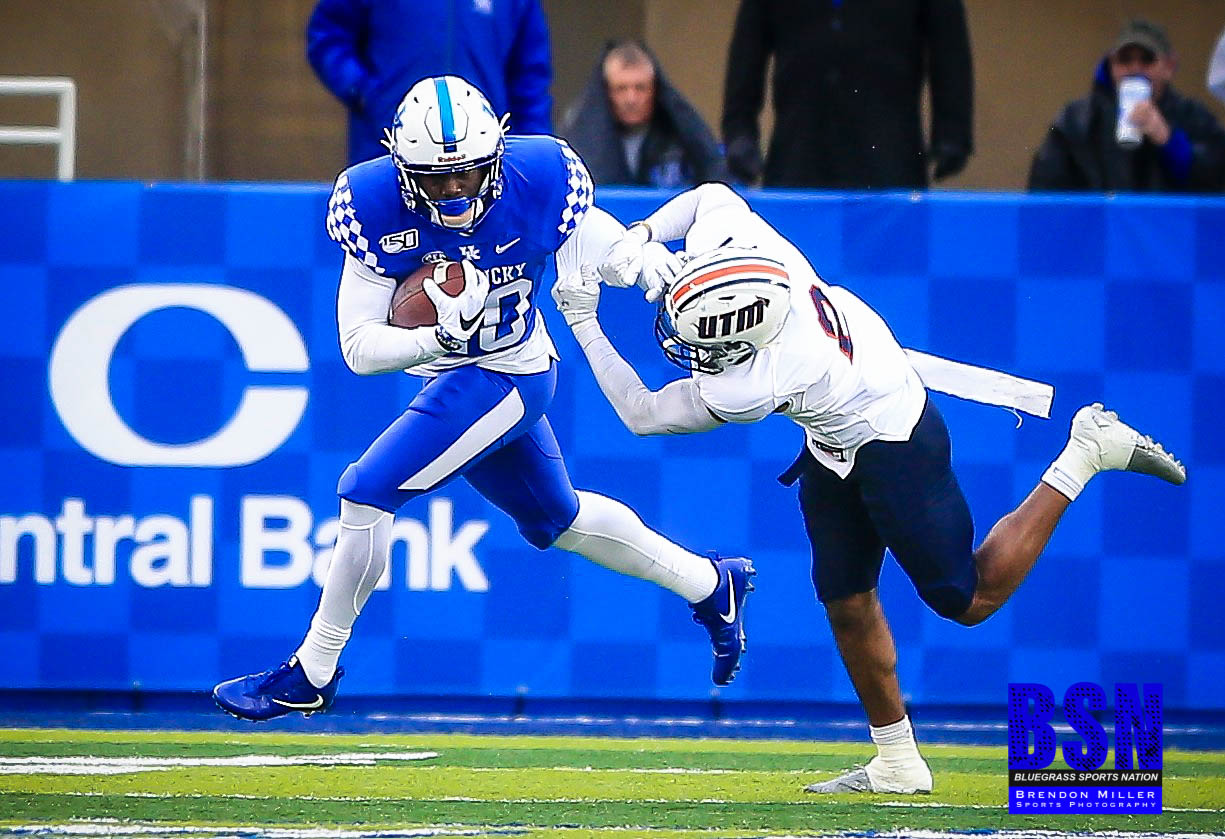 On Saturday afternoon, the Kentucky Wildcats hosted the Tennessee Martin Skyhawks. The weather conditions were less than ideal as it was a cold, windy, and rainy day in Lexington. However, the good news for BBN is that their Cats controlled the game from start to finish.

Kentucky went into halftime with a 29-0 lead and cruised to a 50-7 victory. With the victory, the Cats are now bowl-eligible for the fourth consecutive season. After the game, coach Stoops said, “We don’t take the bowl games for granted. … We know we went a lot of years without going to bowl games here.”

Kentucky Defense:
The Kentucky defense continued to impress as they allowed -12 rushing yards, which was the fewest rushing yards UK has allowed since holding Vanderbilt to -23 in 1996. Kentucky held UT Martin to 204 yards of total offense, the fifth consecutive game that UK has limited the opponent to less than 300 total yards. This season, Mark Stoops’ defense has held five opponents without a touchdown in the first half, the most such performances by a UK team since 1993. UK recorded five sacks; Calvin Taylor and Josh Paschal led the charge with 1.5 each.

Kentucky Offense:
The Kentucky offense had a successful day as well. The Cats rushed for 462 yards, a school record for the most rushing yards in a single game. It was the second consecutive game where UK has rushed for over 400 yards. A total of 16 Wildcats saw their first game action of their careers. In the process, five different players scored a rushing touchdown (Lynn Bowden, A.J. Rose, Travis Tisdale, Tyler Markray, and Chris Rodriguez).

Lynn Bowden became the tenth player in school history to reach 4,000 all-purpose yards in a career. He now has 4,123 yards, tied for eighth place in UK history. With his performance against UT Martin, Bowden broke Mike Fanuzzi’s school record for the most 100-yard rushing games by a quarterback; Bowden now has five such performances. A.J. Rose needed only six carries to rush for 105 yards. It was Rose’s fourth 100-yard rushing game of his career, which have all come in games where he had 10 or fewer rushing attempts.

What’s Next:
Kentucky’s next game is against Louisville on Saturday, Nov. 30, in the regular season finale. The game is scheduled for noon and will air on the SEC Network.