CATS Lose at South Carolina – Takeaways From The Game 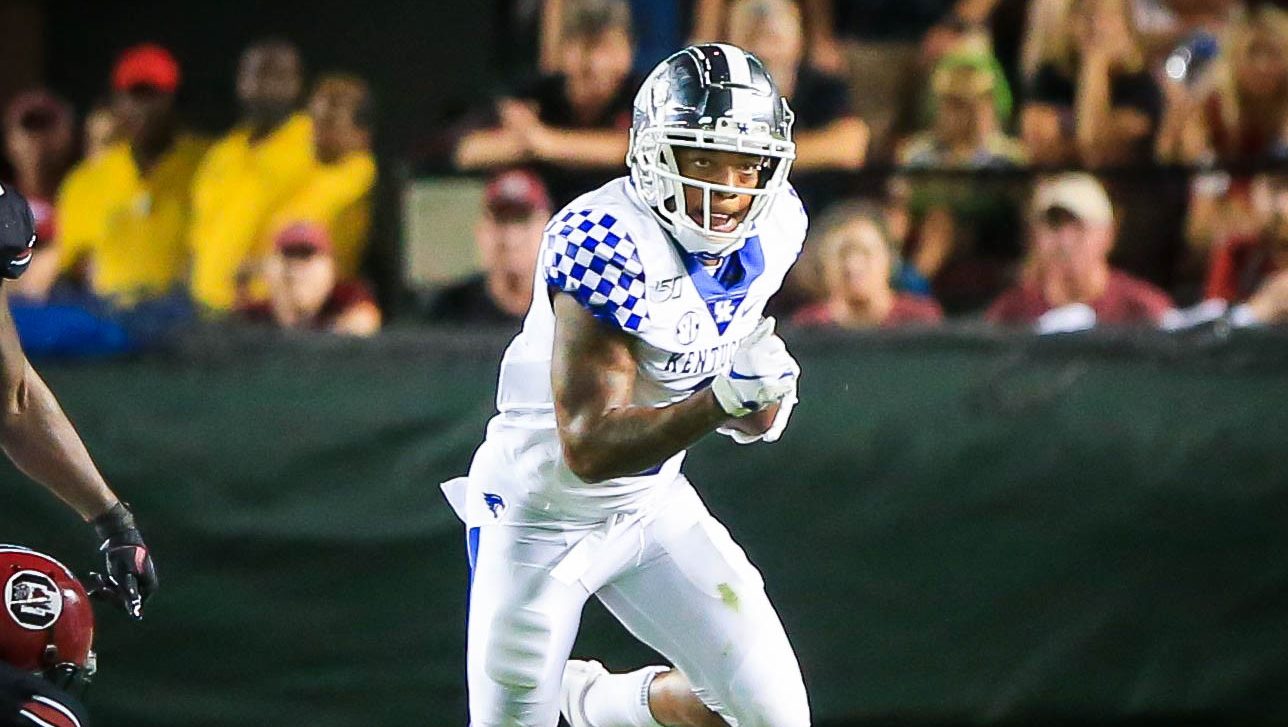 Over the weekend, Kentucky suffered a 24-7 loss to South Carolina. All in all, there are not a lot of positives to take away from the game. The offense struggled to gain ground, while Sawyer Smith was clearly not 100%. The offensive plays were very basic. Kentucky rarely took shots downfield, mainly running the ball or throwing short, high percentage passes. It can only be assumed that this was due to Smith’s injury to his throwing shoulder.

After the game, Mark Stoops said: “Sawyer is giving us everything he can. He’s banged up, he’s banged up and that’s the bottom line. We don’t need to make excuses, there are no excuses. We all need to do a better job and we got to get some guys healthy.” Stoops went on to say, “Sawyer has to heal up and hopefully he will, we got to get some things checked out on him here during this bye.”

Lynn Bowden played quarterback on Kentucky’s final possession of the game. Under Bowden’s guidance, the Cats scored a touchdown in just five plays, covering 84 yards. While the touchdown came in garbage time, it was still good to see. Bowden looked comfortable going 2-2 for seven yards, even scrambling to extend one play which resulted in a 26-yard run by Bowden.

When asked if there were conversations about taking Sawyer out of the game earlier, Stoops said: “Yeah, (we) probably could have taken him out earlier, I don’t know. At that point, he took another hit and that’s when it was definitely, we had to get him out at that point; (We were) down 24 so, (we) can’t compound things.”

“Maybe (we) should have went to Lynn maybe earlier (at quarterback), I know everybody’s going to ask that. I don’t know, it’s worth a shot because we certainly did struggle moving the football,” Stoops said.

Offensive Coordinator Eddie Gran had this to say about Sawyer Smith: “Kid’s tough. He’s really tough.” When asked if there were conversations about benching Smith due to the fact that he wasn’t close to 100% Gran replied, “Looking back at it, probably should have. But, the kid looking at him in his eyes with the information I was getting he was good.” Gran went on to say as the offense continued to stall, Bowden probably should have been put in at quarterback a little sooner.

When asked how much of the offense Lynn can run from quarterback, Gran replied, “He knows every position, the reason why we can move Lynn around is because he knows everything. He’ll know where they’re supposed to be.” Gran went on to say, “It was pretty electric when he was back there. It’s what he did in high school. He throws the ball well and it’s not just hitches, he throws the deep ball well.”

As for the other side of the ball, the defense struggled at times, but all things considered played really well. Despite the offense’s lack of production, energy or momentum, the Kentucky defense held South Carolina to just 24 points. The defense played inspired football. Yes, they did struggle at times, It would have been easy for them to give up at times, but they did not. It could have been a lot worse and they, all things considered, held up to their end of the bargain.

“I still love this team. These guys are going to fight. We’re in the midst of a tough stretch right here. We need the bye. We got to get healthy and we got to hit the reset button and go back and fight our way out of this. There’s only one way to do that and we’ll do it. We’ve been in worse situations before. We’ll continue to stick together and get better and find options. That’s all you can do.” This quote from Stoops is exactly what you want to hear out of your head coach.

Kentucky’s next game will take place at Kroger Field on October 12th, against Arkansas.