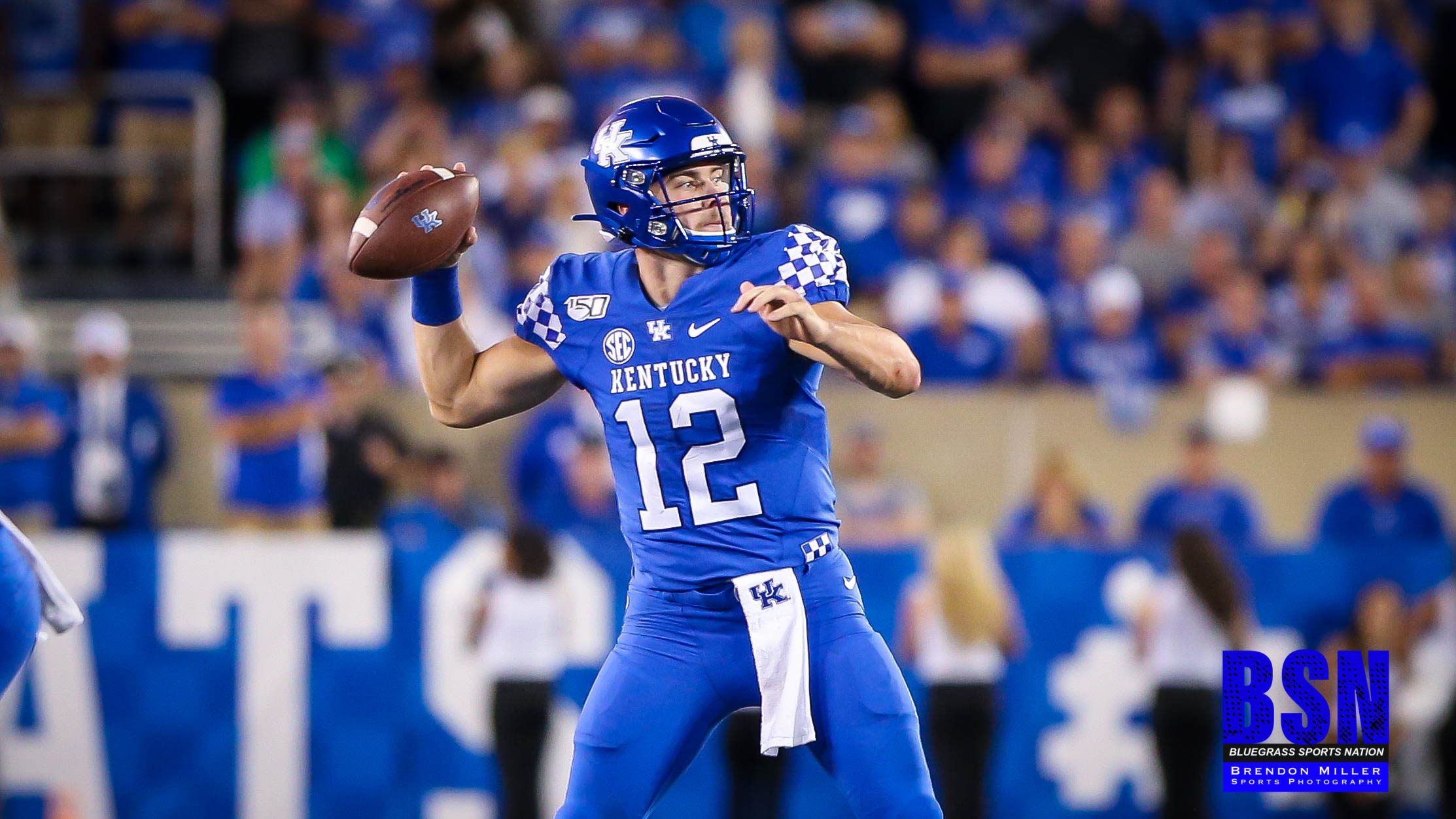 Tonight was a beautiful night for football as the Kentucky Wildcats hosted the Florida Gators at Kroger Field. At the beginning of the game, the sky was clear and it was a perfect 76-degrees.

Kentucky won the coin toss and elected to defer to the second half. The Kentucky defense started strong with an interception by Tyrell Ajian at the Kentucky three-yard line. The return went for 22-yards, and the Cats started the drive on their own 25-yard line. On the third play of the drive, a fumbled snap was recovered by the Gators at the Kentucky 31-yard line.

The Gators took advantage by scoring a touchdown in eight plays. The drive lasted just over five minutes and was capped on a 15-yard pass from Feleipe Franks to Freddie Swain. The Gators led 7-0 with 6:27 to go in the first quarter.

Kentucky responded with a long drive which last over seven minutes and covered 79-yards on 12 plays. The drive was capped off by a 26-yard touchdown pass from Sawyer Smith to Ahmad Wagner. Wagner made a tremendous catch in double coverage that simply cannot be explained through words. The score was 7-7 with 14:16 to go in the second quarter.

The Gators started their drive with a 31-yard pass from Feleipe Franks to Van Jefferson; however, on the next play, Kentucky’s Kordell Looney stripped Franks. The fumble was recovered by Kentucky’s Taj Dodson. The Cats started the drive on their own 46-yard line.

The Kentucky offense took full advantage, marching 54-yards in 11-plays capping off the drive with a one-yard touchdown run by Sawyer Smith. The Cats led the Gators 14-7 with 7:46 to go in the first half.

Kentucky put together a seven-play drive but was ultimately forced to punt. With eleven seconds left in the second quarter, Florida took a knee. The score at halftime was 14-7 in favor of Kentucky.

Kentucky got the ball first to start the second half. Kentucky put together a good drive, covering 57-yards in eight-plays; however, an interception and a long return gave Florida the ball at the Kentucky 21-yard line. The Gators were forced to settle for a 32-yard field goal. Kentucky led 14-10 with 7:50 to play in the third quarter.

The Kentucky offense rectified their prior drive by covering 75 yards, in six plays. The drive resulted in a 13-yard touchdown pass from Smith to Keaton Upshaw. The touchdown was Upshaw’s first career touchdown. Kentucky led 21-10 with 5:39 remaining in the third quarter.

The Gators drove into Kentucky territory. When faced with a fourth and one on the Kentucky 38-yard line, Florida decided to go for it. The Gators ran a play action pass. The Kentucky defense forced Franks to scramble and tackled him for no gain. The Gators turned the ball over on downs. During the play, Franks suffered an injury. Franks was carted off the field and did not return to the game.

Kentucky eventually turned the ball over on downs at the Florida 38-yard line. The Gators, led by backup quarterback Kyle Trask, proceeded to score a touchdown. It was a six-play, 62-yard drive capped off by an eight-yard touchdown run by Lamical Perine. Florida decided to go for two, but the Kentucky defense held strong. Kentucky led 21-16 with 12:41 to go in the fourth quarter.

Kentucky was forced to punt on the ensuing drive; however, Max Duffy’s 63-yard punt pinned the Gators on their own 4-yard line. The Gators put together an eight-play drive but was ultimately forced to punt. Kentucky took over on their own 14-yard line with 7:36 left in the final quarter of play. A miss-communication between Smith and Bowden resulted in an interception. A dead-ball penalty against the Gators, set them up at their own 34-yard line.

The Gators scored in just four plays. The touchdown was scored by Trask on a four-yard run. Florida led 22-21 with 4:11 to play in the game. Kentucky responded with a sustained drive that covered 58 yards on nine plays. Kentucky was forced to attempt a field goal from 35-yards. Chance Poore’s attempt was no good.

Florida took over with 00:54 on the clock. On third down, Florida’s Josh Hammond rushed for a 76-yard touchdown. Florida led 29-21 with 00:33 on the clock. Kentucky attempted a Hail Mary as time expired, but Florida intercepted the pass on their own nine-yard line. The final score was 29-21 in favor of Florida.

Kentucky’s next game is on September 21st at Mississippi State. The game is scheduled to start at 4:00 and will be aired on the SEC Network.