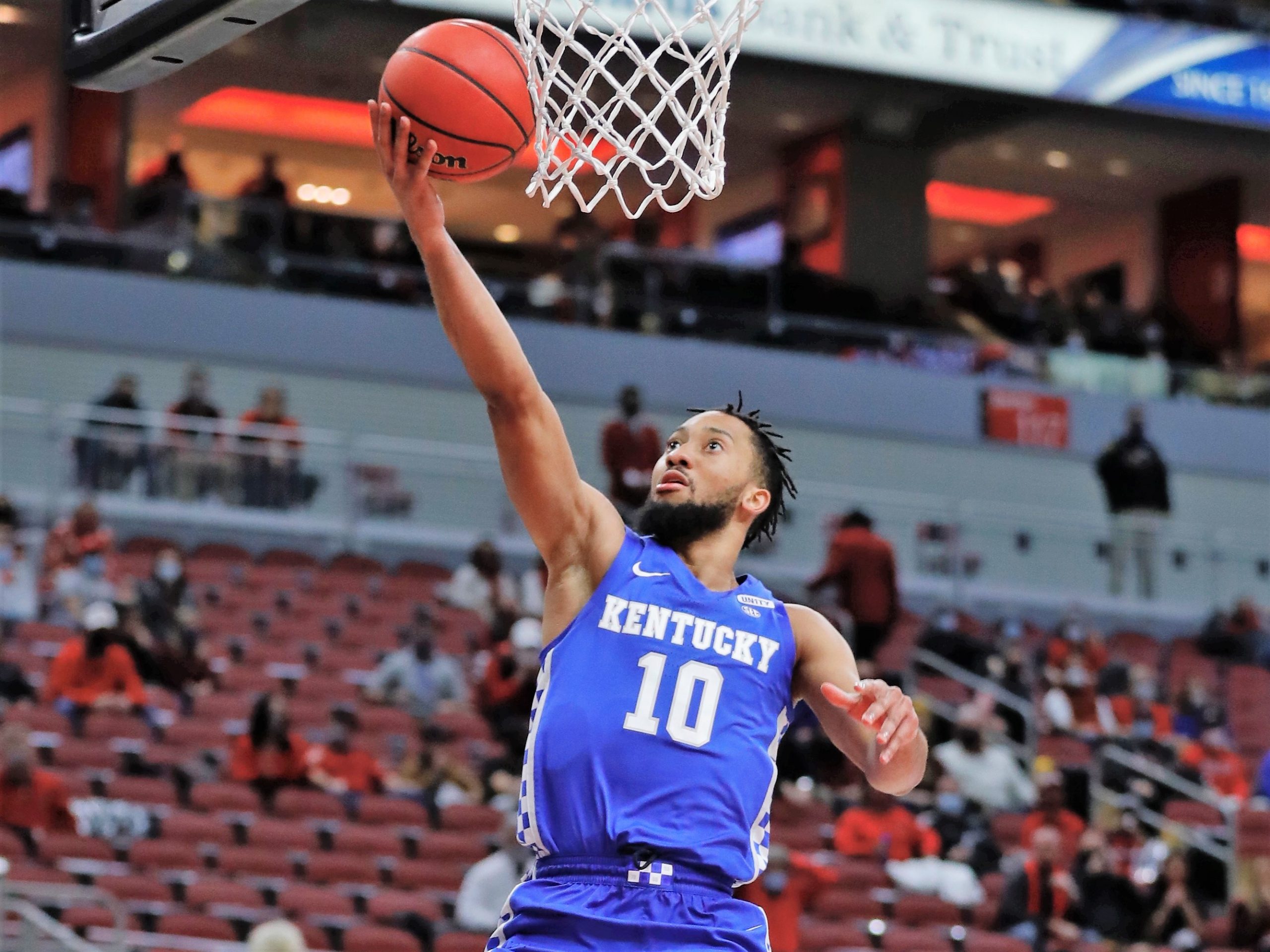 Kentucky trailed for over 24 minutes of the game.

Throughout the John Calipari era, Kentucky has had great success against Louisville. The Cats entered Saturday’s matchup with an 11-2 record under Calipari against the in-state rival and an all-time record of 37-16. Despite the historical success, UK was unable to defeat UofL on Saturday.

The teams exchanged leads in the first half, but neither led by more than five points. In the second half, the Cats never led after the 13:41 mark and Louisville won the game 62-59.

Davion Mintz, who entered the game leading UK in assists and 3-pointers made, led the Cats in scoring with 19 points and went 4-of-6 from 3-point range. Sophomore forward Jacob Toppin did not start the game, but accounted for 10 points on 5-of-7 shooting from the field and six rebounds.

After the game, Calipari seemed relatively positive. Calipari said, “They’re trying. We’re getting better. We’re doing some good stuff, but losing stinks. It just stinks. We gotta right the ship at some point.”

Kentucky is now 1-6 and has lost its last six games, while Louisville is 6-1 on the season. The Cats’ next game is scheduled to be at Mississippi State on Saturday, Jan. 2 at 6:00 p.m.