CATS lose to Cocks in Game 1 of Critical Series 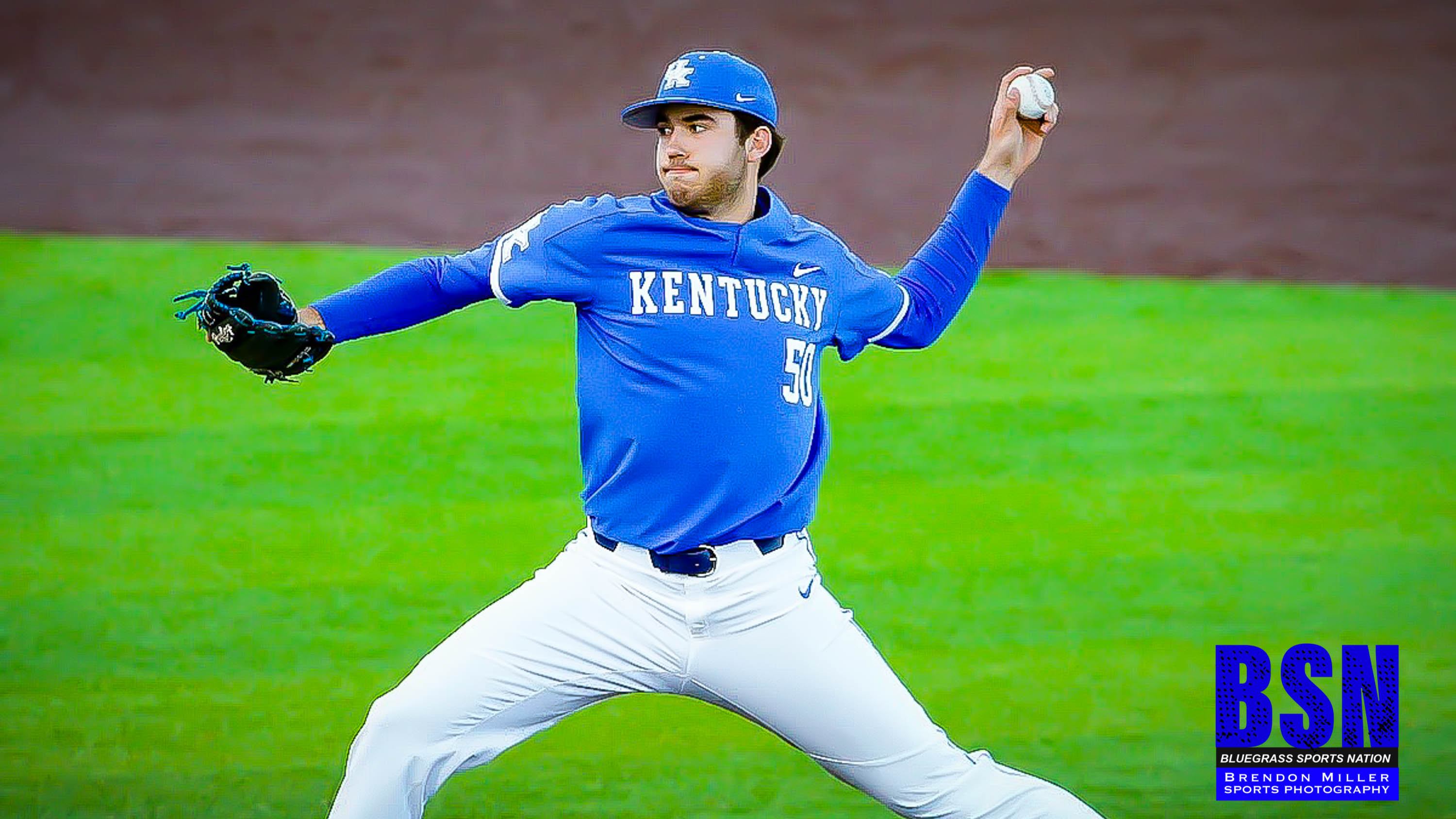 COLUMBIA, S.C. – South Carolina got a leadoff home run from Andrew Eyster in the seventh inning to score a 5-4 comeback victory over Kentucky in the opener of a critical three-game series at Founders Park.

With five games remaining in conference play the Cats and Gamecocks are deadlocked in the race for the final SEC Tournament berth at six wins. Alabama also has six league wins with Friday night’s result against Texas A&M pending.

Kentucky (24-25, 6-19) took a 1-0 lead in the first inning by manufacturing a run after Ryan Johnson’s double to open the game and later erased a 3-1 deficit with a three-run fifth inning rally. In the two-out uprising, Elliott Curtis drew a walk and Coltyn Kessler was hit by a pitch. After a wild pitch moved both runners up a base, Ryan Shinn ripped a single past third base to score a pair of runs and went to second on the throw home, which allowed him to score on T.J. Collett’s single to right field.

The Gamecocks tied the game in the sixth after a leadoff walk came around to score before Eyster hit the game-winning home run into the left field bleachers to open the seventh inning. Although UK hit a pair of balls hard in the ninth it did not put a runner on base after falling behind.

With rain expected to hit Columbia later in the afternoon, Saturday’s game was moved up an hour and will begin at 11 a.m. ET. It will remain a live broadcast on the SEC Network.

Top 5th – With two outs, Curtis walked and Coltyn Kessler was hit by a pitch. Both runners moved up on a wild pitch. Ryan Shinn singled to LF, scoring Curtis and Kessler with Shinn advancing to second on throw home. T.J. Collett singled to RF, scoring Shinn. UK 4, South Carolina 3.

Bottom 6th – Allen walked to open the inning. Wes Clarke singled to LF with Allen moving to third on a fielding error in LF. Allen scored on a squeeze bunt by Jonah Beamon, who reached on the fielder’s choice. UK 4, South Carolina 4.

·         Kentucky has scored in 113 consecutive games and 189 of the past 190 dating to the 2016 season. The lone shutout came in a seven-inning game. The current streak is the second-longest in school history.

With rain expected to hit Columbia later in the afternoon, Saturday’s game was moved up an hour and will begin at 11 a.m. ET. It will remain a live broadcast on the SEC Network.

The UK Sports Network will have the radio call.