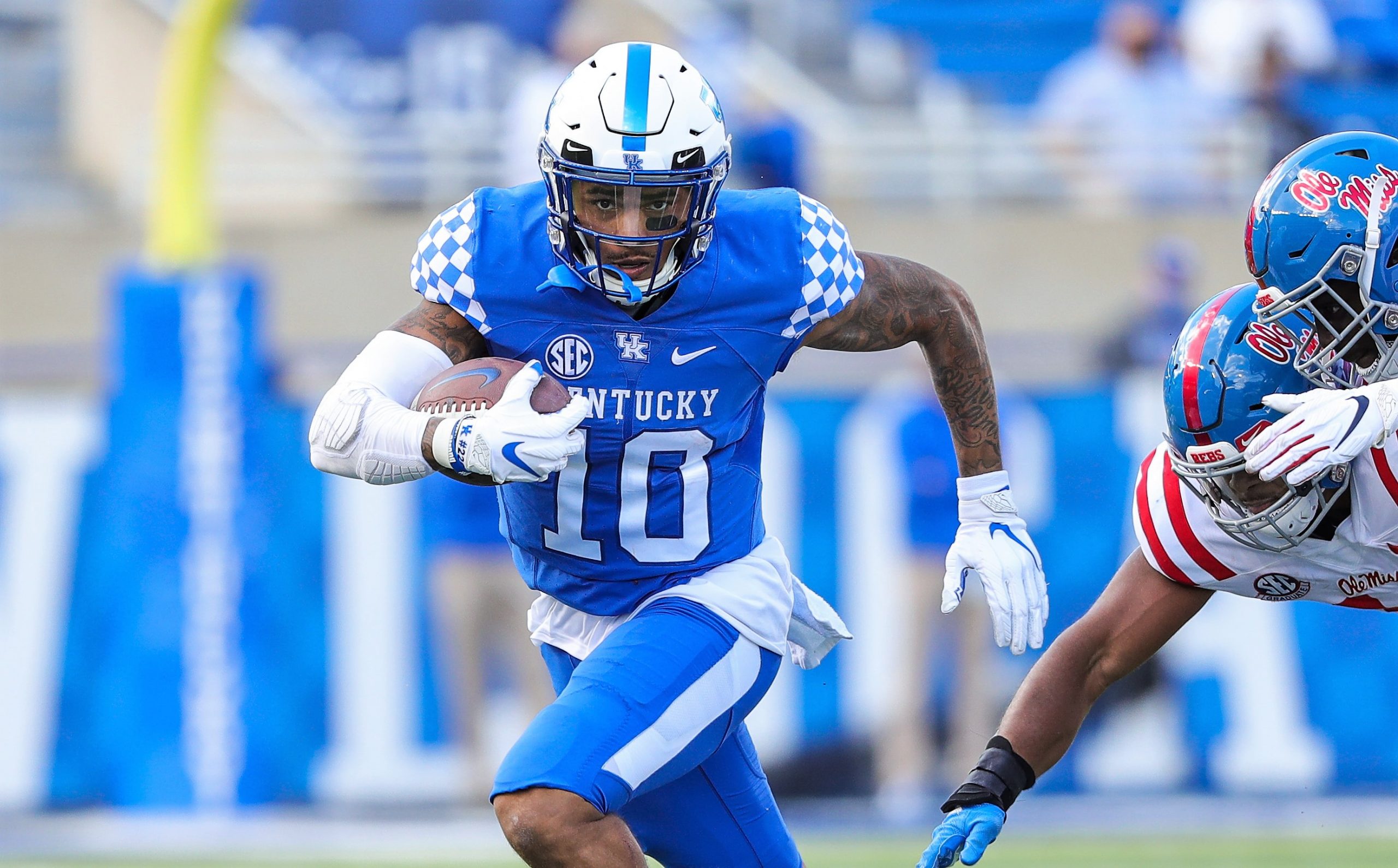 The Wildcats have now lost their last two matchups against the Rebels.

The Kentucky Wildcats hosted the Ole Miss Rebels on Saturday afternoon. Due to the ongoing pandemic, only 12,000 fans filed into Kroger Field. It was a sunny, beautiful, fall afternoon in Lexington with a temperature of 64 degrees at kickoff.

Game Recap:
Ole Miss jumped out to a 7-0 lead, but the Wildcats responded with a 72-yard rush by A.J. Rose. The run should have resulted in a 75-yard TD for the senior, but he started celebrating prematurely and was tackled at the Ole Miss three-yard line.

Two plays later, Rose fumbled the ball and the Rebels recovered it on their own two-yard line. It looked as though Rose might have crossed the goal line with possession of the ball, but after review, the ruling on the field stood as called.

After a defensive stand by UK, the ensuing drive featured Kentucky QB Terry Wilson scoring on a four-yard TD run with 7:36 left in the opening quarter. The game was tied 7-7.

Following an Ole Miss punt, the Cats put together an eight-play, 80-yard drive that was capped by a two-yard TD run by Rose. The Cats owned a 14-7 lead with 1:33 to go in the first quarter.

The Rebel offense responded early in the second quarter with a 14-yard touchdown pass from QB Matt Corral to tight end Kenny Yeboah. The game was tied 14-14 with 13:19 to play in the first half.

With 29 seconds left in the second quarter, UK’s offense found the end zone on a 22-yard touchdown run by Wilson. At halftime, Kentucky led 21-14.

Kentucky got the ball to begin the third quarter and put together a methodical drive that resulted in a 22-yard touchdown run by running back Chris Rodriguez. The Cats’ 10-play drive featured just one pass attempt. Kentucky led 28-14 with 10:41 remaining in the third quarter.

On the following possession, the UK lead was trimmed to 28-21 when Corral connected with wide receiver Jonathan Mingo on a 24-yard TD pass. The Wildcat offense responded by moving the ball into Ole Miss territory, but Matt Ruffolo’s 49-yard field goal attempt was no good.

Early in the fourth quarter, the Rebels tied the game 28-28 when Corral connected on a 16-yard TD pass to Mingo. On the next possession, Kentucky turned the ball over on downs. The Rebels responded with a one-yard touchdown run by sophomore running back Snoop Conner. Ole Miss led 35-28 with 8:23 to go in the fourth quarter.

The Cats answered with a 12-play, 75-yard drive that lasted 6:19 and resulted in a one-yard touchdown run by sophomore running back Chris Rodriguez. At the end of regulation, the score was 35-35.

In OT, Kentucky received the first possession. The Cats scored a TD in just three plays, but Matt Ruffolo missed the extra point, which proved costly. On Ole Miss’ possession, a defensive pass interference penalty on UK cornerback Kelvin Joseph set up the Rebels at the UK two-yard line, which essentially ended the game. Two plays after Joseph’s penalty, Ole Miss scored a touchdown and converted the extra-point attempt. The final score was 42-41 in favor of Ole Miss.

Brief Analysis:
Kentucky football fans have experienced a number of crazy and unfortunate endings, but that does not make the loss any easier to handle. Ultimately, this was a game that Kentucky could have very easily won. To me, the four mistakes and/or plays that had the biggest impact on UK losing were Rose’s early celebration, his fumble later that drive, the missed field goal, and the missed extra point. If Kentucky had avoided a couple of those mistakes, there is a good chance that they would have been victorious on Saturday.

What’s Next?
Kentucky’s next game is scheduled for Oct. 10 as the Cats will host the Mississippi State Bulldogs at Kroger Field.