Cats Moving On get even with UCLA 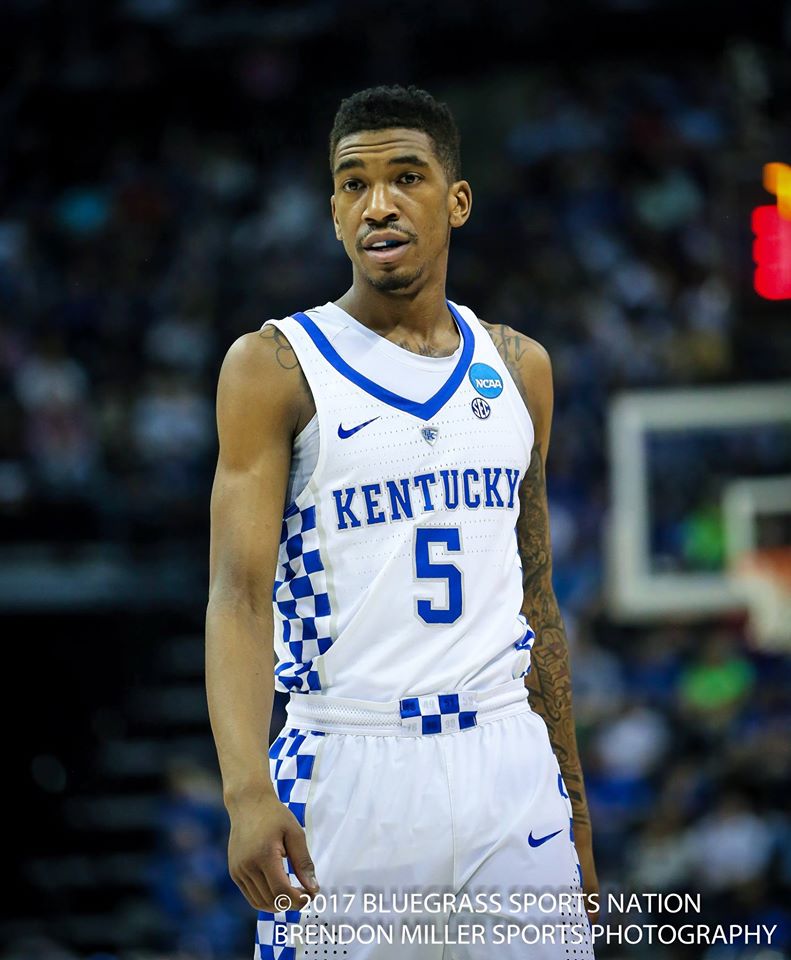 Ty Back – Eight years ago this month, John Calipari left Memphis for the greener pastures of Lexington, KY.  While coming to Memphis over the past few years to recruit and visit friends, last night was his first time back on the sidelines in FedExForum (yes it has to be written like that).  A night where number two seeded Kentucky took on number three seeded UCLA for a right to move on to the 2017 NCAA South Region Final to take on the North Carolina Tarheels on Sunday.

After losing to the Bruins in December in Rupp after being named then, number one team in the country, Kentucky was looking to avenge the loss in a much bigger setting.

The game began with a quick foul from Derek Willis and then a sweet jumper by Fox on the other end and UK led 2-0.  UCLA came right back with a couple 3-point shots and went up by four.  Both teams seemed to be playing great throughout the half and traded the lead 13 times before halftime.  At the half, UK led 36-33.

After halftime it was a ‘defense optional’ game while both teams traded baskets on both ends of the floor.  Neither team could pull away.  In the meantime, Fox and Monk quietly poured in one shot after another pulling the cats away to a 86-75 victory over the Tarheels.

De’Aaron Fox led the way with 39 points both a career high for him and a record point total for a freshman in a NCAA Tournament game.  Malik Monk  was the second leading scorer for the Cats with 21.

The Cats move on to play UNC Sunday at 5:00 for a chance to go to Phoenix for the Final Four.  After a win over UNC in Vegas early on in the season UK will play in the second high profile rematch of the tournament.  If Fox and Monk duplicate their performance defense and rebounding will still play a major factor in a Cat’s win.