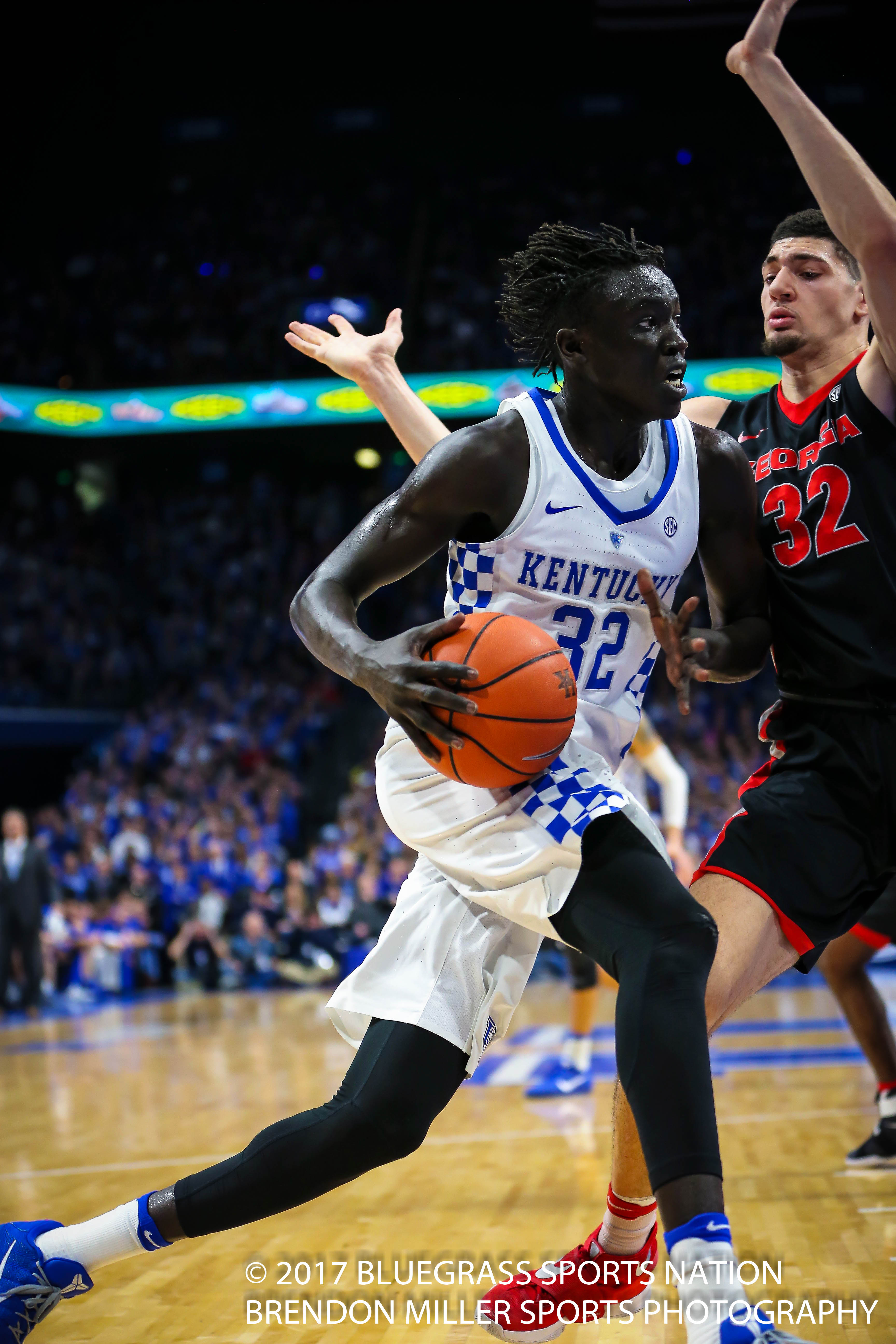 Gabriel drives to the hoop vs Georgia – Photo by Brendon Miller

In a wild roller-coaster type of game, it took an extra period for the Wildcats to put down the Georgia Bulldogs 90-81.

With DeAaron Fox, Mychal Mulder and Sacha Killeya-Jones sitting out the game due to flu like symptoms.  The Wildcats were already fighting an uphill battle to avoid their third straight loss.  When Georgia jumped out to a 12-0 lead to start the game, it looked as though another defeat was inevitable.

Kentucky was out of sync to start the contest and did not score their first basket until almost four minutes into the game.  With the Cats struggling to come up with any offense the Bulldogs took advantage and stretched their lead to fourteen at 19-5.  Although the Cats never found their shooting eye in the first half only putting in 28 percent of their shots.  The Cats did scratch and claw their way back to a 29-29 tie at the half.

The second half was the Malik Monk show.  The 6-foot-3 freshman shooting guard scored 31 of his game high 37 points after intermission, including a jumper with 7 seconds to go in the game that sent it into overtime.

Senior Dominique Hawkins scored a basket 15 seconds into the overtime and the Wildcats never trailed in the extra period as they controlled the final 5 minutes and pulled away for the 9 point win.

Surprisingly a zone defense for Kentucky helped the Wildcats steady themselves and gain the confidence for the win.  “I don’t know how we won, to be honest,” said Coach John Calipari.  “We went zone, and I’ve got to give credit to Tony Barbee, I’m not a zone coach. I don’t like zone, and for two days we’ve been playing zone,” he said.

It’s kind of ironic that it has been zone defenses that have slowed the Wildcats all season and this time the tables were turned as the Cats used a zone to pull out a win.

The Wildcats are now 18-4 on the season and 8-1 in conference play.  The Wildcats will travel to Gainesville on Saturday to take on the 24th ranked Florida Gators.