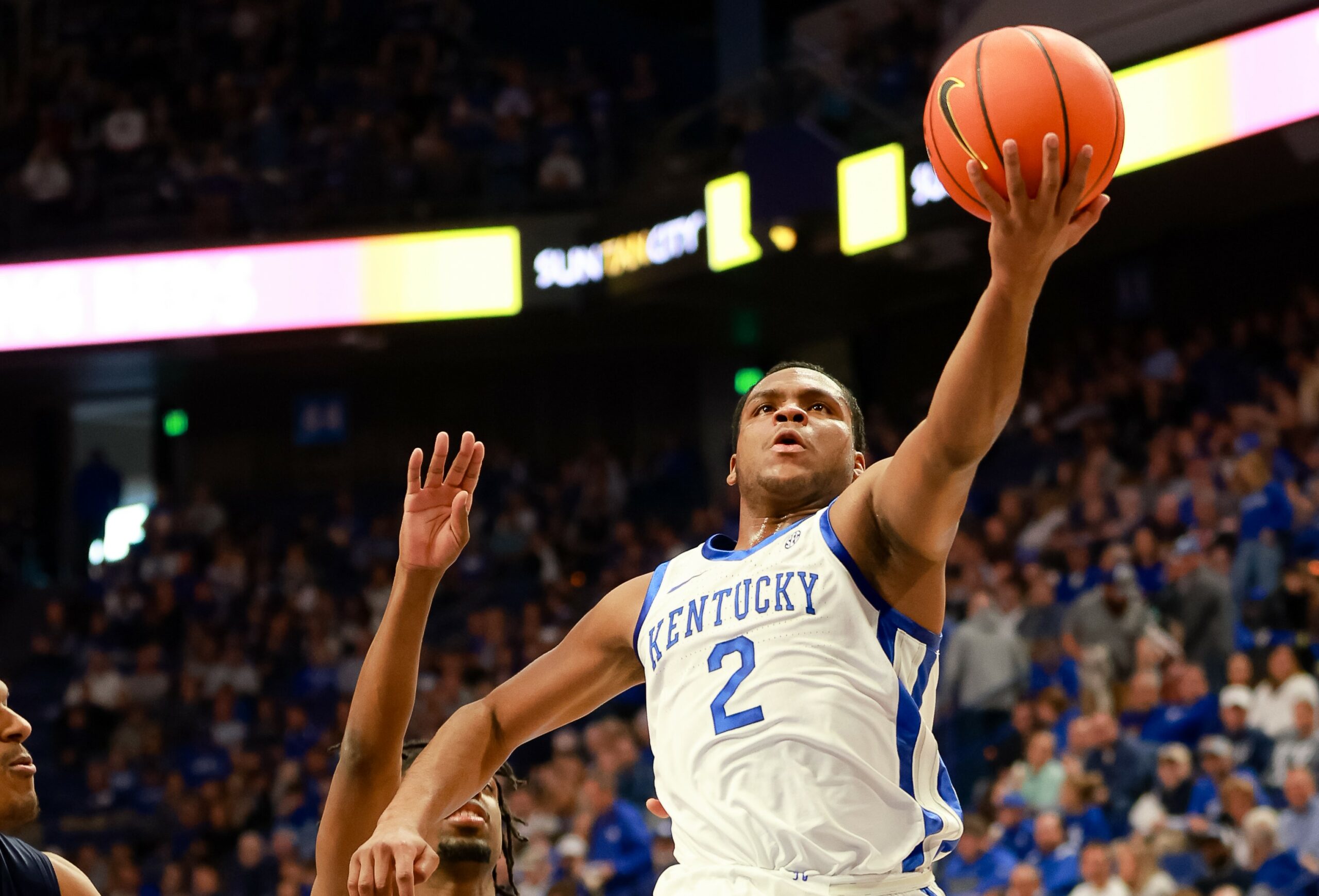 After the poor performance against Gonzaga Kentucky fans, players, and coaches needed a victory to get the bad taste out of their mouths before tomorrow’s Thanksgiving Dinner. Today’s midday matchup against the Ospreys of North Florida was heavily favorited in Kentucky’s favor and the Wildcats didn’t disappoint. Kentucky easily handled North Florida and won 96 to 56.

Kentucky established their dominance early going on a 9-0 run and gained a 14 to 5 lead and the Wildcats did not look back from there. The first half ended with the Cats up 54-23. The 31 points was the largest lead for the Cats in the first half. The Wildcats were led by Antonio Reeves who scored 18 points in the first half, making 4 of his 5 three-point shots. Kentucky shot 54% from the field and forced 7 turnovers in the first 20 minutes.

The Wildcats intensity dropped in the second half as the win became evident and Cats only outscored the Ospreys by 9 points during the last half of play. Jacob Toppin and Antonio Reeves led Kentucky in scoring with 20 points each. Oscar Tshiebwe came close to a triple-double with 16 points, 15 rebounds and 5 assists. As a team, the Wildcats outrebounded North Florida 50 to 35 and scored 22 second chance points.

The Wildcats controlled the game defensively which Kentucky used to score 20 fast break points. The Cats had 9 blocks and 7 steals. The Osprey’s 16 turnovers allowed 17 points off turnovers for the Wildcats.

Antonio Reeves started the game in place of CJ Fredrick today. Fredrick only played for 11 minutes and only scored 2 points and gained 2 assists.

Free-throws have been a thorn in the Wildcats side all season, but tonight the Cats shot 81 percent from the line. Chris Livingston helped the percentage hitting all seven of his free-throws.

The Wildcats next game is a home game against Bellarmine on Tuesday Nov. 29th at 7 pm. It will be the Wildcats last game before heading to London to play Michigan.