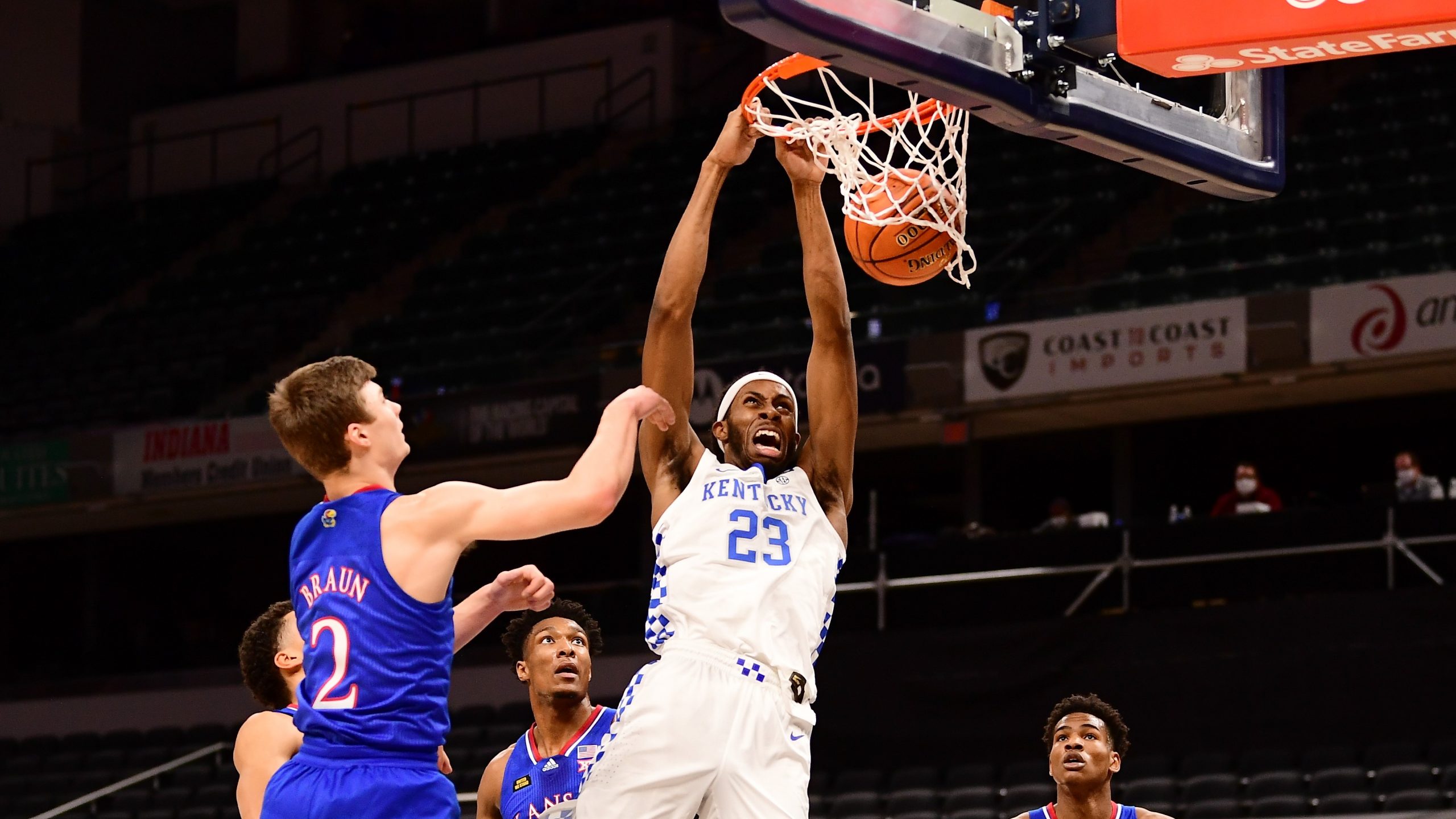 Kentucky will get a fresh start when it opens the Southeastern Conference portion of the schedule Saturday at Mississippi State.

“These are the games that truly honestly count, in my opinion, to build on to when we get into March Madness, winning the league and things like that,” Kentucky freshman Isaiah Jackson said Thursday. “We had a good week of practice this whole week. We’re practicing really hard. I feel like we’re ready.”

The Wildcats carry a six-game losing streak into the league opener but are far more focused on themselves as opposed to the Bulldogs. Kentucky’s scheduled conference against South Carolina Tuesday was postponed, giving the Wildcats (1-6) more time to prepare for the rest of the season.

The Wildcats dropped a 62-59 decision to Louisville last Saturday, but Justus said ending the skid will depend on paying attention to the little things.

“That’s what we’re focused on doing on Saturday is executing, playing hard, and hopefully if you worry about and focus on those small details the big things will come about,” he said.

Kentucky coach John Calipari likes the way the Wildcats are “fighting” behind the scenes. In an effort to break up the seven-day hiatus between games, the Wildcats held a closed scrimmage against Transylvania and the Kentucky coach the next step is to “finish off a game” and admits “it’s not going to get easier.”

“We’re in a tough league,” Calipari said. “It’s going to be hard. No one is going to give us a game and no one feels bad for us. We’re going to have to go take one. And so that’s the mentality, but I’m focused on how do we get the execution offensively so we can get better shots – shots we can make.”

The Bulldogs (6-3, 1-0 SEC) opened league play with an 83-73 win over previously unbeaten Georgia (7-1, 0-1) Wednesday night in Athens, giving Mississippi State a dose of confidence going into Saturday’s game against the Wildcats.

“Any time you win a game in the SEC, it’s special,” Mississippi State coach Ben Howland said. “It is hard to do. This league is so tough, so many good players, so well-coached. The team we played tonight had made multiple comebacks in their previous seven games.

“We knew they weren’t going to fold up their tent. They were going to come at us hard, and they did. We really withstood a number of challenges.”

Jackson is confident the Wildcats can bring the same challenge to Starkville.

“I just feel like we can start winning,” he said. “And now everybody on this team has got that mentality of just winning and just trying to win. It’s a fresh start. Everybody’s got the mentality of a fresh start. We’re just going to come out and hoop and do our thing.”