CATS Roar in 2nd Half in Defeat of Georgia 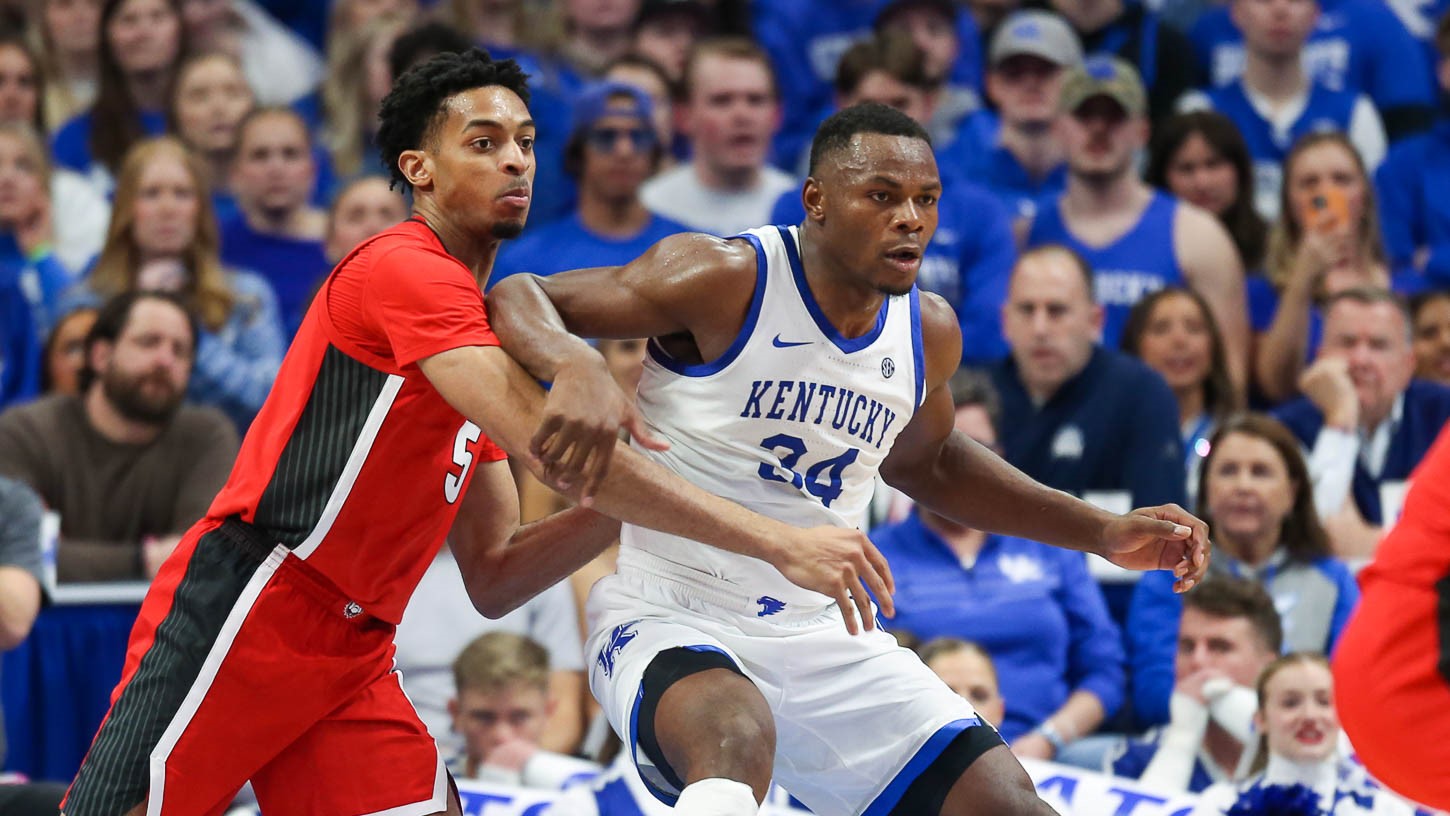 After the win against the 5th ranked Volunteers the Wildcat faithful filled Rupp Arena tonight to watch their team face off against the Georgia Bulldogs. The anticipation to see if the Cats would continue the motivated play that found them success in Knoxville.

There was a vast difference in the first and second halves. The first half displayed the lackadaisical play with no effort that haunted this team prior to the Tennessee win. The second half, however, looked like the team the fans wanted to see with effort and intensity. The Cats won pulling away 85 to 71.

The Wildcats trailed for most of the first half only taking the lead once 14 to 13. The effort on display in Knoxville was there early, but the team fell back on old habits after several bad calls from the officials. The Cats shot 33% and allowed Georgia to shoot 56% from the field and found themselves losing 34 to 42 at the half.

The only bright spot for the Wildcats in the first half was their free throw shooting. The Cats made 10 of their 11 attempts. Oscar Tshiebwe made 6 of his 7 free throw attempts and led Kentucky with 14 points and 9 rebounds.

Tshiebwe came out of the locker room and scored the first 9 points for the Cats pulling the Cats back within 2 points. After grabbing his missed free throw, Oscar passed the ball to an open CJ Fredrick who knocked down a three pointer. This gave the Wildcats their first lead since 11:04 in the first half. The Bulldogs retook the lead one last time with 16:12 left in the game, but the Wildcats continued their great play and pulled away for good. The Cats won 85 to 71 which was their largest lead of the game.

Oscar Tshiebwe played like the All-American that he is. Tshiebwe scored a career high 37 points and grabbed 24 rebounds. He also scored 11 of the first 14 second half points for the Wildcats which pushed them in front of the Bulldogs for good.

The biggest take away from the game is that, even though there is a place and time to play Sahvir Wheeler, the line-up of Wallace, Fredrick, Reeves, Toppin, and Tshiebwe should see the majority of the playing time. Wheeler logged ten minutes in the first half and the Wildcats were outscored 42 to 34. With Wheeler only playing one minute in the second half the Cats outscored the Bulldogs 51 to 29.

Kentucky’s defense was much better in the second half holding Georgia to 36% from the field while making 54% of their own shots. Kentucky stole the ball 9 times and blocked 5 shots forcing 11 turnovers.

Even though he had a poor shooting night, making only 3 of his 10 attempts, Jacob Toppin tallied a double-double with 11 points and 11 rebounds. Cason Wallace had 17 points and made 2 of his 4 three-point shots.

Kentucky will face a much tougher challenge on Saturday when they face Texas A&M at 2pm. The Aggies remain undefeated in conference play and are on a six-game win streak. It will be interesting to see which players log the most minutes and if production remains up with previous discussed line-up. 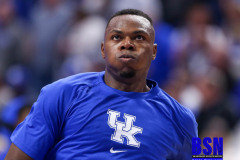 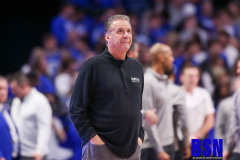 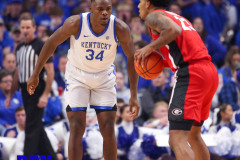 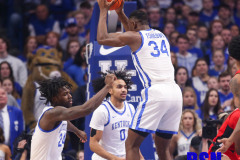 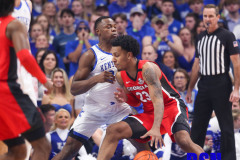 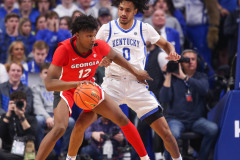 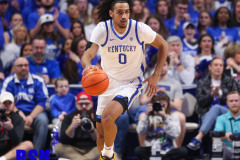 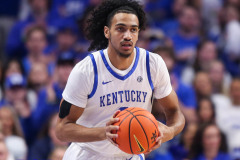 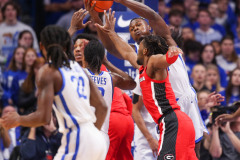