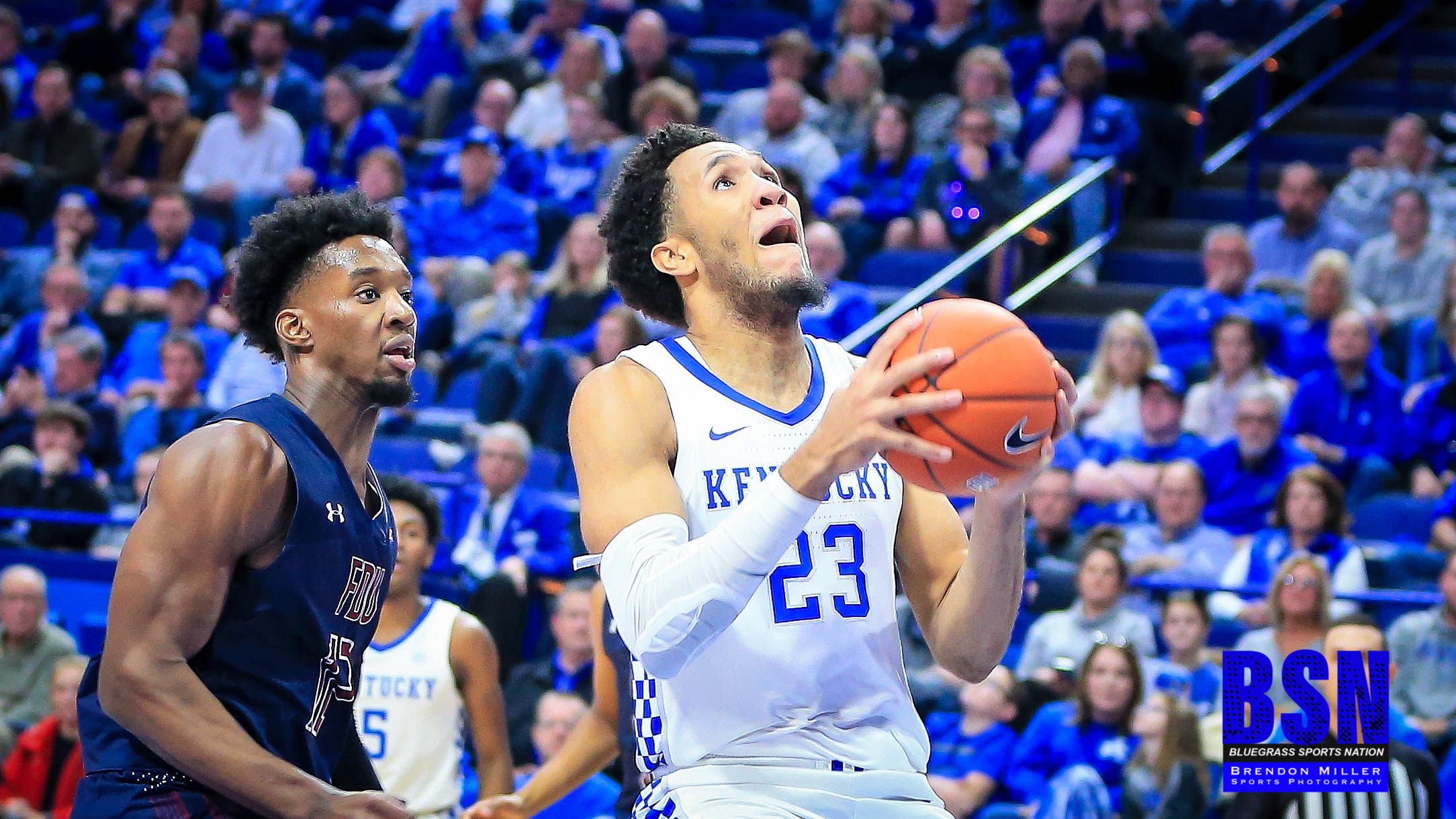 It was a feel-good night for BBN as the Cats looked impressive in their 31-point victory over Fairleigh Dickinson. BBN came out in full force to the contest as 20,080 fans were in attendance.

In the First Half…
Kentucky held a 9-7 lead four minutes into the game. From there, the Cats went on a 26-6 run to take a 35-13 lead with 5:41 to play in the first half. Immanuel Quickley ignited the run with seven of the run’s first nine points. At halftime, UK led 43-23, which is tied for the second-largest halftime lead of the season for the Cats.

In the Second Half…
The Cats rolled to an 83-52 victory. E.J. Montgomery and Keion Brooks Jr. combined for 22 points on 9-of-15 shooting from the field. UK went 11-of-12 from the free throw line; Ashton Hagans went 7-for-7. Kentucky recorded 12 assists in the second half.

Player Notes:
E.J. Montgomery posted a career-high 25 points on 12-of-16 shooting from the field. Montgomery had 16 points in UK’s last game which was, at the time, his career-high.

Montgomery had 14 points and seven rebounds at halftime. He finished with nine rebounds, one shy of recording what would have been his second career double-double.

Nick Richards scored double-digits for the fifth consecutive game with 12 points on the night. Richards led all players in rebounds with 10 boards on the night.

Keion Brooks Jr. recorded a career-high 15 points on 6-of-11 shooting from the floor.

What’s Next:
Kentucky’s next game is against Georgia Tech on Saturday, Dec. 14th. The game will begin at 5:00 p.m. and will air on ESPN.