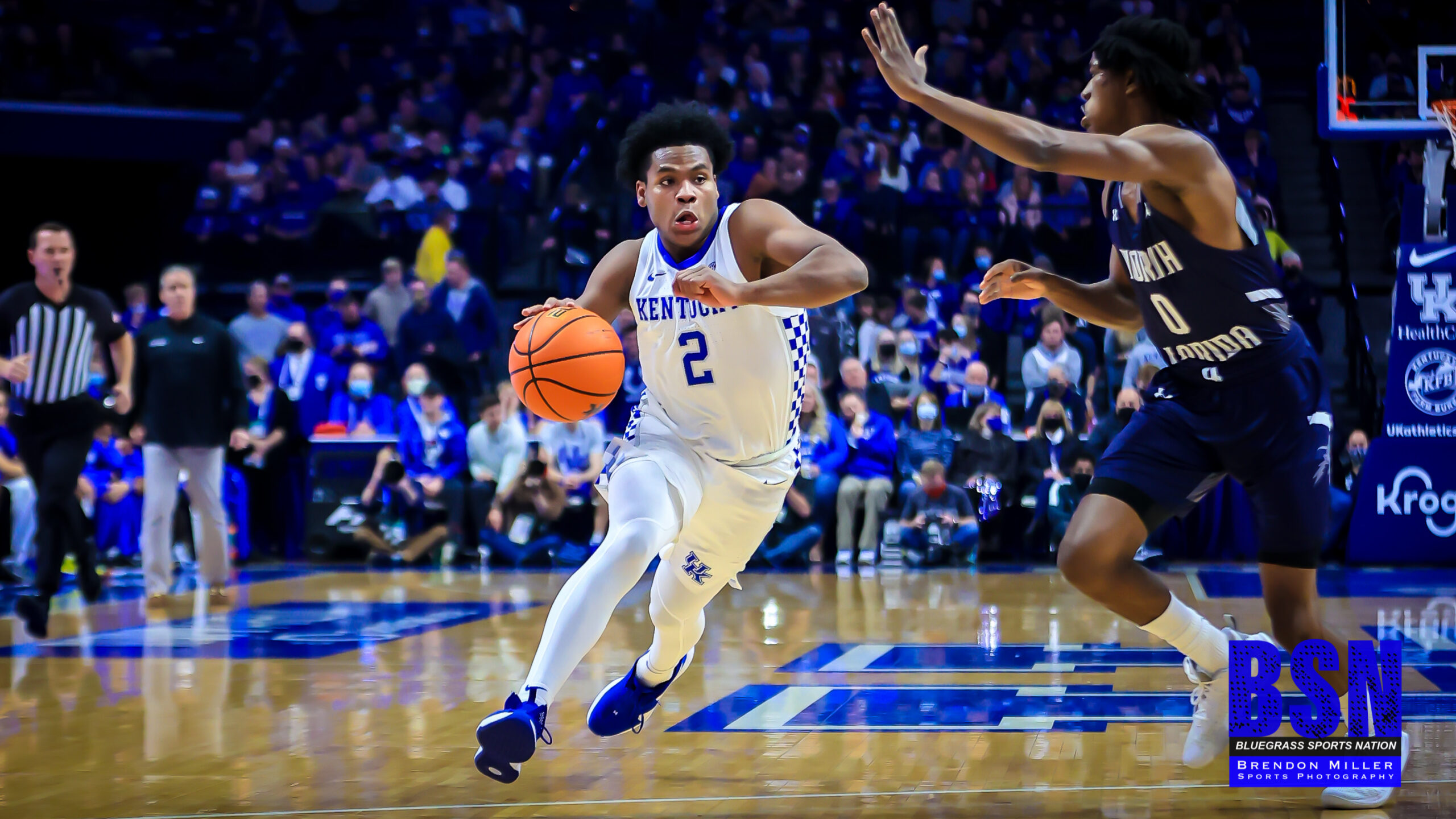 CATS Now 5-1, Back in Action Monday

Kentucky got off to a slow start yet again, being down 14 to 10 with 10:42 left in the first half, Dontaie Allen drew a foul from two-point range, making both free throws to cut the deficit to 14 to 12. Kentucky took the lead with 5:58 remaining, with a fast break lay up by Wheeler to give the Cats an 18 to 12 lead. The very next possession, Wheeler got a steal and finished on the offensive end in transition, to give the Cats a 20 to 16 lead. Oscar Tshiebwe got a defensive rebound, getting out in transition for an assist to Daimion Collins for a breakaway dunk to give the Cats a 24 to 18 lead. Kentucky went on a twenty-three to seven run to end the first half pulling away from Northern Florida.

Kentucky went into halftime with a 37 to 23 lead over Northern Florida. Kentucky was led offensively by Sahvir Wheeler with eight points, Daimion Collins with eight points, TyTy Washington with seven points, and Oscar Tshiebwe with seven points. Oscar Tshiebwe led the Cats on the board, grabbing eleven rebounds for the first twenty minutes of play. Kentucky outrebounded Northern Florida twenty-four to seventeen at the end of the first half. The Cats turned the ball over nine times, which is something they seem to still be struggling with this season. The Cats shot 1-12 from three-point range in the first half of play, totaling to 8% for the half.

The Cats came out the second half, picking up right where they left off. Dontaie Allen hit a three early in the second half to give the Cats a 46 to 28 lead with 16:23 to play, giving Allen his fifth point of the night. Wheeler forced a turnover, finishing on the other end with a fastbreak layup giving the Cats a 54 to 30 lead with 13:34 remaining in the game, forcing the Ospreys to call a timeout. TyTy Washington hit a mid-range jumper with 5:14 to play in regulation, to put the Cats up 72 to 40, that started emptying seats in Rupp Arena. The very next possession, Bryce Hopkins got in the scoring column for the first time tonight, hitting a three pointer, to put the Cats up 75 to 42. Dontaie Allen hit another three, putting him in double-digits for the game, with 2:34 to play, giving the Cats an 84 to 47 lead.

Kentucky improves to (5-1) on the season with a final score of 86 to 52, making that five consecutive wins in a row. The Cats were led offensively by TyTY Washington finishing up with fourteen points, Dontaie Allen with fourteen points, Daimion Collins with twelve point, Oscar Tshiebwe with twelve points, and Sahvir Wheeler with twelve points. The Cats were led on the boards with Oscar Tshiebwe finishing with sixteen boards on the night. The Cats outrebounded the Ospreys fifty to thirty-three tonight. Kentucky still managed to turn the ball over fifteen times tonight, which is something they really need to improve moving forward before conference play. The Wildcats take the court again Monday night at Rupp Arena, hosting the Central Michigan Chippewas at 7 PM.